'His bloodlust is rising up': Report warns Trump is looking for 'vengeance' 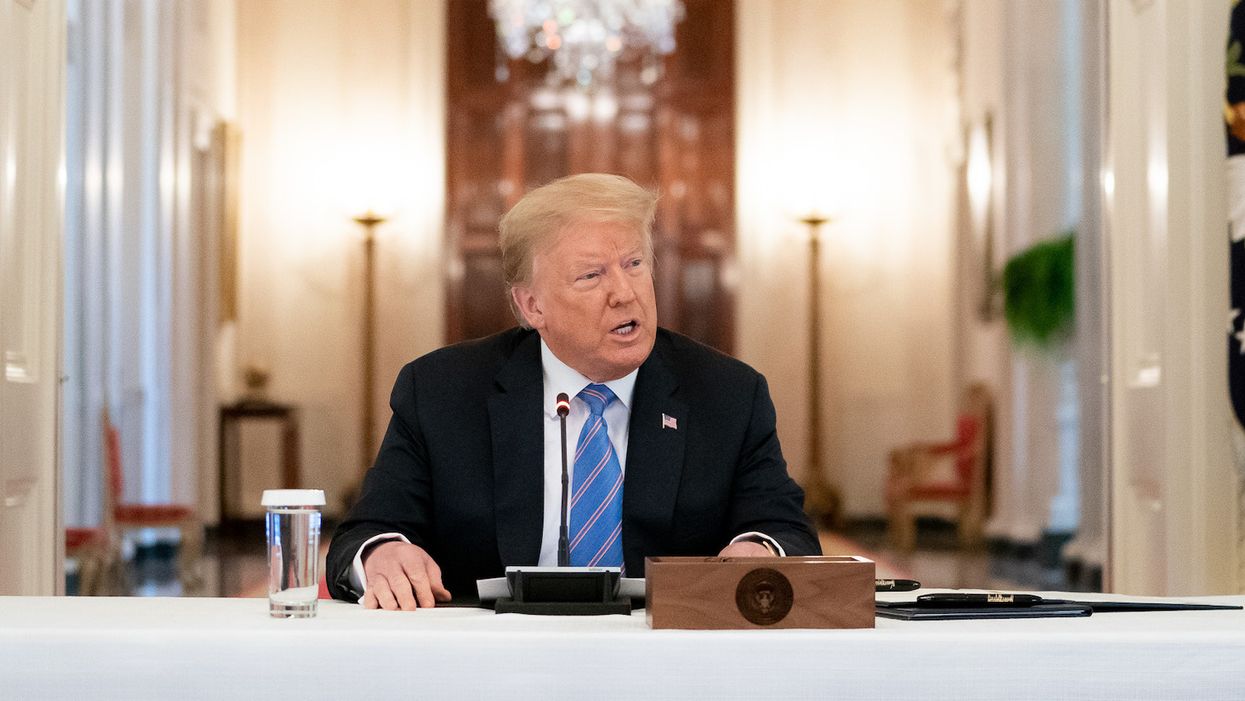 When presidents are voted out of office — whether it's Gerald R. Ford in 1976, Jimmy Carter in 1980 or George H.W. Bush in 1992 — they typically lick their wounds, give a concession speech and go about telling the winner what they will need to know after being sworn in as president. But President Donald Trump has yet to concede to President-elect Joe Biden, preposterously claiming that he was robbed of reelection by widespread voter fraud.

Business Insider, Sheth explains, interviewed some "national security veterans" to get an idea of what to possibly expect from Trump during this lame-duck period. One of them was Bob Deitz, former general counsel for the National Security Agency.

Deitz told Business Insider, "One worries that a person like Trump, who's pissed off at the world and sitting there sucking his thumb and feeling sorry for himself, will wake up at 3 in the morning and tweet something that could be really destabilizing. There's also the concern that he might just — and he's been trying to do this — declassify information about Russia because of his vendetta over the Mueller investigation."

According to Deitz, "Trump seems to wake up every day with a kind of anxiety or hatred. He didn't get reelected; so, he's in vengeance mode. His bloodlust is rising up. And he'll go after people like (FBI Director Christopher) Wray and (CIA Director) Gina Haspel."

Former CIA operative Glenn Carle told Business Insider that he is more worried about what Trump will do in the weeks ahead than he is about Trump refusing to leave the White House on January 20.

"In both a proactive and reactive sense, there are many things, including within the intelligence community, that could be significantly delayed even with an acting leader there to replace the person who's been fired, no question," Carle explained. "If the quarterback disappears, you can still run an offense, but how well you're going to do it is questionable."

A former U.S. Department of Justice official, interviewed on condition of anonymity, warned that from a national security standpoint, Trump could cause a lot of problems before leaving office.

That ex-DOJ official explained, "In terms of damage that can be wrought, if Donald Trump wants to make some really atrocious choices as president on his way out, he can probably do more damage that way than just blinding the incoming president…. He can make some terrible foreign-policy choices. He can attempt to eliminate key folks in the government as he's already done."

Former National Security Adviser John Bolton and former Homeland Security Jeh Johnson, both interviewed by ABC News' Martha Raddatz over the weekend, stressed that it is ridiculous that Biden isn't getting the President's Daily Briefing — which presidents-elect usually gain access to. But Heather Heldman told Business Insider that Biden's "personal knowledge of the interagency process" is "quite extensive" and that he knows a lot about national security.

"President-elect Biden and those around him certainly know what questions to ask and of whom to ask them on Day One," Heldman noted. "And that is a stabilizing factor."