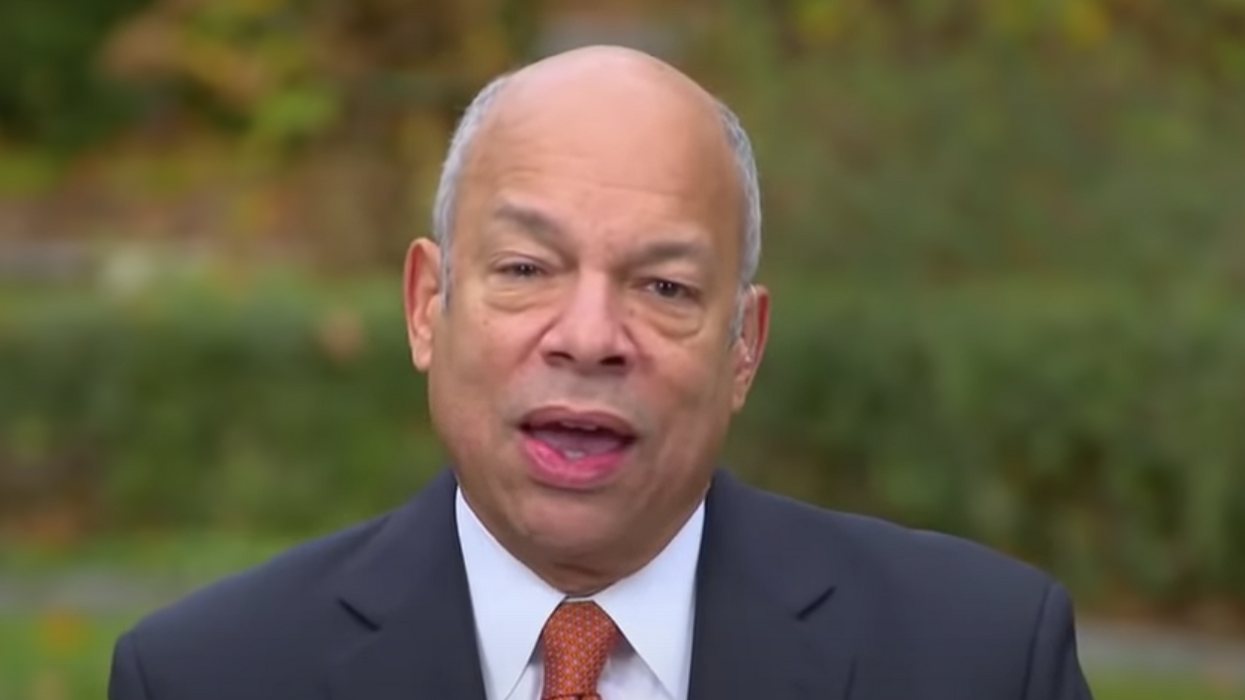 During a lame-duck session, one of the things that outgoing presidents typically do is share important intelligence and national security matters with the president-elect. But President Donald Trump is not only refusing to acknowledge that Joe Biden is president-elect — he is also cutting him off from the highly classified President's Daily Briefing. And when ABC News' Martha Raddatz interviewed two national security specialists on "This Week" on Sunday, November 15 — first John Bolton, then former Homeland Secretary Jeh Johnson — both of them stressed that it is a dangerous situation when an incoming president is cut off from vital intel/national security information.

The 71-year-old Bolton, a neocon war hawk who served as Trump's national security adviser but is now a vehement critic of the outgoing president, told Raddatz that it is "critical" for Biden to be up-to-date on intel and national security matters.

"We need a transition, and we need to proceed with it as soon as we can," Bolton told Raddatz.

Bolton discussed Trump's baseless claims that the 2020 presidential election was plagued by rampant voter fraud, denouncing those claims as nonsense.

When Raddatz asked Bolton to discuss Trump's refusal to concede, he responded, "if he had any character, I would say it's perfectly in character."

After Raddatz interviewed Bolton, she brought on the 63-year-old Johnson — who was equally critical of Trump and warned that the president is endangering the U.S. from a national security standpoint.

Johnson, who served as national secretary of the U.S. Department of Homeland Security under President Barack Obama, told Raddatz, "A new government cannot start on January 20 from a standing-still position…. Intelligence briefings are your eyes and ears."

Johnson explained that after Trump defeated Democratic nominee Hillary Clinton in the 2016 presidential election, he made a point of going to Trump Tower in New York City to meet with the incoming president and discuss intel and national security matters with him. Johnson believed it was vitally important that then-President-elect Trump be brought up-to-date on such matters, but regrettably, Johnson told Raddatz, Trump isn't showing that type of courtesy to Biden.

Johnson explained, "During the transition four years ago, I personally visited Trump Tower to tell him things before he became president that I thought he'd rather hear directly from the secretary of homeland security, and I know he appreciated it. So, it's a disservice to the American public, it's a disservice to our national security to make the incoming government wait until January 20 to actually begin to get up to speed on a myriad of issues."

Raddatz asked Johnson if he would consider serving in the incoming Biden Administration in some capacity — perhaps as national security adviser. The former DHS secretary responded, "As a patriotic American…. I'd certainly seriously consider it."