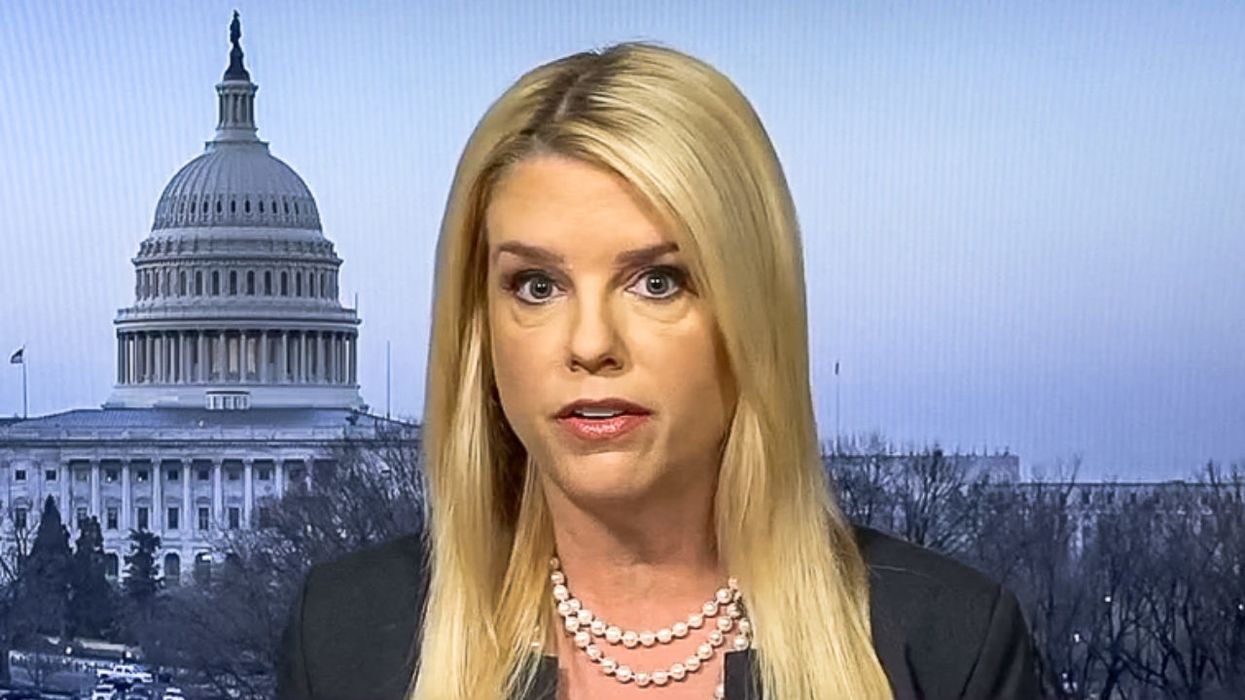 Pam Bondi wilted under light pressure from a "Fox & Friends" host to substantiate her claims of voter fraud in Pennsylvania.

The former Florida attorney general, who's now an adviser to President Donald Trump's campaign, argued that ballots arriving after the Nov. 3 election should be rejected as "fake," despite a Pennsylvania Supreme Court ruling that said those ballots should be counted unless there was evidence they were mailed after Election Day.

"We love democracy and we all want every legal vote counted," Bondi began. "For every vote that came in late, that was postmarked late, yes, after Nov. 4, on Nov. 4, that discounts every legal vote that comes in. That means all the good residents who are all supporting us in Pennsylvania, their votes don't count by these fake ballots that are coming in late, and they are not letting us watch the process."

Co-host Steve Doocy pricked up his ears and interrupted to seek clarification for one of Bondi's claims.

"There could be, that's the problem," Bondi said, but that wasn't enough proof for Doocy.

"Do you have any, have you heard stories of, you know, ballots that are fake and, if so, just tell us what you know," he said.

Bondi cited one debunked example and another case where man is facing prosecution to cast doubt on the absentee ballots the state court ruling allowed, and which the U.S. Supreme Court declined to block.

Doocy asked if those were legal ballots, and Bondi admitted they were not.

"Well, no," she said. "Not if people were receiving ballots where they were deceased. That's the problem. That's why the supervisor of elections cannot extend — she wants to keep extending this process. These two lawsuits go hand in hand. All we want to do is observe what's happening right now within that convention center. They have now — I heard this late last night. We were with all the people on the ground at 10:10 o'clock last night. They told us now they have put up huge trash cans. If something is not wrong, why won't they let us observe?"

Co-host Ainsley Earhardt then asked if anyone counting the votes reported any postmarks from after the Nov. 3 election, and Bondi admitted they had not.

"You know, we talked about that last night," Bondi said, "and there are good people working in that room. We don't want them to lose their jobs for coming forward and talking to us, so that we don't know but, Ainsley, why won't they let us watch? It's our legal right to watch."