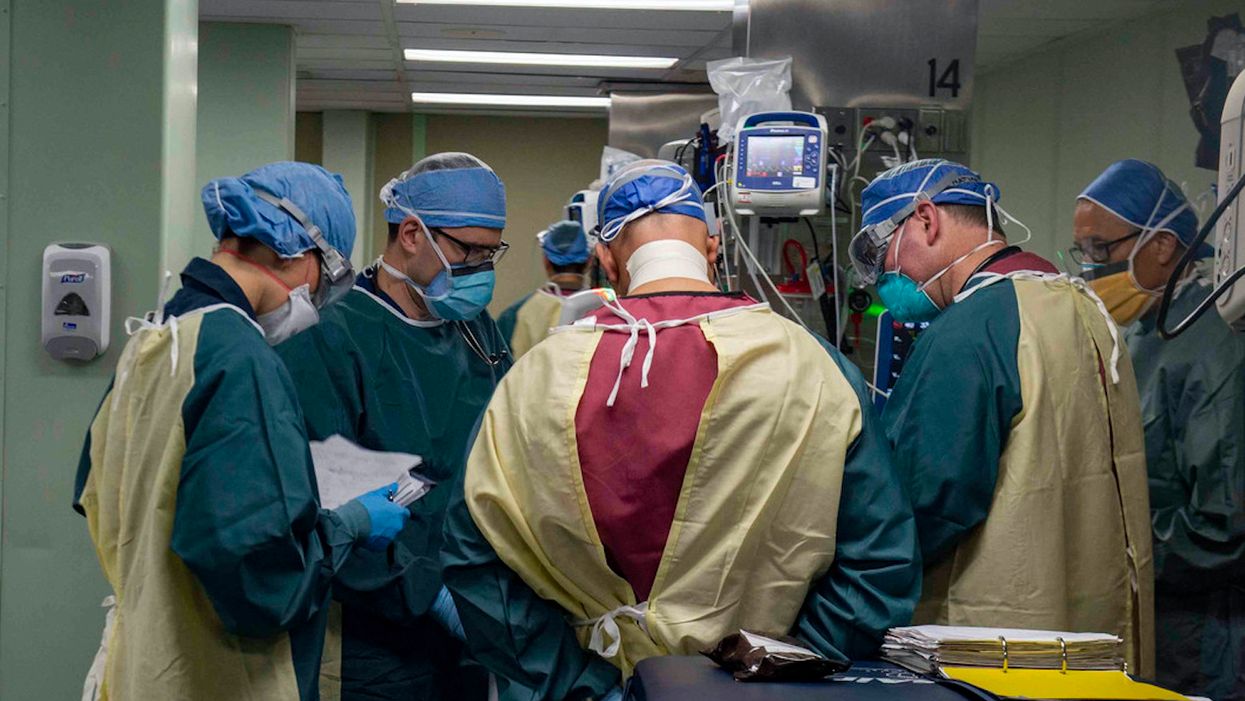 NEW YORK , N.Y. - Sailors aboard the hospital ship USNS Comfort (T-AH 20) confer in the ship's intensive care unit. Comfort cares for critical and non-critical patients without regard to their COVID-19 status. Comfort is working with Javits New York Medical Station as an integrated system to relieve the New York City medical system, in support of U.S. Northern Command's Defense Support of Civil Authorities as a response to the COVID-19 pandemic.
Meaghan Ellis
November 19, 2020

With United States reporting more than 100,000 cases each day and the country's death toll steadily approaching 2,000 a day, an internal White House task force report confirmed that there is an "aggressive, unrelenting, broad community spread across the country, without evidence of improvement but, rather, further deterioration," according to The Guardian.

In addition to the rising case numbers, the COVID Tracking Project also confirmed that the United States reached an all-time pandemic peak of 79,000 hospitalizations.

The latest news about the internal White House report comes just days after Dr. Anthony Fauci, spoke at the Stat Summit healthcare conference where he expressed regret over not being more vocal about the dangerous of an accelerated spread of the coronavirus.

"Deep down, perhaps I should've been much more vocal about saying, 'We really absolutely gotta do that,'" Fauci said at the conference. "I said it, it went nowhere and maybe I should have kept pushing the envelope on that.

"It never became a reality because we never really had enough tests to do the tests that you had to do."

Fauci also said: "Community spread doesn't stop spontaneously unless you do something about it. It is easier to stop when the level is relatively low. The only way that you can get at community spread is that you need to test people who are without symptoms, in order to show what the degree of penetrance of infection is."