Frank Rich: The Republican party will learn nothing from a Trump defeat 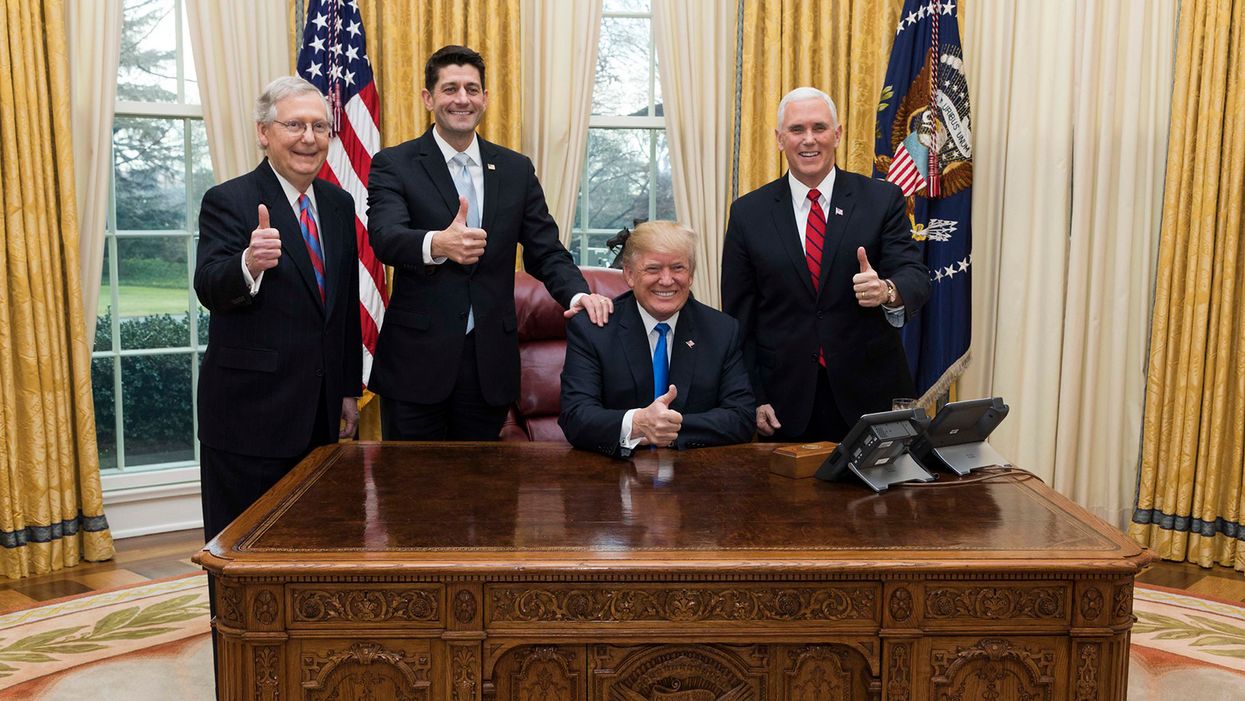 Based on the current state of election results, there is a real chance that Democratic presidential nominee Joe Biden could be elected the 46th President of the United States — which would be a damning defeat for President Donald Trump and the Republican Party. But despite the possibility of defeat, Frank Rich explains why Republicans still will not get the bigger picture.

In an op-ed published by New York magazine, Rich noted that the great divide in the United States signals a deeper problem that the country will have to reckon with.

"There is a Blue America and there is a Red America, but there is no United States of America," Rich wrote. "A Biden victory cannot mask the fact that this country is divided, 55-45 in raw numbers but 50-50 for all practical intents and purposes, regardless of the Democratic margin in the presidential popular vote."

Rich added, "The fundamental schisms pitting American tribes against each other would remain intact even in the fantastical event that the Electoral College were by some political miracle abolished in the interest of democratizing what we are overly fond of calling the world's greatest democracy."

He went on to explain what this election actually reveals about the country's voting system. Even if Biden withstands the Republican Party's legal efforts to discredit his victory, Trump's dismantling and discrediting of American voting practices exposed many flaws in the United States' systems.

"If Biden survives the GOP's legal and extra-legal efforts to rob him of votes in the determinative battleground states and is sworn in as president, let's skip the sanctimony about how "the system worked." The system is teetering. Trump — in what may be his signal accomplishment — has exposed every weakness in its structure. It turns out that a president can even monkey around with the Postal Service to manipulate election results. He can lie, steal, self-deal, corrupt the legal system, coddle dictators, alienate allies, violate all the internal safeguards intended to prevent executive malfeasance, mismanage a public-health catastrophe that kills his own voters, and get away with it for four long years.

Rich also noted that Trump's loyal followers will continue to hang on to his words regardless of whether his remarks are true or not. Because of that, nothing will be learned from Trump's defeat. Instead of viewing the 2020 election as an opportunity to usher in change and reshape the Republican Party for the future, there will be efforts to justify Trump's defeat and classify it as robbery.