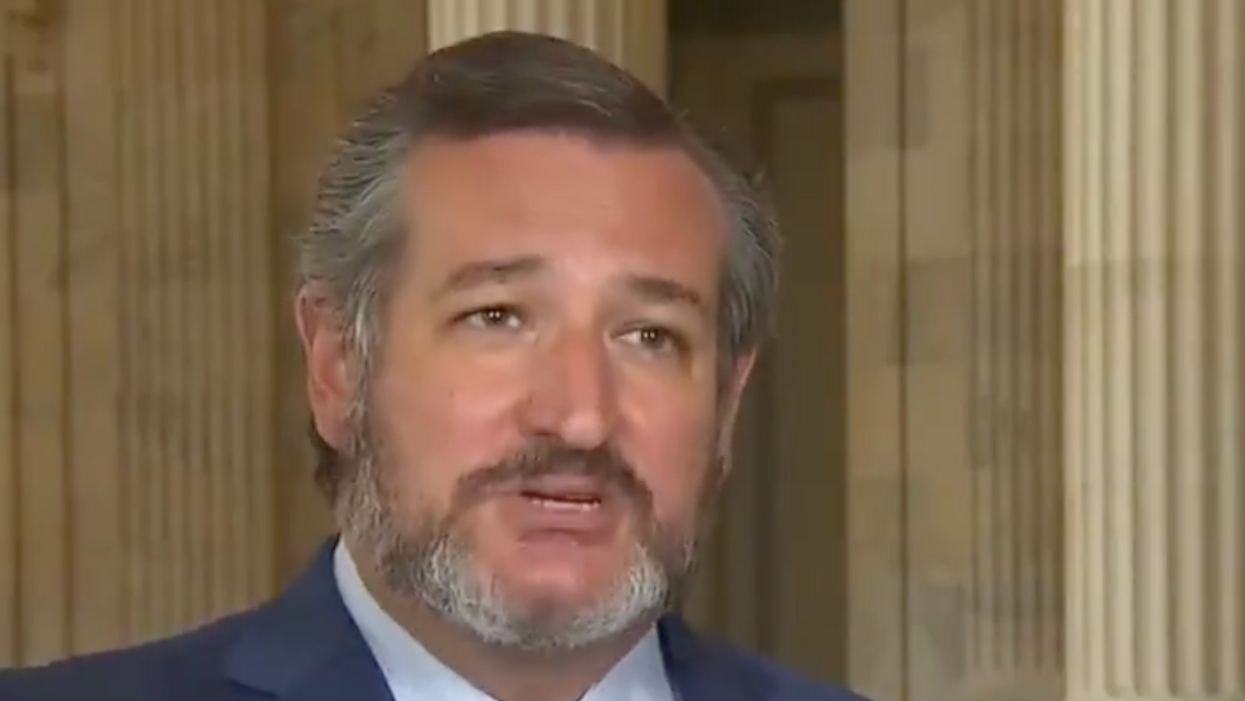 When Republican Sen. Ted Cruz of Texas was interviewed on July 22, he made a bold prediction that has now been decisively disproven. He claimed that if Joe Biden won the presidential election, Democrats officials would suddenly quit talking about the COVID-19 pandemic and would reverse policies meant to control the virus.

A video of that interview has resurfaced on Twitter, underscoring the GOP senator's willingness to politicize a dangerous health crisis for partisan gain.

In the video, Cruz declares, "If Biden wins in November — I hope he doesn't, I don't think he will — but if he does, I guarantee you, the week after the election, suddenly all those Democratic governors, all those Democratic mayors will say everything's magically better. Go back to work, go back to school. Suddenly, the problems are solved. You won't even have to wait for Biden to be sworn in — all they'll need is Election Day, and suddenly, their willingness to destroy people's lives and livelihood, they will have accomplished their task. That's wrong, it's cynical, and we shouldn't be a part of it."

Biden won the election, receiving 306 electoral votes and defeating President Donald Trump by more than 6 million in the popular vote. And Democrats, contrary to what Cruz predicted, didn't suddenly quit talking about COVID-19 after the election. The opposite has happened. With COVID-19 surging in the fall and many health experts warning that the pandemic might be entering its most dangerous period yet, numerous Democrats at the state and local levels are calling for more aggressive social distancing measures. Many would likely go even further, if the federal government provided that support that local officials have been calling for.

Here are some responses to the Cruz video:

@BadCOVID19Takes I think the best part of this horribly awful take is that it was the opposite. As soon as Election… https://t.co/UHE2GvZHU4
— JeffandElf (@JeffandElf)1606091099.0