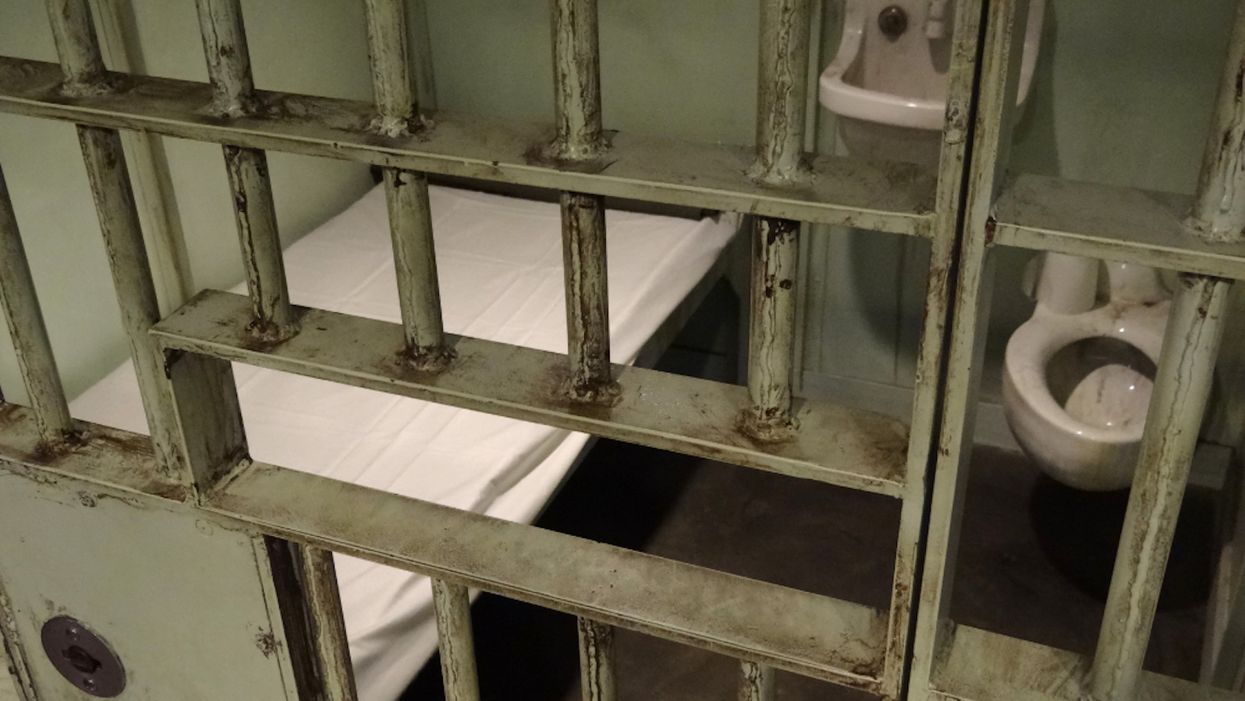 A California prosecutor revealed that thousands of inmates, including high-profile killer Scott Peterson, have carried out one of the biggest unemployment fraud schemes in history by seizing on the coronavirus pandemic.

Sacramento County District Attorney Anne Marie Schubert revealed the state paid out approximately $140 million to cover more than 35,000 unemployment claims likely filed by inmates from March to August of this year. A total of 158 claims have been filed for 133 inmates reportedly on death row, according to NBC Los Angeles. The scheme is being described as "the biggest fraud of taxpayer dollars in California history."

In addition to Peterson, claims were reportedly filed by multiple other high-profile killers including Cary Stayner, who was convicted of the 1999 murders of four people in Yosemite National Park; and Susan Eubanks, a San Diego woman behind bars for the murders of her four sons in 1997.

It has been reported that officials were tipped off after reviewing inmates' recorded conversations. Some bragged about the schemes they had carried out. "Quite frankly, the inmates are mocking us," Schubert said.

The scheme was so widespread officials were forced to alert California Gov. Gavin Newsom (D). On Tuesday afternoon, the governor released a statement in response to the massive scheme as he condemned unemployment fraud and abuse of the state's system.

"Unemployment fraud across local jails and state and federal prisons is absolutely unacceptable. Earlier this year, I launched a strike team to expedite unemployment payments and to minimize abuse of the system. When we saw evidence of fraud in correctional facilities, I directed the Employment Development Department to review its practices and to take immediate actions to prevent fraud and to hold people accountable when fraud is not prevented. Based on that direction, EDD and CDCR, in partnership with USDOL worked to match social security numbers of those in state custody to identify the scope of the problem and to hold people accountable. To expedite and strengthen these efforts I have directed the Office of Emergency Services to stand up a task force to coordinate state efforts and support investigations by local District Attorneys. We will continue to fully partner with law enforcement and direct as many resources as needed to investigate and resolve this issue speedily. While we have made improvements, we need to do more. Everything the state does will be done in partnership with the local District Attorneys and I thank them for their commitment to resolving this issue as quickly as possible."

According to prosecutors, most claims were filed on behalf of the prisoners by people on the outside. The department declined to release any information regarding specific claims due to confidentiality requirements.
From Your Site Articles
Related Articles Around the Web
Report typos and corrections to: feedback@alternet.org.