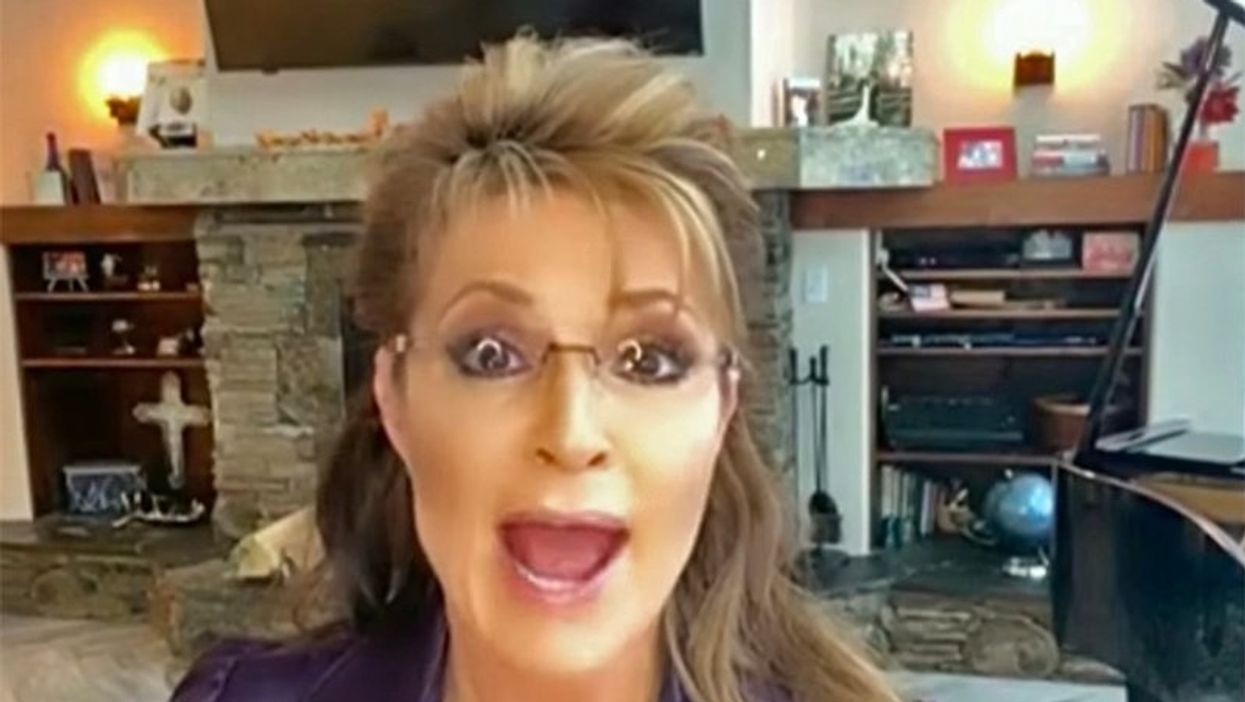 In an interview with the right-wing Newsmax TV, former Gov. Sarah Palin (R-AK) attacked former President Barack Obama for calling her out as part of the Republican Party's "anti-intellectual" wing.

"It's kind of pleasurable to know that I've been living rent-free in his head for 12 years," said Palin. "The movement that he still cannot accept nor understand ... that movement was all about giving the voiceless a voice, empowering people who are fed up, want accountability in their government, want a smaller, smarter government, things that he just hasn't been able to grasp."

She added that neither party cared for her, or Trump, because they were "rogue" figures who challenged the establishment.

Obama's book had this to say: "Through Palin, it seemed as if the dark spirits that had long been lurking on the edges of the modern Republican Party — xenophobia, anti intellectualism, paranoid conspiracy theories, an antipathy toward Black and brown folks — were finding their way to center stage. She had no idea what the hell she was talking about."