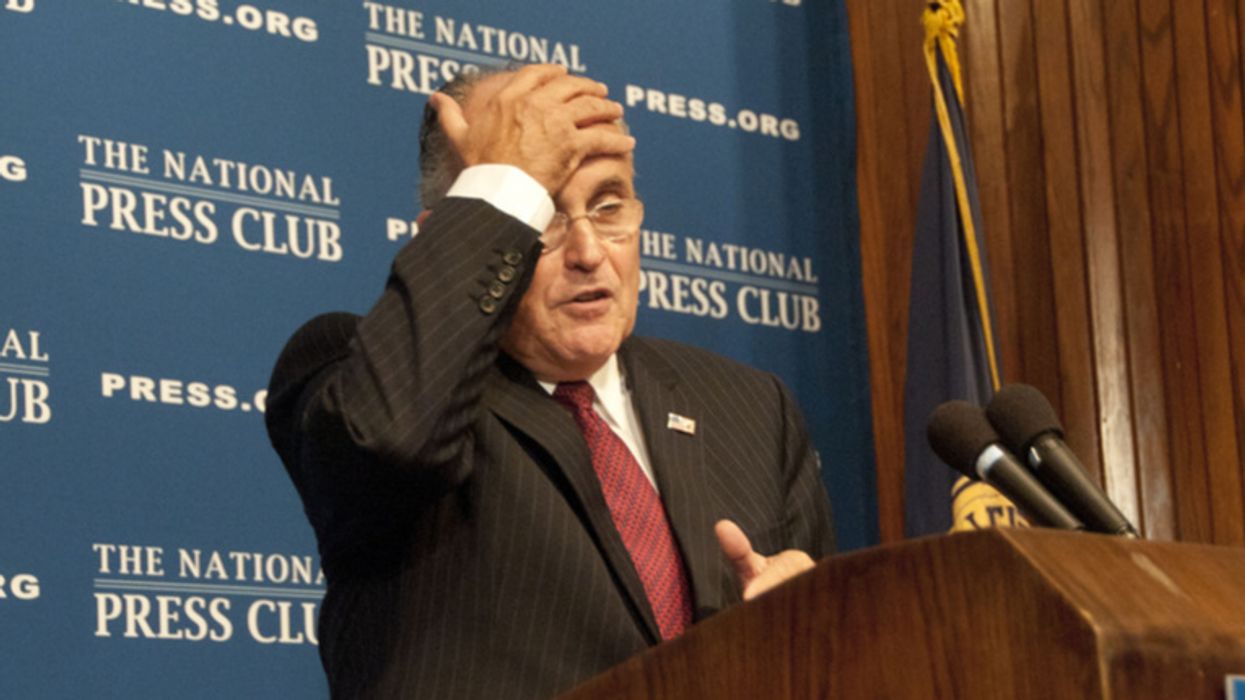 As President Donald Trump's legal efforts challenging the election results continue to hit dead ends, his campaign and legal teams have descended into chaos behind the scenes as many brace for the end of the post-election fight, multiple sources tell ABC News.

Over the weekend, Giuliani and his own team of lawyers, which also includes Trump campaign legal adviser Jenna Ellis, attempted what was described to ABC News as an internal campaign "coup"— an attempt to wrestle power away from the current longstanding Trump campaign leadership by claiming the president had given them full control moving forward, multiple sources said.

Giuliani's team has taken over office space in the Trump campaign's Arlington, Virginia, headquarters and Ellis, who White House aides have previously expressed concern about, began telling Trump campaign staffers they now report to her.

Ellis told the remaining campaign staff that they should only follow orders from people named "Rudy or Jenna" and to ignore any other directives from campaign leadership, sources familiar with the episode said.

The attempted power grab hit a boiling point on Saturday when Miller, who's been the campaign's chief strategist for months, and Ellis got into what sources said was a "screaming match" in front of other staffers. They both threatened to call the president to settle who he wanted to be in charge, sources said. At one point, Miller berated Ellis and called her "crazy," multiple sources said.

This is a very odd time for anyone who is alarmed and appalled by Trump's relentless attempts to undermine the results of the election and also has a sense of humor.

On the one hand, a number of polls his week have found that a clear majority of Republicans believe Trump's outlandish claims that the election was stolen from him through widespread but unspecified fraud. The GOP is not only assailing our democratic institutions, they're also preemptively delegitimizing Joe Biden's presidency and teeing up a new, more conspiratorial tea party movement. Angry Trumpers rampaged through the nation's capital last week, assaulting counter-protesters. A terrorist plot to shoot up a ballot processing center was foiled just in the nick of time. Georgia's Republican Secretary of State is getting death threats from people within his own party. And Republican elected officials are urging GOP-run state legislatures to disenfranchise their own voters and send Trump Electors to the Electoral College despite Biden winning their states. None of this is remotely funny.

But at the same time, Rudy Giuliani--and the few remaining lawyers willing to work with him--have provided some of the most side-splitting comic relief since Joe Pesci's character in Lethal Weapon. There are a few Hollywood writers gifted enough to come up with that press conference in the parking lot of Four Seasons Seasons Total Landscaping but situating it between a crematorium and a skeevy sex shop was such a deft touch.

Crossover episodes usually seem forced, but bringing Borat into this mess may have been the best mashup since the classic two-part pairing of The Simpsons and Family Guy.

And then Rudy got into a courtroom as an attorney for the first time in three decades and it...did not go well.

Throughout the five-hour hearing in federal court in Williamsport, Pa., Giuliani — a former U.S. attorney and mayor of New York — came under heavy criticism from opposing counsel and appeared unable to answer several questions from [U.S. District Judge Matthew] Brann about legal technicalities.

Brann asked what standard of review he should apply in the case. "I think the normal one," Giuliani replied.
"Maybe I don't understand what you mean by strict scrutiny," Giuliani said at another point.

At a different moment, Giuliani said: "I'm not quite sure what 'opacity' means. It probably means you can see."

The judge responded: "It means you can't."

After arguing that Democrats had perpetrated one of the greatest crimes in history--a case of "widespread nationwide voter fraud" and "an egregious violation, a planned violation"--Rudy was "unable to provide evidence of any fraud, and said later under questioning from Brann that the lawsuit did not allege fraud as a matter of law and that 'this is not a fraud case.'"

Rudy was compelled to beclown himself after a number of white shoe law firms bailed on the effort. It should come as little surprise with lawyering of this quality that the Trump campaign has filed 26 lawsuits and seen all but one laughed out of court.

Again, it's an odd time. We know this hamfisted coup attempt is failing spectacularly, its perpetrators are comical and yet they are laying siege to this 230-year-old democracy. For four years, I have tried without much success to popularize a portmanteau, "hilarifying," to describe the simultaneously hilarious and terrifying crackpot authoritarianism that has marked the Trump era, and this has been a perfect example.