Progressives push Biden not to 'appoint a single corporate lobbyist, lawyer or executive' to top posts 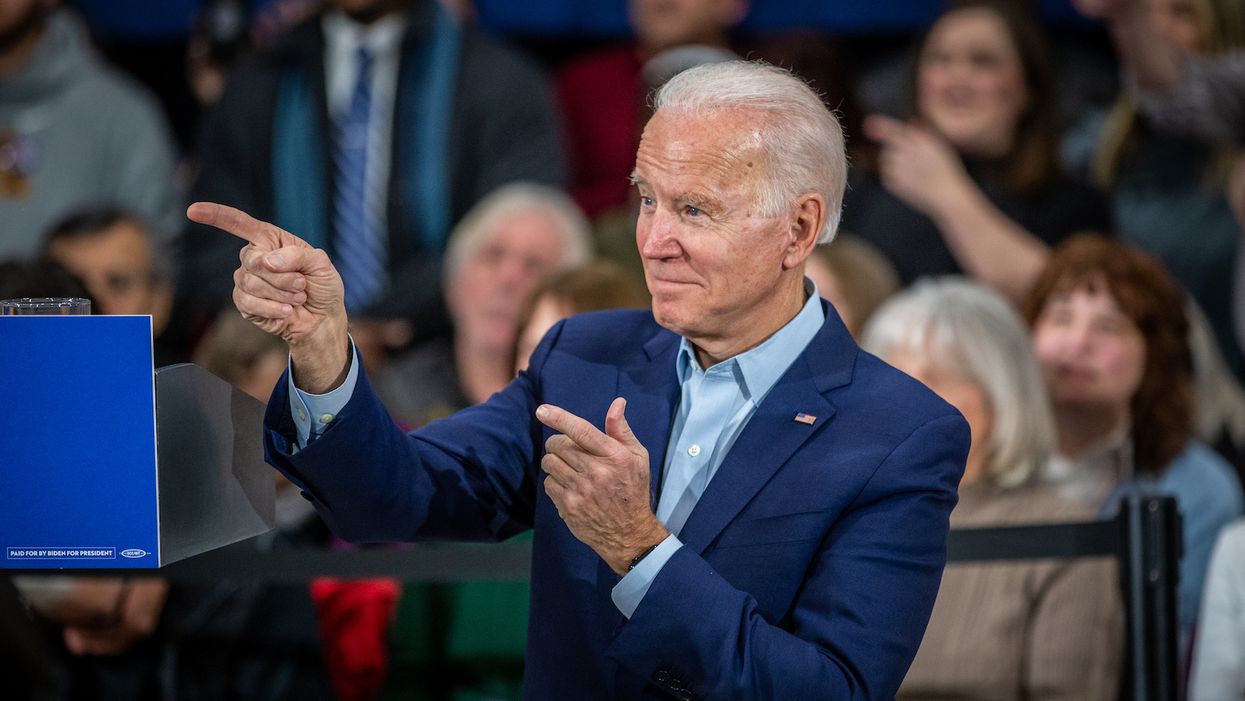 Vice President Joe Biden holds an event with voters in the gymnasium at McKinley Elementary School in Des Moines, where he addressed a number of issues including the recent escalation with Iran. Iowa member of Congress Abby Finkenauer was also on hand to announce her endorsement of Biden. Jan. 4, 2020 Credit : Phil Roeder
Andrea Germanos
and
Common Dreams
November 10, 2020

President-elect Joe Biden is facing sustained demands from progressive activists and Democrats not to appoint corporate executives or lobbyists to his administration.

Sen. Elizabeth Warren, one of Biden's former presidential rivals, also weighed in on the issue on Monday, saying that a new White House that rejects corporate lobbyists is one way to right the wrongs of the current administration.

Rejecting such corporate influence, as Demand Progress pointed out Monday, would simply be in line with what most voters want:

As David Sirota, former speech writer for the 2020 Bernie Sanders campaign, wrote in a Guardian op-ed published Tuesday morning, Biden must avoid the mistakes made by the Obama administration when it repeatedly pushed off the Democrat's progressive wing instead of embracing it. Biden, according to Sirota,

can refuse to populate his administration with corporate insiders, lobbyists, and Republican cabinet secretaries and instead staff the executive branch with officials committed to progressive economic policies.
Meanwhile, Biden can launch his first 100 days by introducing legislation that honors his campaign promises to boost the minimum wage, strengthen union protections, and impose a wealth tax on billionaires. He can also push for a public health insurance option and for investments in infrastructure, renewable energy, and climate mitigation.
A Fox News exit poll shows many of those are popular—for example, the survey showed nearly three quarters of voters favor "changing to a government-run healthcare plan" and favor "increasing government spending on green and renewable energy." Waging high-profile fights with Senate Republicans over these matters is good politics, and could potentially peel off necessary Republican votes for good policy.

This week's calls follow a letter sent in October to Senate leaders Chuck Schumer and Mitch McConnell—intended as a message to the former vice president—from progressive Democrats including Rep. Alexandria Ocasio-Cortez (D-N.Y.) and then-congressional candidate Jamaal Bowman of New York as well as dozens of advocacy groups. They urged the lawmakers to reject corporate candidates for Senate-confirmed positions.

"One of the most important lessons of the Trump administration is the need to stop putting corporate officers and lobbyists in charge of our government," the letter stated. "As elected leaders, we should stop trying to make unsupportable distinctions between which corporate affiliations are acceptable for government service and which are not."

A separate letter from a coalition of youth-led progressive organizations released in April carried a similar message.

The groups, including Sunrise Movement and Alliance for Youth Action, laid out a slate of demands for Biden, including for him to "appoint zero current or former Wall Street executives or corporate lobbyists, or people affiliated with the fossil fuel, health insurance or private prison corporations, to your transition team, advisor roles, or cabinet"

"We've spent out whole lives witnessing our political leaders prioritize the voices of wealthy lobbyists and big corporations over our needs. From this harshp," they continued, "we've powered a resurgence of social movement demanding fundamental change."

"Why would we want a return to normalcy?" the groups wrote. "We need a vision for the future, not a return to the past."