Political consultant predicts a blowout: ‘We’re going to know the winner of this election by 10pm tomorrow night’ 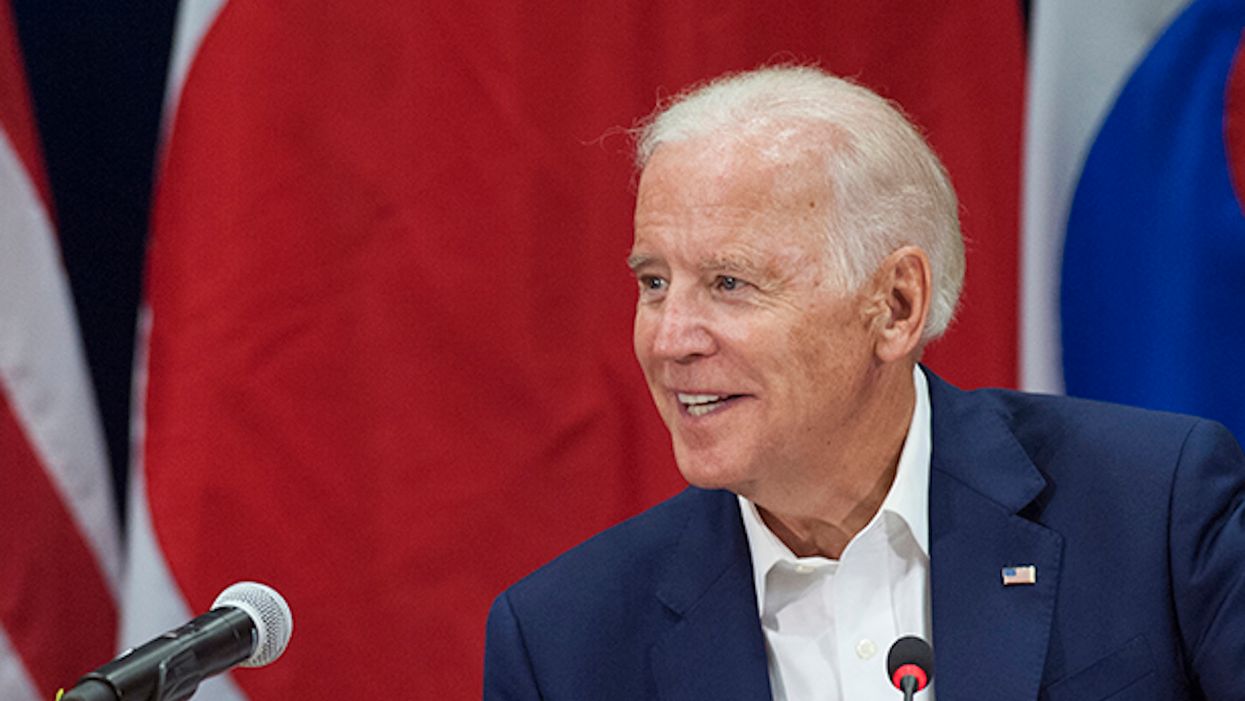 Former top adviser to former President Bill Clinton, James Carville, anticipates that Election Night will be a short night for everyone.

Speaking to MSNBC on Monday with former campaign manager for President Barack Obama David Plouffe, Carville said that he expects the election to be called by 10 p.m. that night.

"What people are doing is unnecessarily scaring people and making them unnecessarily nervous," said Carville. "That event he had — David Plouffe is exactly right, that event in North Carolina, a state if he loses, I don't want to wait on Pennsylvania. In North Carolina, he's going to lose. That event was literally insane. You're in eastern North Carolina, a state that you've got to win and you're talking about some pollster at Fox News? It is literally insane that anybody — any politician would use that as a closing argument. I am not the least bit concerned about the outcome tomorrow night, and I'm not the least bit concerned that we're going to have to wait weeks or months to find out what the result is. We'll know and we'll know early."

Even when it comes to voter suppression efforts and legal challenges like the Texas Biden bus assault and the police pepper-spraying Black voters, Carville said that it's only going to turn people away from Trump and motivate more Biden supporters to come to the polls.

"Look, that bus thing in Texas, yes, I'm mortified," continued Carville. "I'm not mortified by the outcome of the election, I'm mortified by potential violence. Look at the early vote. People waiting in line for 11 hours to vote. 10,000 people in line in Harris County, Texas, in the middle of the night. When you tell people you can't do something or you try to make it harder for them to do, it aggravates the dickens out of them and makes them want to do it more. In all these courts, I think this stuff is backfiring magnificently. I really do. Particularly Black people. The right to vote is inherent in their history. The more you try to keep them from voting, the more they are going to want to vote. You're going to see enormous turnout, and it's going to be driven a lot by, 'You tell me I can't do something? Watch me. I'm going to go do it.' I see that happening in the early vote, and I think it will carry through to Election Day."

Plouffe noted that the majority of Trump's support is going to come in on Election Day, because he's told his supporters not to vote by mail.

"We have COVID cases on the rise. He looks like a lunatic loser. So, everything they have is riding on Election Day," said Plouffe. "So, from a Biden stand-point and Democratic Senate standpoint, and other Democrats, organizationally, so many votes cast. You have a smaller pool of people that haven't voted yet that you need to work tonight and tomorrow. So, listen, there's still a lot of hard work to be done. If you want Joe Biden to win, democrats to win back the Senate, there's a lot of door-knocking in battleground states. You can — you make phone calls, text."

But that puts all of the pressure on Trump for Election Day, he explained.

"When he's out there, he's trying to suppress the vote. I think it's going to backfire, I really do," Plouffe continued, agreeing with Carville. "I think people are going to show up tomorrow who haven't voted yet. We see in early voting strong numbers among young voters, first-time voters. The other thing, in the early votes, we see Democrats versus Republicans. I think Joe Biden will convincingly win Independents and nonaffiliated voters. At the end of the day Donald Trump now has everything riding on tomorrow. At the end of the day the only way he wins, and it could happen, but the polls have to be off five, six, seven points, the most we've seen in history, and he has to win Election Day decisively. Historic turnout for him and historically bad turnout for Biden. I don't think that's going to happen. I think Democrats are going to have a strong Election Day. You've got to work. That's the job of everybody who wants to see a new president."

There are still many more votes that must be cast, so these predictions only come to fruition if those voters come to the polls and those votes are counted as they are cast.

We’re going to know the winner of this election by 10pm tomorrow night www.youtube.com