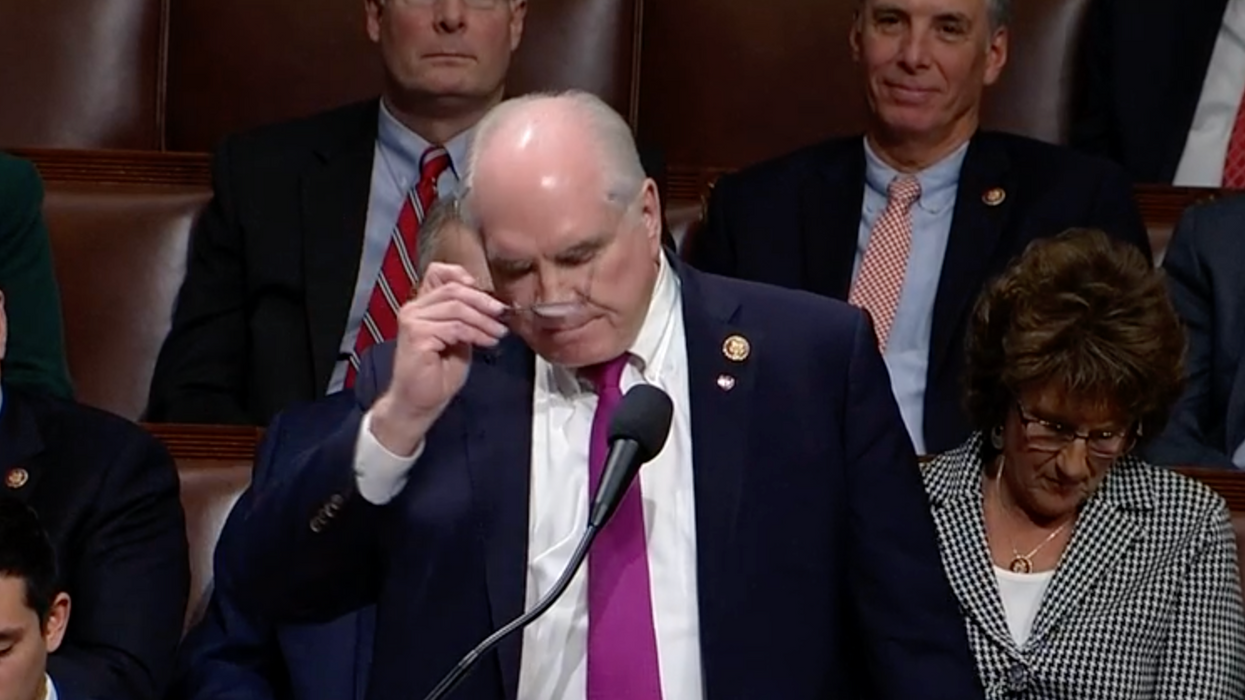 A Republican congressman from Pennsylvania has cast doubt on his own legitimacy to serve in Congress with his failed lawsuit attempting to overturn the 2020 election results.

Rep. Mike Kelly (R-PA) attempted to have the courts block certification of the 2020 election results, but his effort was rejected by the Pennsylvania Supreme Court on Saturday.

"The PA Supreme Court dismisses the case brought by U.S. Rep. Mike Kelly that sought to overturn last year's law creating no-excuse mail voting and to throw out those mail ballots cast in this election," Philadelphia Inquirer correspondent Jonathan Lai reported Saturday. "This is the case the Commonwealth Court had earlier blocked certification in."

Marc Elias, the top Democrat fighting lawsuits by Republicans seeking to overturn the vote, believes the lawsuit may have brought into question the legitimacy of Rep. Kelly serving in Congress.

"Congressman Mike Kelly has asked a PA judge to block certification of his own election. Even after this lawsuit is dismissed, the US House should refer his credentials to the Admin Committee prior to seating. If he doesn't think he should be certified, the House should take note," Elias argued on Wednesday.

Following the Supreme Court rejecting the lawsuit, Elias followed up on his argument.

"I stand by this," Elias wrote. "Even thought the PA Supreme Court dismissed this lawsuit, Congressman Mike Kelly's effort to block certification of his own election warrants a review by House Admin. If he doesn't think his election should be certified, the House should not seat him."