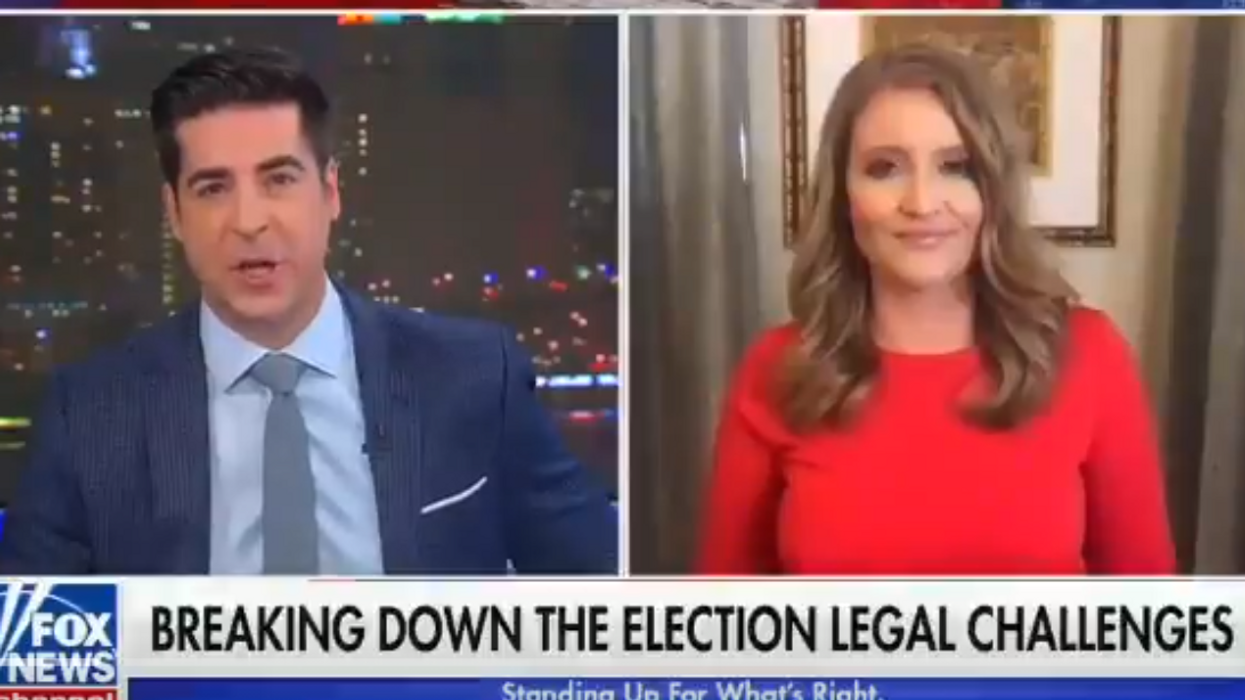 In a pre-recorded segment that aired Saturday, President Donald Trump's legal adviser Jenna Ellis, who previously described Trump's post-election legal team including his personal attorney Rudy Giuliani as an "elite task force," touted a "promising" case in Pennsylvania, according to The Daily Beast.

"In the end, it will probably go to the Supreme Court, and there are a number of different legal routes and vehicles to get there. One of our most promising cases is in Pennsylvania, where the mayor [Rudy Giuliani] argued against a motion to reject. And if that judge does not grant the motion to reject, and we believe he shouldn't, then we will have the evidence hearing," said Ellis.

However, there was just one catch. By the time Ellis' segment aired on the conservative network, Judge Matthew Brann of the U.S. District Court in the Middle District of Pennsylvania had already thrown the case out, with prejudice, ultimately dismantling Trump's legal battle in the Commonwealth.

Brann noted that the Trump campaign sought to "disenfranchise almost seven million voters" in its efforts to overturn election results which were favorable for President-elect Joe Biden. But after making such tall claims of widespread voter fraud, the president's campaign and legal team only provided "strained legal arguments without merit and speculative accusations.," according to Brann.

"In the United States of America, this cannot justify the disenfranchisement of a single voter, let alone all the voters of its sixth most populated state. Our people, laws, and institutions demand more," the judge wrote. "At bottom, Plaintiffs have failed to meet their burden to state a claim upon which relief may be granted."

Brann also noted that "It is not in the power of this Court to violate the Constitution."

The death blow in Pennsylvania is one of the many post-election losses Trump and his campaign have been handed over the last two weeks.