Chief adviser on Operation Warp Speed: ‘The president has never been actively involved’ in COVID-19 vaccine 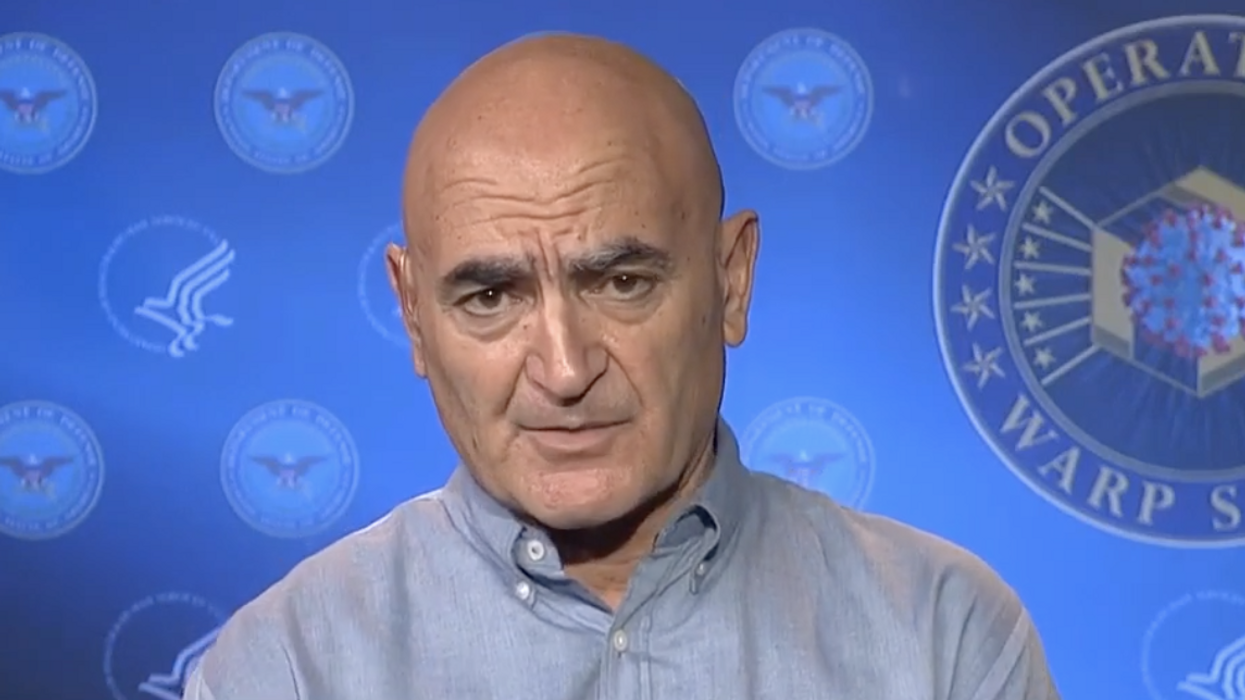 Upon news that another vaccine has promise in inoculating people from the coronavirus, Trump rushed to take credit, saying he hopes historians recognize that it happened under his watch.

Apparently, Trump had nothing to do with the efforts.

Dr. Slaoui, who previously served as a researcher and former head of GlaxoSmithKline's vaccines department, revealed that Trump has been missing in action on Operation Warp Speed.

Aside from the press conference on Friday, "the president has never been very actively involved," he said. "As I've said many times, we've had no interference one way or the other. We have informed him from time to time."

Dr. Slaoui also said that he hopes to reach out to President-elect Joe Biden's transition so that he can ensure a seamless transition amid the final stages of vaccine testing, but that he can't do so without permission from the administration. Right now they're blocking that.

Dr. Anthony Fauci explained it as being like a relay race, where a runner wouldn't stop and then hand off the baton, they continue running during the handoff.

"From day one, I said the key for success of this is two things one is to have a laser-sharp focus on our objective, this is to save people's lives," said Dr. Slaoui. "The second is to minimize any political interference. I made sure to keep out of that. Having said that, it's our focus to make sure we save people's lives. Anything that may slow that process or create any disruption is something that worries us appropriately."

MSNBC's Andrea Mitchell cited x-ray doctor Scott Atlas, who called on Michigan to "rise up" against new COVID-19 restrictions as the pandemic reached record levels in the state for the fifth week in a row.

"I think it's very important that everybody understands their behavior impacts not only themselves and their infection but others around them and people they love," said Dr. Slaoui. "I hope people use judgment to, indeed, wear a mask, wash their hands, and keep their distance."

Mitchell cut in to say she wanted to "reemphasize" what he said. "Even as they get distributed to the frontline and elderly and other vulnerable people first, that does not mean for months to come we shouldn't be wearing masks, washing hands and keeping a safe distance."

Dr. Slaoui explained that it will take a while to get back to normal. Other doctors have predicted at least a year before the vaccine will reach the majority of Americans.

Trump has been MIA on Operation Warp Speed youtu.be