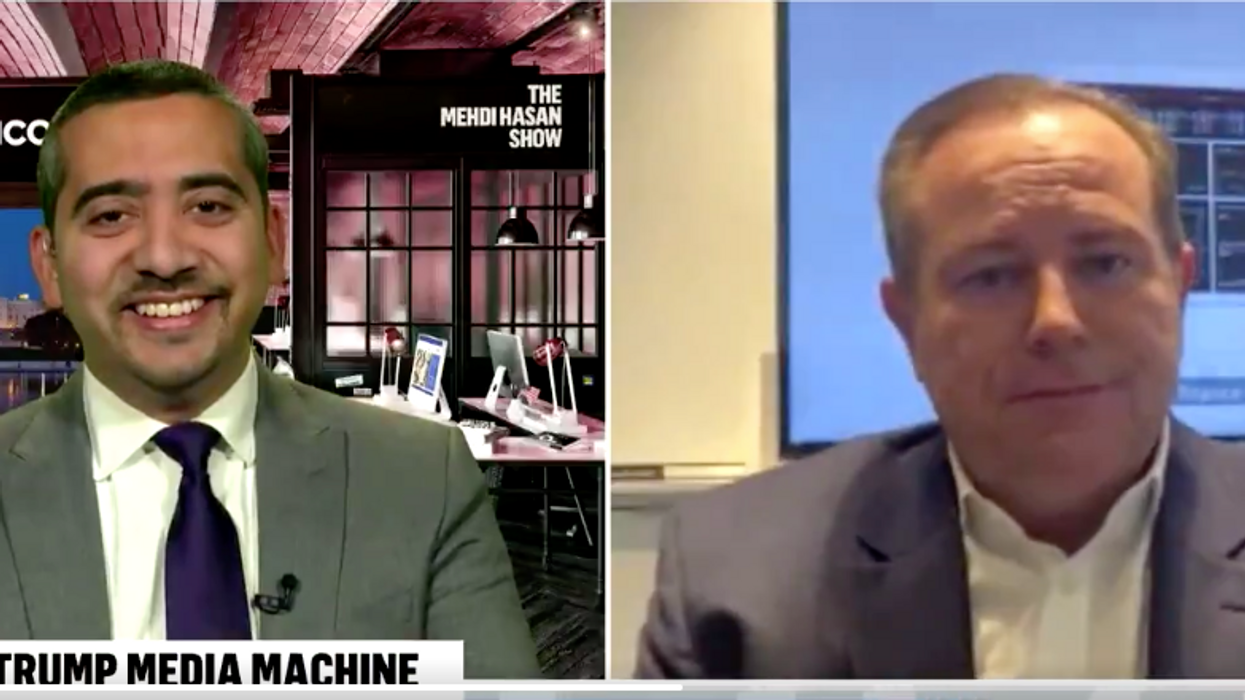 Chris Ruddy, the Trump-loving CEO of Newsmax, made a damning admission this week about the accuracy of shows on his network.

During an interview with journalist Mehdi Hasan, Ruddy was shown a clip of Newsmax hosts Diamond and Silk making egregiously false claims that China deliberately released the novel coronavirus to thwart President Donald Trump's bid to win a second term.

"This whole fiasco was planned, including the China virus!" they claimed.

Hasan proceeded to grill Ruddy on the low-quality nature of his network's shows.

"Given that you have been a journalist for more than 30 years, do you feel embarrassed to be running nonsense like that on your network?" he asked.

"I think like all the networks, networks you've been on, there's a lot of opinion hosts," Ruddy replied. "And they have all sorts of things I do not subscribe to. I believe in free discourse, in people having their opinion. We're not saying that is accurate, in fact we've gone out of our way in our news reporting…"

"You're not saying your own shows are accurate?" scoffed Hasan.

"We have gone out of our way to say we have no evidence that the Dominion software was manipulated in any way," he said. "We are reporting what people are saying, like the Trump campaign, we're not necessarily embracing it."

Ruddy then tried to shame Hasan for working with MSNBC, whose hosts extensively pushed the theory that Trump collaborated with the Russian government during the 2016 presidential election.

"I think the arguments about Russia are much more factually based than claiming the pandemic is a scam!" Hasan shot back.