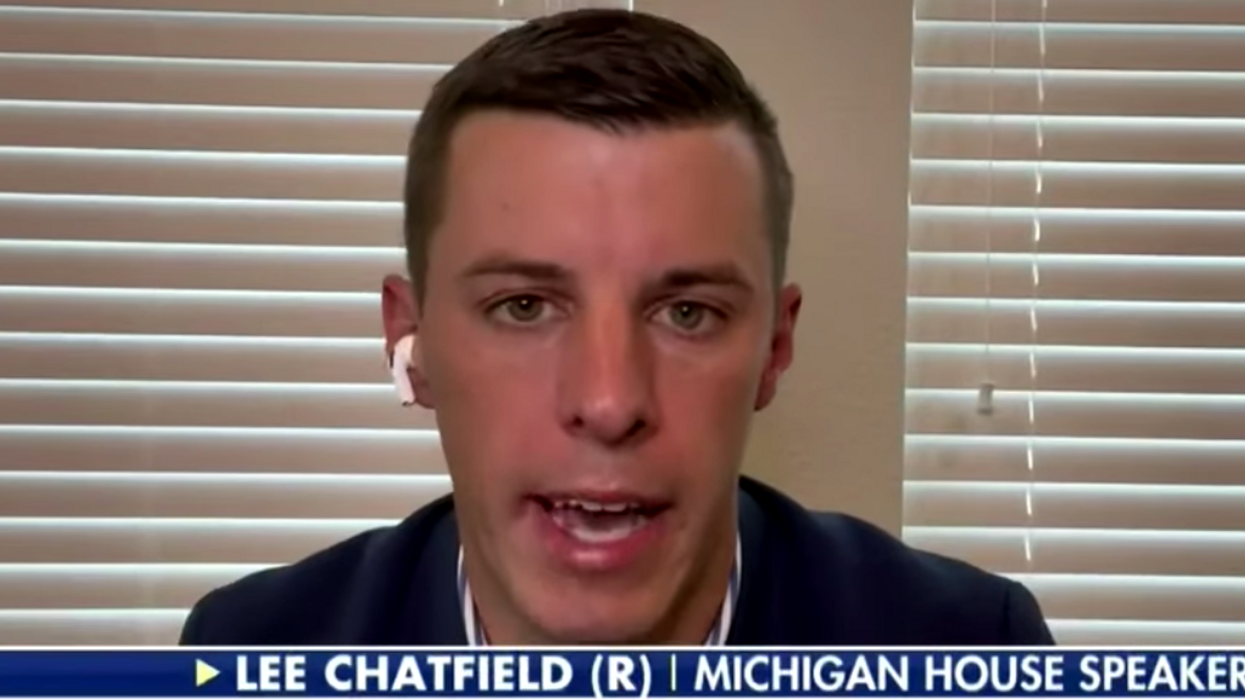 Michigan House Speaker Lee Chatfield (R) on Sunday explained how a constitutional crisis could mean a win for President Donald Trump despite losing the popular vote in his state.

In an interview with Fox News host Pete Hegseth, Chatfield defended his recent meeting with Trump. Prior to the meeting, critics warned that it gave the current president an opportunity to push Michigan lawmakers not to certify President-elect Joe Biden's victory.

The Michigan lawmaker went on to outline Trump's path to victory in his state, which began with a Republican Party request to delay certification of the election for two weeks.

"We have 71 percent of the precincts in Wayne County, their absentee ballots books don't match what is on the rolls," he said. "That's why the legislature, we've been doing our own investigations."

"If there were to be a 2-2 split on the state Board of Canvassers, it would then go to the Michigan Supreme Court," Chatfield continued. "If they didn't have an order that it be certified, well now we have a constitutional crisis in the state of Michigan. It's never occurred before because as the federal constitution says, this is left up to the state legislatures. The state legislature decided long ago to do it this way."

"What if the state legislature is mixed on whether or not they have confidence in who won the greater number of votes?" Hegseth replied. "Then you're in a interesting place."

"It's a place I really don't want to be in," Chatfield remarked. "There's reports of irregularities, reports of fraud. The fact is, no Republican or Democrat should be upset about an investigation done by the legislature. And we've begun those investigations."

"Mr. Speaker continues to use vague language in his interviews and statements about safeguarding the election," Koleszar said. "The constitutional crisis has already begun sir. It began the day you and other leaders refused to stand behind our clerks and election process."

"This is the crisis," he added.