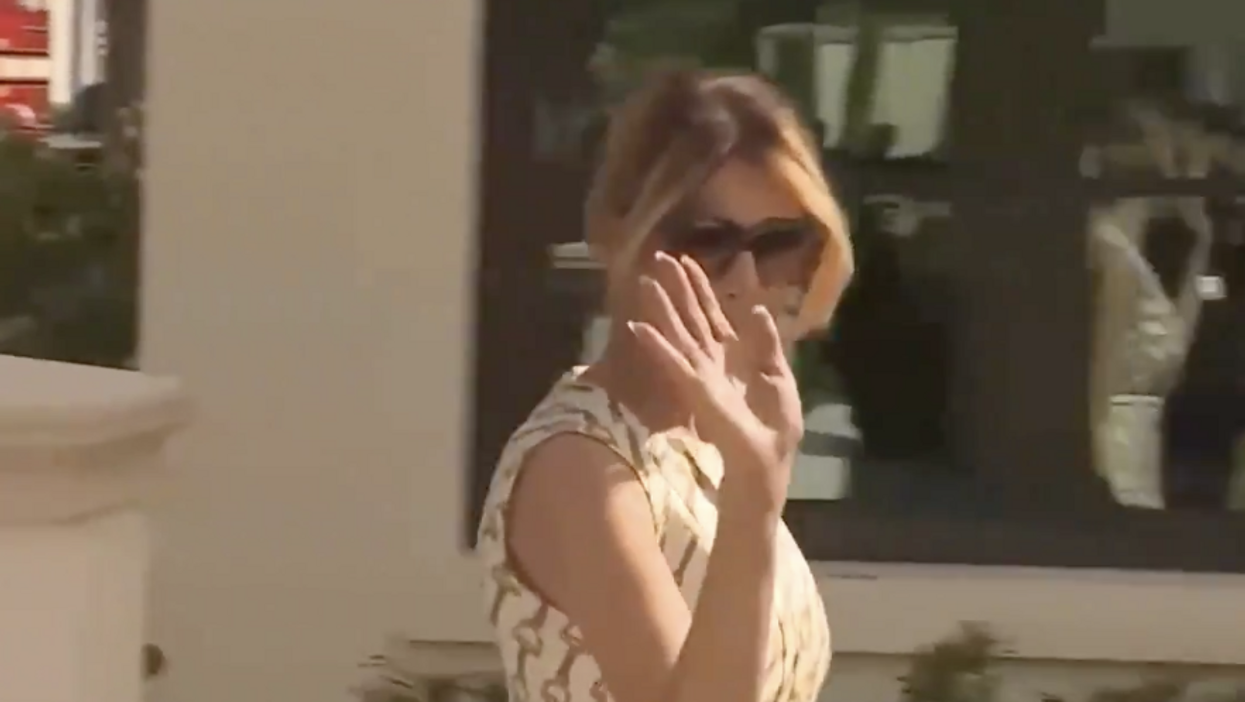 First Lady Melania Trump is at the center of heightened backlash after she was spotted at a Florida poll location not wearing a mask despite recently battling COVID-19.

On Election Day, Washington Post journalist Mike Madden took to Twitter with highlights from a White House press pool report that read: "At 10 am, Melania Trump entered the Morton and Barbara Mandel Recreation Centre in Palm Beach to vote. She was the only person not wearing a mask."

Footage of Trump's trip to the polls ed to an array of reactions via social media. At one point, Trump was asked why she did not vote with her husband, President Donald Trump, when he did so during a visit to Florida last week. Melania Trump responded, "It's Election Day, so I wanted to come here to vote today for the election," according to the pool report.

Almost immediately after the footage began circulating, Twitter users noted that Trump had recently tested positive for coronavirus as they criticized her for carelessly not wearing a mask. The first lady was also slammed for wearing a $22,000 designer outfit.

The latest reports come less than one month after Melania Trump tested positive for coronavirus. At the time, it was confirmed that she was symptomatic. Her symptoms also lingered. In fact, she recently canceled a campaign appearance due to a lingering cough.

Stephanie Grisham, the first lady's spokesperson, has defended her decision not to wear a mask based on her being the the only person present at the poll location, excluding staff members and poll workers. Grisham has also argued that no one was in close proximity of Melania Trump while she was inside the facility.