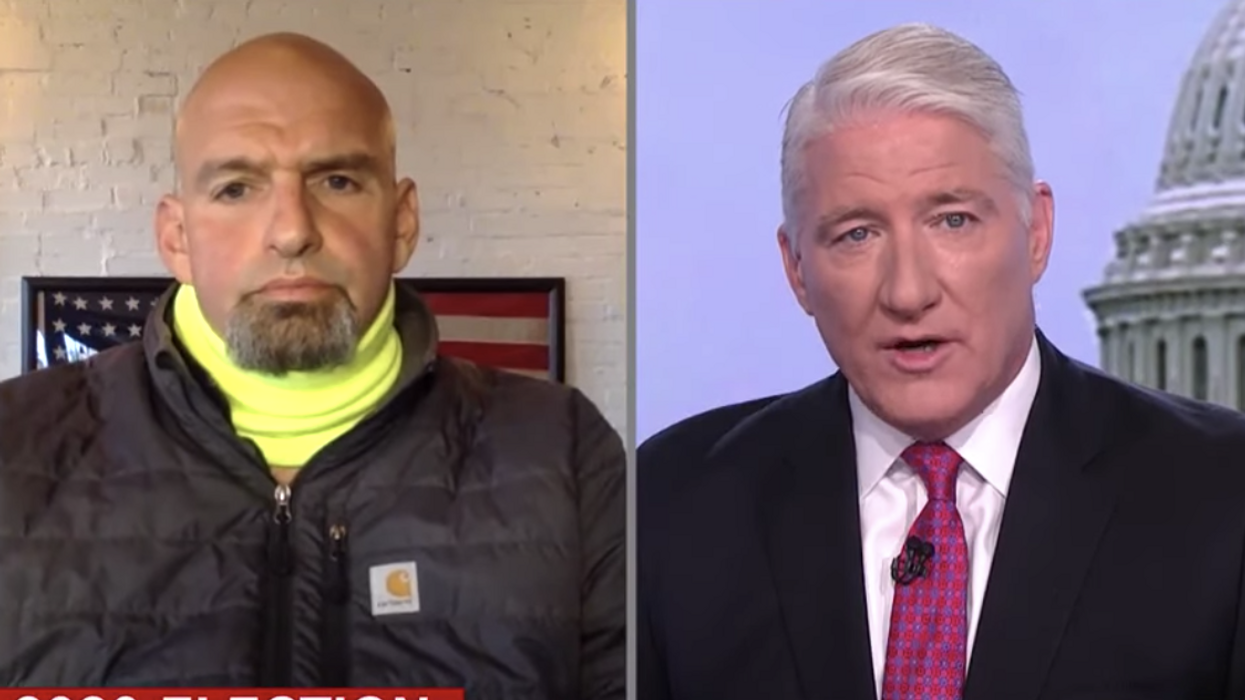 Democratic Pennsylvania Lt. Gov. John Fetterman on Wednesday mocked President Donald Trump for still believing he has a shot at winning his state.

At the moment, President-elect Joe Biden has a lead of nearly 50,000 votes in Pennsylvania, which makes it almost impossible to imagine the result of the race being overturned after a recount.

Fetterman told CNN's John King during an interview that the president seems to have a very hard time understanding how much basic arithmetic is stacked against him in the state.

He then dared the president to take his challenges to the United States Supreme Court, as he predicted that they would fail in humiliating fashion.

He then took a more serious turn and noted the damage the president's rants about the election are doing to Americans' faith in democracy.

"At some point, we all have to collectively accept yelling 'Voter fraud!' when there is no evidence whatsoever of it is yelling 'fire' in a crowded theater," he said. "It is harming the democratic franchise of our country and the peaceful transition of power. We cannot accept that."