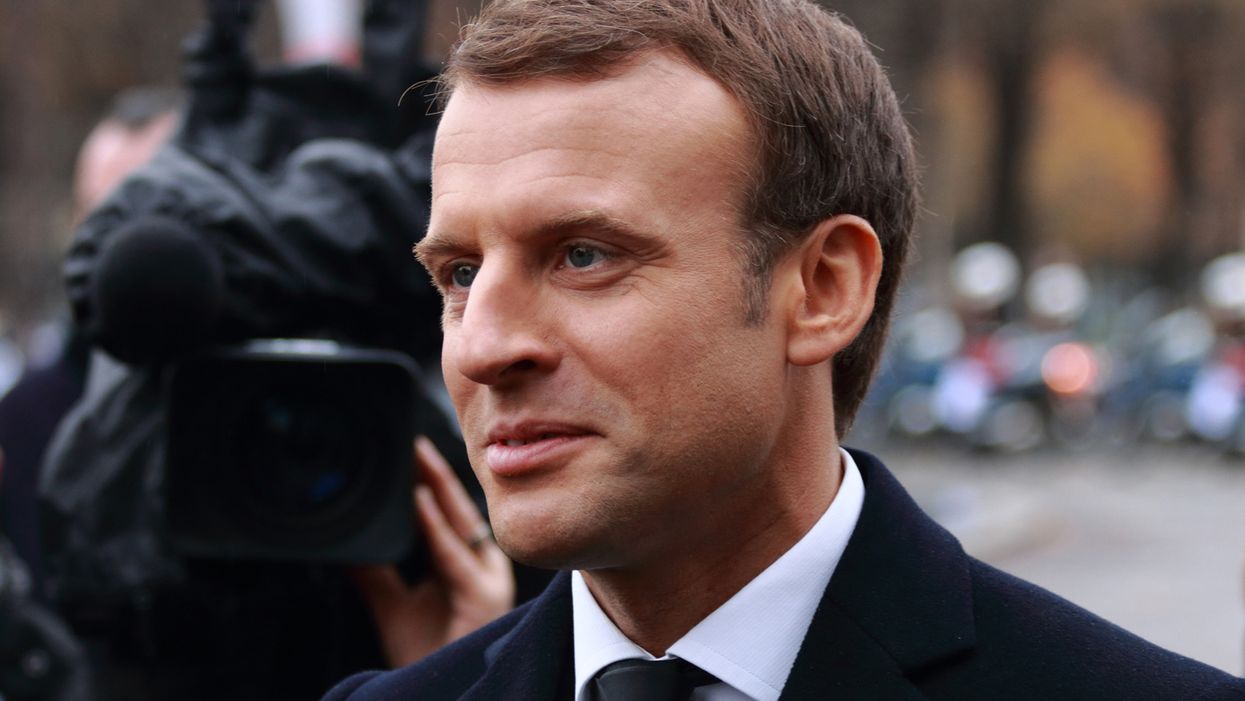 France, like the United States, has been plagued by vicious terrorist attacks in 2020 — including the beheading of schoolteacher Samuel Paty on October 16. French President Emmanuel Macron and members of his party, la République En Marche, have responded with anti-terrorist proposals, and author Mira Kamdar is warning that the proposals pose a threat to civil liberties and the French way of life.

In an article published by The Atlantic on November 24, Kamdar — who was born in Burma but grew up in Oregon and now lives in a Parisian banlieue — explains, "The beheading of the middle-school teacher Samuel Paty on October 16 by a young man enraged at Paty's showing his class caricatures of the Prophet Muhammad by the satirical magazine Charlie Hebdo has prompted French President Emmanuel Macron to vow that France will never flinch in its defense of freedom of expression. In the name of upholding the core values of the French Republic, however, Macron's government and members of his party have introduced new legislation that effectively restricts them. Unless the proposed laws are modified or scrapped, France will soon be a far less free country than it is now."

While the vast majority of terrorist activity in the U.S. in 2020 has come from white supremacists, white nationalists and far-right militia groups, France has been plagued by attacks from far-right Islamist groups like ISIS (Islamic State, Iraq and Syria). Now, France is having a "civil-liberties-versus-security" conversation that recalls the U.S. following the 9/11 attacks carried out by al-Qaeda on September 11, 2001.

"Three new pieces of legislation aim to make the French more secure by restricting democratic rights," Kamdar warns. "A bill that sets the research budget for French universities for the next decade, adopted by France's Senate on November 20, targets student protests and took a stab at academic freedom. The bill includes a provision criminalizing on-campus gatherings that 'trouble the tranquility and good order of the establishment' with a fine of up to 45,000€ and a prison term of up to three years. An amendment requiring that academic research hew to the 'values of the Republic' was scrapped only at the last minute, after strong pushback by scholars who feared that its intent was to restrict freedom of inquiry."

Kamdar moved from New York City to Paris in 2010, and she discussed her decision in an article The Atlantic published on October 14 — only two days before Paty was murdered. The author made it abundantly clear, in that article, that she doesn't regret her decision for a minute and stressed, "There hasn't been a day since Donald Trump was elected in 2016 that I haven't been thankful that I live in France and not in the United States."

But now, living in Paris, Kamdar believes that civil liberties are under attack in France as well.

The author notes, "A global-security bill introduced on November 17 aims to give the police a freer hand. The bill has the backing of France's unabashedly right-wing interior minister, Gérald Darmanin…. One (part) criminalizes the publication or sharing via social media of images of police unless all identifying features are blurred, in effect prohibiting live-streaming, investigative reporting and citizen accountability of police abuses. The other authorizes the use of drones to film citizens in public and allows footage from body cameras worn by police to be live-streamed to authorities. The bill has angered and alarmed the French press, as well as brought condemnation from the United Nations, France's independent Defender of Rights, and Amnesty International."

@mirakamdar @TheAtlantic Is the choice this or Marine Le Pen? Scary - But even 10 years ago the police forced me to… https://t.co/efveFguxuG
— Richard Dailey (@Richard Dailey)1606223405.0

Kamdar adds that yet another bill "is scheduled for consideration by Macron's cabinet on December 9. Dubbed the 'Confirming Republican Principles' bill, it would assign all French children a tracking number to enforce compulsory attendance in public or government-recognized schools, putting an end to homeschooling and unaccredited religious schools, and ensuring that all children are educated in the values of the French Republic. The bill also criminalizes sharing identifying information about a public servant that could be used to inflict harm — a response to the fact that private information about Paty was shared on social media, allowing his assassin to track him down. The new offense will be punishable by up to three years in prison and a 45,000-€ fine."

Kamdar is no fan of Macron, who she has dismissed as a "neoliberal technocrat." But she has an even lower opinion of Marine Le Pen, who heads the far-right National Front — a white nationalist party — and has been praised by extremists in the U.S. such as Trump ally Steve Bannon. Le Pen lost to Macron in France's last presidential election, but Kamdar notes that she is "Macron's likeliest challenger in the 2022 presidential elections."

The author observes, "Macron's strategy appears to be three-pronged: impose harsh order, readying mechanisms to put down mass protests; tame critical reporting in the press; and co-opt some of the language and policies of the far right to steal enough voters to vanquish it. In the process, the liberty that Macron so vigorously defends — and for which France has sacrificed so much — is being legislated away, bequeathing to a future, more authoritarian leader a powerful set of antidemocratic tools."