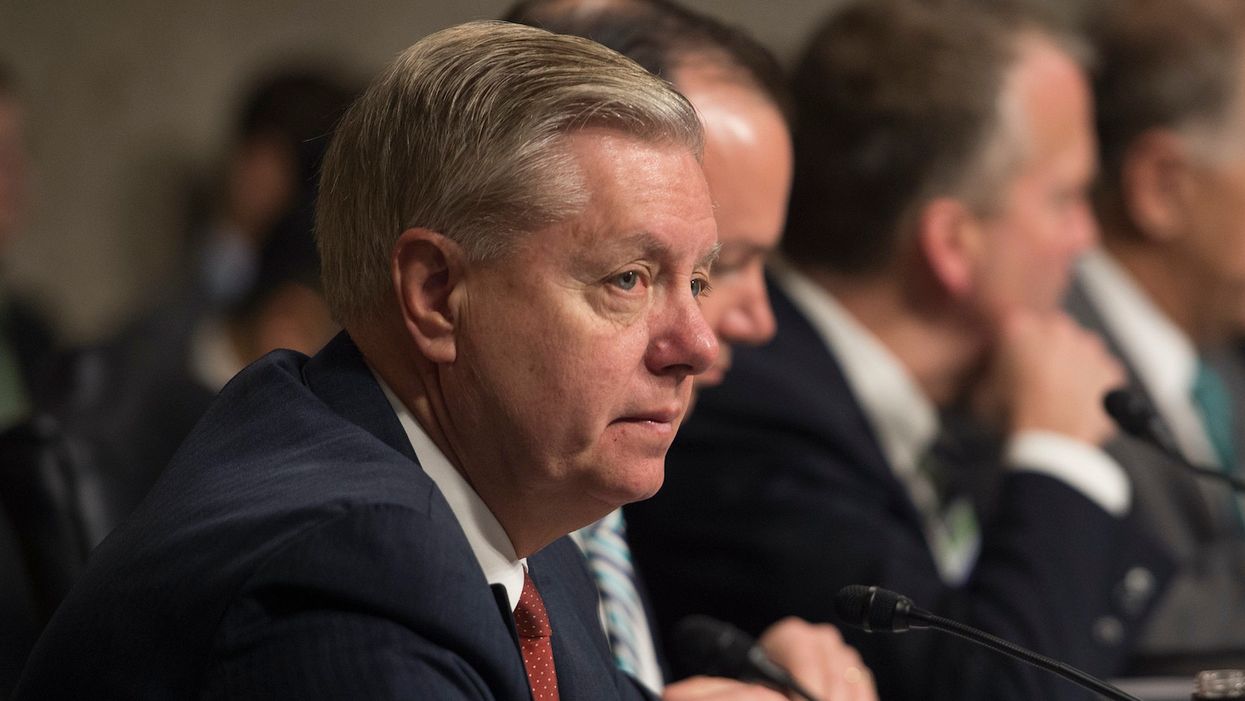 Georgia Secretary of State Brad Raffensberger, who oversees the state's elections, gave a disturbing interview to the Washington Post on Monday and described an extensive and unsettling pressure campaign by Republicans upset that President Donald Trump lost.

Most notably, Raffensberger revealed that Republican Sen. Lindsey Graham of South Carolina, a close ally of the president, pushed him to find a way to throw out legal votes in the state.

Raffspenger said he was stunned that Graham appeared to suggest that he find a way to toss legally cast ballots. Absent court intervention, Raffensperger doesn't have the power to do what Graham suggested, as counties administer elections in Georgia.

"It sure looked like he was wanting to go down that road," he said.

When asked about the incident by the Post, a spokesperson for Graham didn't deny it. Instead, he "referred The Post to a letter from Georgia state Republicans expressing concerns with the audit process, as well as the [Rep. Doug] Collins tweet attacking the secretary of state."

Graham's involvement in such a scheme undercuts those who have dismissed the president's coup attempt as entirely unserious or simply a manifestation of Trump's emotional outbursts. Rather, it appears to be a symptom of the Republican Party's growing distaste for democracy and its resistance to accepting electoral loss as legitimate. While there's no sign that the president's attempt to overturn the election will succeed — indeed, the Post interview with Raffensperger showed that it's failing — it needs to be taken very seriously.

Raffensperger also told the Post that he had received death threats, including a text that said: "You better not botch this recount. Your life depends on it."

He explained that the recount is proceeding as expected, and he believes it will affirm the initial count.

"He said the hand-counted audit that began last week will also prove the accuracy of the Dominion machines; some counties have already reported that their hand recounts exactly match the machine tallies previously reported," the Post reported.