'It's an embarrassment': President-elect Biden scorches Trump for his refusal to concede 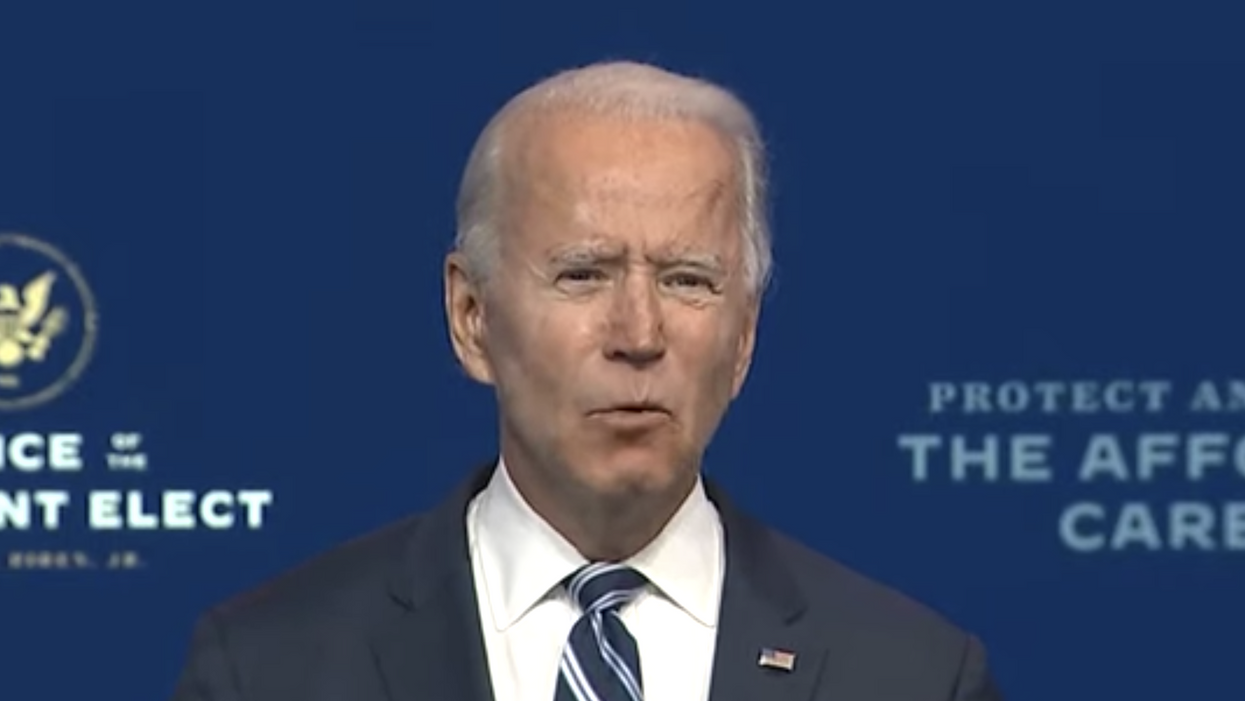 Three days after the Associated Press, CNN and other major media outlets reported that Joe Biden had an insurmountable lead in the Pennsylvania vote count and had been elected president of the United States, President Donald Trump still refused to concede. He insisted that he was the real winner, and he claimed, without merit, that the election had been stolen from him through rampant voter fraud — even as his lawsuits based on these claims were repeatedly thrown out by courts.

On Tuesday at a press conference in Wilmington, Delaware, President-elect Biden was asked about Trump's refusal to concede, and he spoke his mind.

Biden told a reporter, "I just think it's an embarrassment, quite frankly…. I think it will not help the president's legacy."

The president-elect added, "I know, from my discussions with foreign leaders thus far, that they are hopeful that the United States' democratic institutions are viewed once again as being strong and enduring. But I think at the end of the day, it's all going to come to fruition on January 20. And between now and then, I hope that…. the American people do understand that there has been a transition. Even among Republicans who are people who voted for the president, I understand the sense of loss. I get that. But I think the majority of the people who voted for the president — a lot voted for him, a significantly smaller number, but a lot voted for him — I think they understand that we have to come together. I think they're ready to unite."