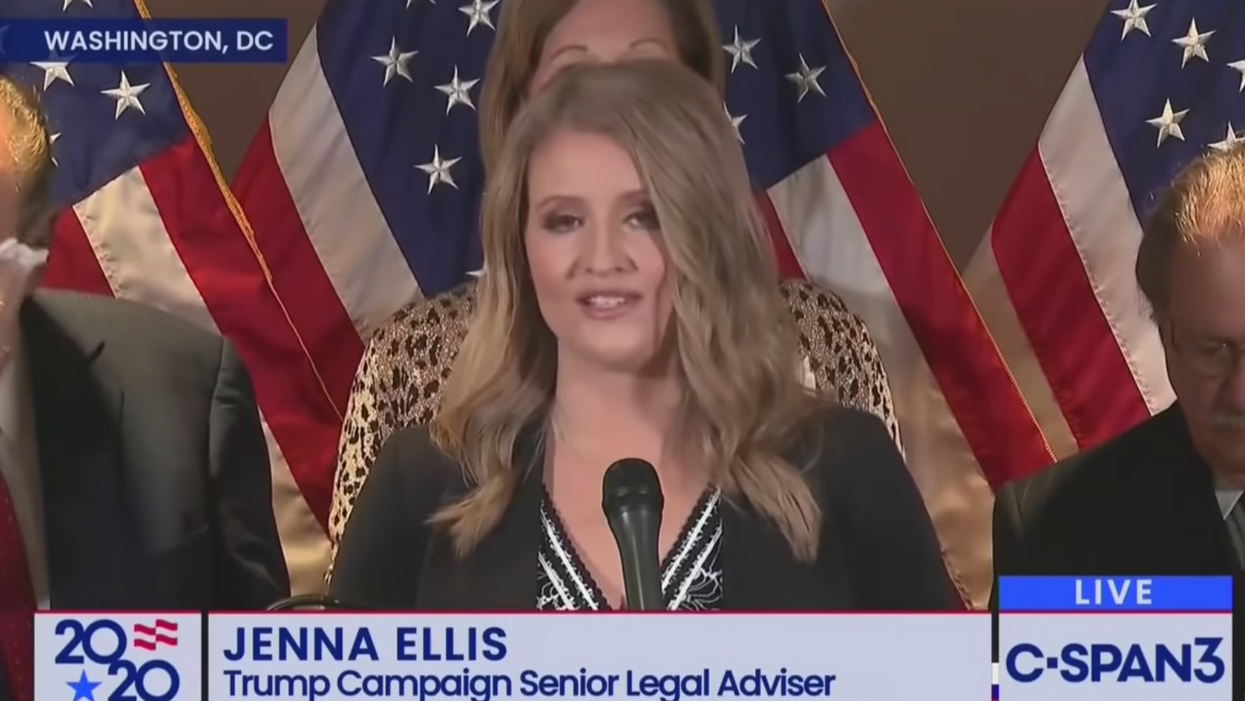 Jenna Ellis, President Donald Trump's personal attorney and the Senior Legal Adviser to the Trump campaign is once again being mocked, this time for her near-immediate response to a unanimous 3-0 ruling against the campaign in a Pennsylvania election case.

Ellis says she and Trump personal attorney Rudy Giuliani, have decided that the three judges, who were all appointed by Republican presidents – including the one who wrote the opinion who was appointed by Trump himself – are all part of the "activist judicial machinery" in Pennsylvania.

She is also vowing to take the case – which the judges say has "no merit," to the Supreme Court.

@JennaEllisEsq @RudyGiuliani If you supposedly have evidence of massive fraud, why did Giuliani tell the court “Thi… https://t.co/4OPVig61xg
— Helen Kennedy (@Helen Kennedy)1606500581.0

@JennaEllisEsq @RudyGiuliani Epic failure but you go for it The world is watching your circus And the voters are la… https://t.co/mC5L02oLg0
— Kathleen Alice ☘️ (@Kathleen Alice ☘️)1606499400.0

Rudy Giuliani and Jenna Ellis are the Milli Vanilli of lawyer duos. Tons of attention, but all lip service. https://t.co/hOPpuZCpc7
— JeremyNewberger (@JeremyNewberger)1606503445.0