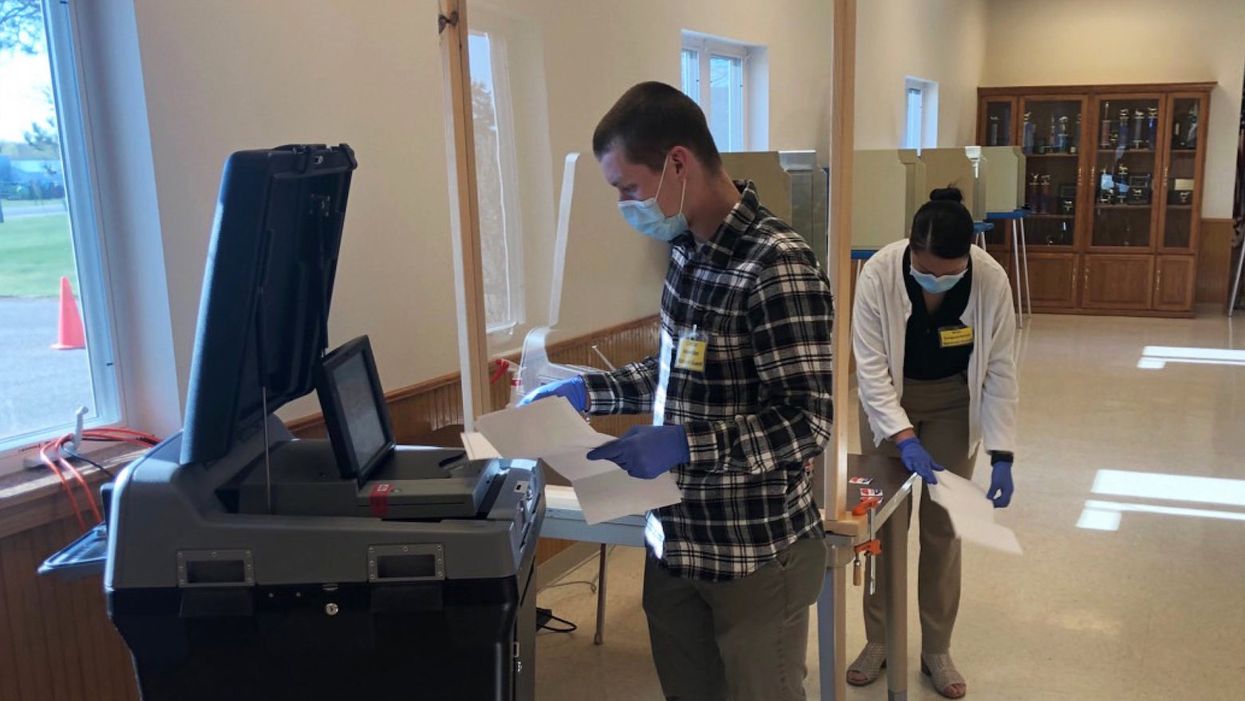 Whatever the ultimate outcome of the 2020 presidential race — as of Thursday morning, November 5, the vote-counting continues in Pennsylvania, Georgia and a few other states — President Donald Trump can say with certainty that he won Florida's 29 electoral votes. What Trump won't say is that at Florida polling places, the behavior of some of his supporters was atrocious. And attorney/poll worker Jeffrey A. Kasky, in a November 4 op-ed for Florida's Sun-Sentinel, describes some of the abuse and harassment MAGA extremists subjected him to in West Boca Raton.

"I did not sign up for this," Kasky complains in his op-ed. "When I registered to be a poll worker, I looked at it as an active, nonpartisan way to contribute to our democracy. I thought that working the polls was essential to helping others — particularly those whose votes are often suppressed — have access to open and fully staffed polling places where they could exercise one of the foundations of our democracy by voting for president."

According to Kasky — who has no party affiliation and is neither a Republican nor a Democrat — the actions of Trump supporters in Palm Beach County were inexcusable.

"Trump supporters treated the outside of my polling place in West Boca Raton like a college football tailgate party, complete with their own sound systems blasting the music of artists who most definitely do not share their political and social views," Kasky explains. "There were overflowing coolers; cardboard cutouts of Trump and his wife for the time being; gigantic pick-up trucks over-adorned with Trump, MAGA, KAG and QAnon flags; and a palpable combination of anger, stupidity and revelry."

Trump critics, from liberal/progressive Rep. Alexandria Ocasio-Cortez to right-wing Never Trump conservatives like The Lincoln Project's Rick Wilson and MSNBC's Joe Scarborough, have often accused the president of emboldening racists — and Kasky saw some of that in Boca Raton, where, he says, "self-styled patriots verbally harassed voters and poll workers, and even chanted the 'n-word' at our precinct supervisor, a Black woman. One deranged Trump supporter attacked that same supervisor with an umbrella, injuring her forehead."

"A man decorated head-to-toe with cheap Trump memorabilia poked me repeatedly in the chest," Kasky recalls. "Others threatened and harassed a group of teenage girls who arrived on Election Day to peacefully and quietly sit behind a 'Students Demand Action' banner."

Kasky wraps up his op-ed by slamming MAGA extremists for their cult-like behavior.

"Trump supporters are members of a cult, whether they realize it or not," Kasky stresses. "Today, they should be ashamed of themselves. I did not sign up for this."