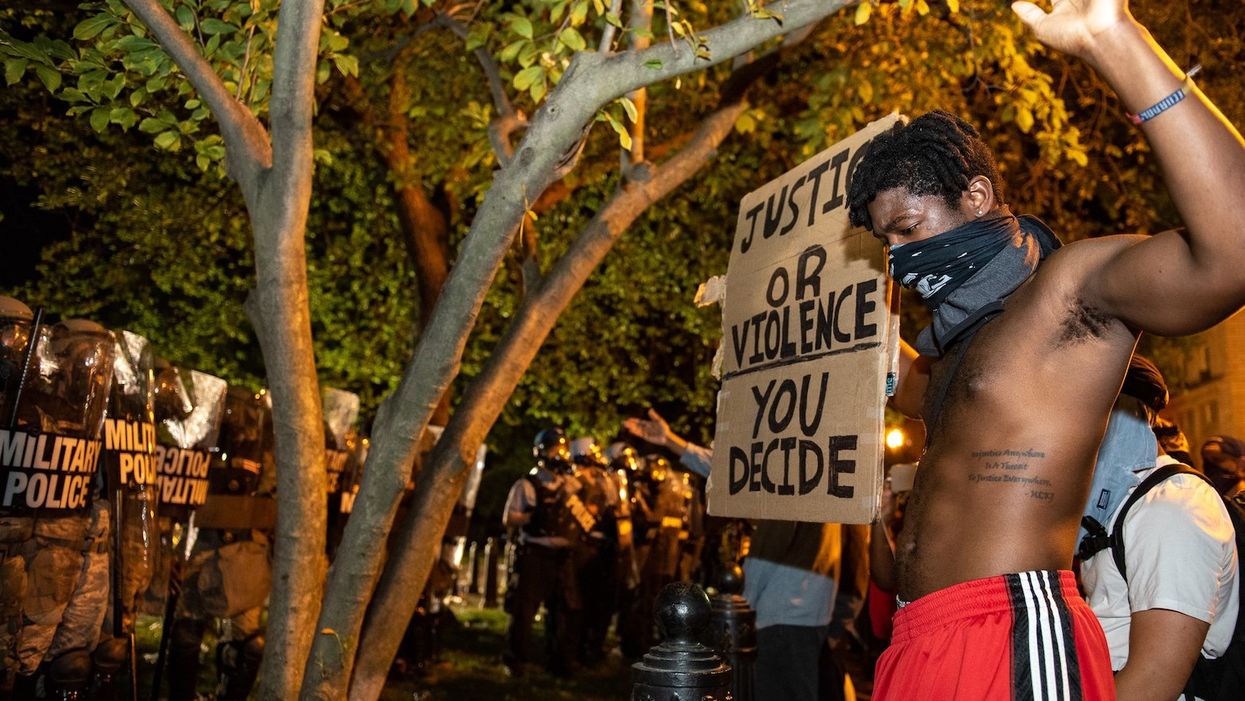 Over 80 historians of fascism and authoritarianism from around the world signed an open letter Sunday warning that American democracy is in existential peril and urging people to take action now before it's too late to save it.

"Regardless of the outcome of the United States' election, democracy as we know it is already imperiled," the letter opens.

"Whether Donald J. Trump is a fascist, a post-fascist populist, an autocrat, or just a bumbling opportunist, the danger to democracy did not arrive with his presidency and goes well beyond November 3rd, 2020," it continues.

The letter notes that "while democracy appeared to be flourishing everywhere in the years following the end of the Cold War, today it seems to be withering or in full-scale collapse globally."

"As scholars of twentieth century authoritarian populism, fascism, and political extremism, we believe that unless we take immediate action, democracy as we know it will continue in its frightening regression, irrespective of who wins the American presidency in early November," the authors write.

"The Covid-19 pandemic has exposed profound inequalities of class and race across the globe," the letter states. "As the last four years have demonstrated, the temptation to take refuge in a figure of arrogant strength is now greater than ever."

"However," argue the authors, "it is not too late to turn the tide."

The scholars offer guidance on how this can be achieved, including:

"We need to turn away from the rule by entrenched elites and return to the rule of law," the letter concludes. "We must replace the politics of 'internal enemies' with a politics of adversaries in a healthy, democratic marketplace of ideas. And above else, we need to work together to find ways to keep the light of democracy shining in our countries and all over the world. Because if we don't, we will indeed face dark days ahead."

Once dismissed as fringe rantings, discussion of creeping authoritarianism—or at least the breakdown of American democracy as we know it—has been increasing in academic and other serious circles during the tenure of President Donald Trump.

Such talk has only increased in the wake of statements and actions from the president meant to cast aspersions upon the legitimacy of the 2020 presidential election, including attempts to discredit mail-in voting as fraudulent and refusing to commit to a peaceful transfer of power if he loses.

Responding to a Friday incident now under FBI investigation in which armed Trump supporters in Texas surrounded and harassed a tour bus transporting campaign staffers for Democratic presidential candidate Joe Biden, Eric Cervini, a historian of LGBTQ+ politics and culture, told The Guardian that "as an historian who studied the rise of the Third Reich, I can tell you: This is how a democracy dies."

"I've been an election observer in broken authoritarian countries, and let me tell you: Trump's behavior would be swiftly and unequivocally condemned by all international election monitors if it was happening elsewhere," Brian Klaas, a political scientist at the University College London, tweeted last month. "He is behaving like the despots past presidents condemned."

Anne Berg, a history professor at the University of Pennsylvania whose grandparents were Nazis in Germany, warned earlier this month that the U.S. is in "a rapid descent toward fascism."

"People need to be aware of the risks we are facing right now," Berg told the Philadelphia Inquirer.

According to the Protect Democracy Project, a nonpartisan, nonprofit organization "dedicated to fighting attacks, from at home and abroad, on our right to free, fair, and fully informed self-government," the U.S. scores 56 out of 100 on its Democracy Threats Index, released on October 25, indicating a "substantial erosion" of democracy and signifying "high potential for breakdown in the future."