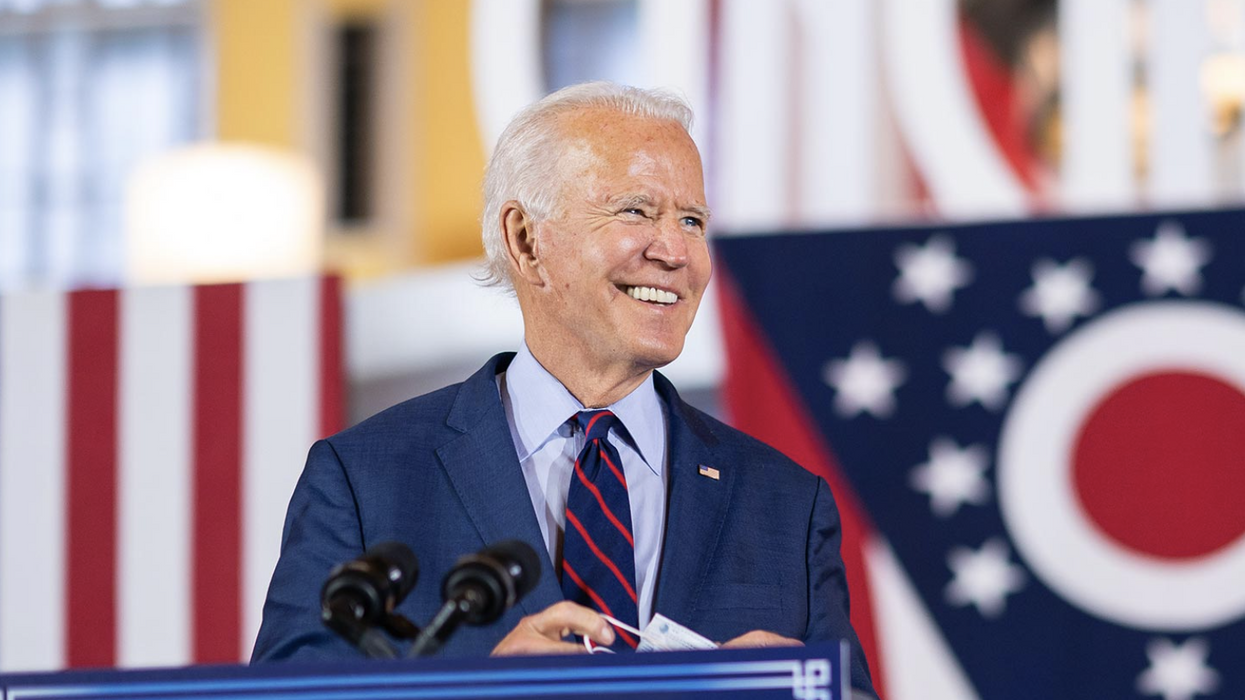 It will take some time before all of the votes are counted, the last races are called and we have a granular view of what happened up and down the ballot in the 2020 election. We know Democrats won by a significant margin at the top of the ticket, while underperforming expectations in House races and state legislative contests.

There are three likely reasons for this that should be fairly obvious. First, since the earliest days of the Covid-19 pandemic, Trump set the tone for his party by insisting that the media and Democrats were exaggerating the severity of the crisis in order to hurt him politically, and urged Americans to reopen businesses and schools and act as if these are normal times. The impact of that strategic choice has been catastrophic, but it most likely benefited Republicans in one specific way: They had a robust ground game, knocking on tens of millions of doors while Democrats relied on virtual canvassing and limited personal contacts. That disparity didn't matter much for the top of the ticket in an election that was always going to be a referendum on Trump, but many voters don't know much about their local races and those conversations with canvassers can be key to getting them engaged further down the ballot.

Second, this was a very high-turnout election for both sides, and it followed a massive Democratic wave in 2018. Democrats netted 40 house seats and 309 state legislative seats during the midterms, which left them defending a significant number of purple or reddish seats with freshmen lawmakers. That provided a lot of pickup opportunities for Republicans. As of this writing, most of the half-dozen House seats they have so far flipped were in exactly these kinds of districts. If Biden had won the national popular vote by 8 points, as the polling averages suggested, Dems probably would have expanded their margin in the House and done well in those state legislative races. In the end, he'll probably end up winning it by 4 or 5 points so some of those low-hanging fruit were bound to fall.

Finally, while Never-Trump Republicans didn't materialize in the kinds of numbers that would have given Dems a landslide, there were major campaigns to get them to support Biden. It doesn't take a huge number of disaffected Republicans voting for Biden--or for a third party or write-in--while voting for Republicans for Congress and in state legislative races to create the kind of split between Biden's performance and that of candidates further down the ballot that's emerging now.

And as Eric Levitz argued, Biden probably was denied that 8-point win at least in part because the CARES Act pumped tons of money into the economy--with $600 per week enhanced unemployment benefits and $1,200 stimulus checks going to millions of households--and as a result, a majority of Americans thought they were better off financially than they were four years ago.

I'm fairly confident that this analysis will hold up well as we get more detailed data, but it is deeply problematic in the sense that it means that those down-ballot results weren't the fault of wild-eyed leftists, the neoliberal Democratic establishment or anyone in between. That poses a problem for a certain contingent of very online people who have set their factional differences aside for the past six months to beat Trump and are now itching for a fight. And it's a big problem for outlets like The Hill, Axios and Politico that leverage intra-coalition tensions on both the left and the right for scoops and web-traffic.

So Abigail Spanberger, a vulnerable Democrat who narrowly held onto her seat and has a penchant for punching left, blasted the progressive wing, blaming a GOP attack ad accusing her of wanting to defund the police for her close win and angrily condemning some on the left for identifying as socialists. Whatever one thinks of these rhetorical issues, the fact is that Democrats did not run on defunding the police--that is an ask made by activists--and Republicans have been calling even the most centrist Democrats "socialists" for as long as anyone can remember. As I wrote last week, the conservative disinformation machine is a problem for leftists, liberals and centrists alike.

Rep. Alexandria Ocasio Cortez fired back, arguing that the Democratic Party lacks "core competencies" when it comes to organizing and running campaigns, and tended to blame progressives for their own ineptitude. I'm sympathetic to these arguments but they elide the party's real problems--gerrymandered districts, a malapportioned Senate and an opposition that embraces pernicious conspiracy theories and has worked hard to insulate itself from democratic accountability by suppressing votes and packing the courts.

Others jumped at rumors that Joe Biden might appoint various Republicans to his cabinet, and revived old grievances about the Biden campaign reaching out to Republicans and stiff-arming progressives.

Meanwhile, just as in 2018, as more votes are counted and more races are called, it's starting to look like Democrats' down-ballot losses won't be as bad as they appeared at first blush.

Intra-party debates can be salutary. But in this case, Democrats and progressives' enthusiasm for forming a circular firing squad appears to be blinding them to the fairly clear factors that led them to underperform relative to the top of their tiocket.