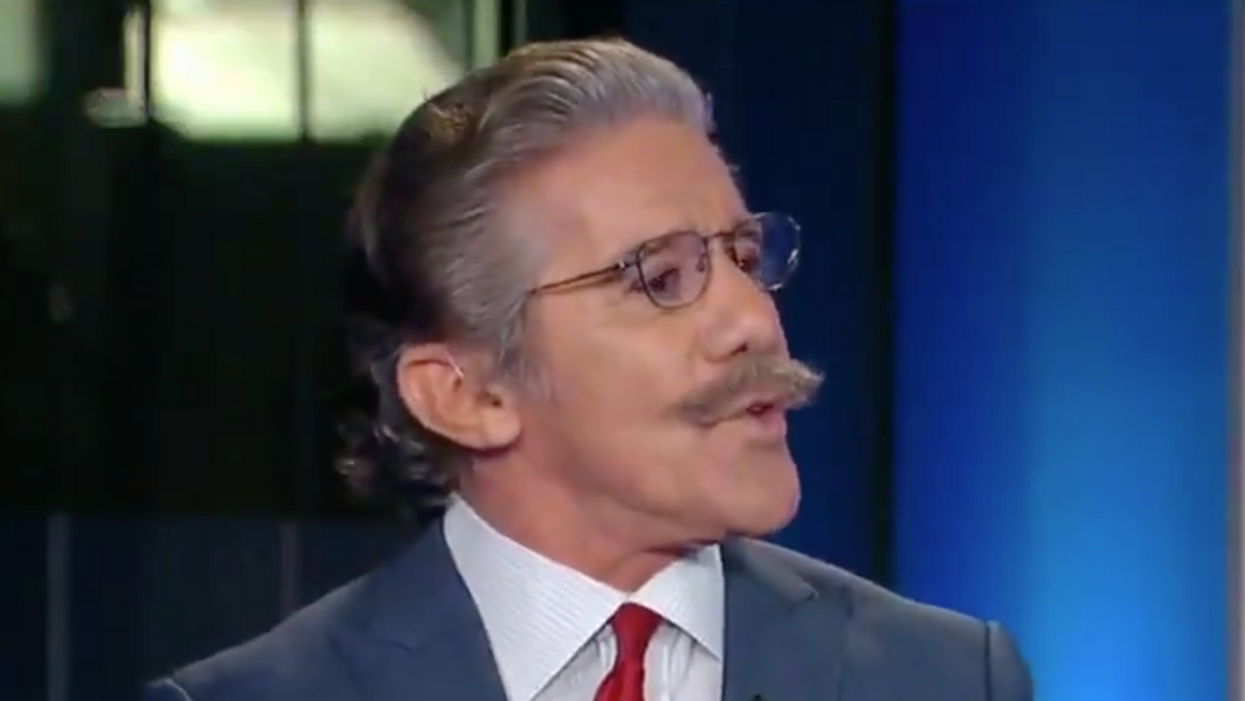 An airing of Fox News' "The Five" turned into a shouting match on Thursday evening when host Geraldo Rivera, a friend of President Donald Trump, urged his fellow panelists to admit that the scheme to overturn the result of the 2020 election was doomed.

The incident followed a truly bizarre and dangerous press conference featuring Rudy Giuliani and others on the president's legal team, who pushed conspiratorial and fictitious narratives to argue that Trump actually won the election, rather than President-elect Joe Biden. These claims are preposterous and have no factual support, but they are part of a disinformation campaign the president has been fueling for years to discount the possibility that he could ever lose an election.

Rivera seemed to admit as much on Thursday when he listed a litany of particularly ridiculous details Giuliani and others have tried to cram into the conspiracy fiction.

"The Clinton Foundation? George Soros? Hugo Chavez?" Rivera said incredulously to his fellow panelists. "An international conspiracy? Why not Elvis?"

Jesse Watters, the lead host of the show, began shouting at Rivera and defending his view that the evidence the Trump team has put forward is worth examining. Other hosts chimed in too with indecipherable crosstalk.

"I didn't say anything about that," Watters shouted. "I'm talking sworn affidavits. As a lawyer, you should recognize the validity of that!"

"I love the president! I wanted him to win the election," said Rivera, speaking over Watters. "What I saw with Rudy Giuliani, who I've known for decades, was bizarre, it was unfocused. It was conspiracy theory, this and that. When you have evidence that you suggest — what's the lawsuit that that evidence attaches to? What's the action? You can't go to a court and say, 'It's fraud, judge, prove it for me! Or ask the FBI to prove it for me!' That's not the way it happens!"

"They have three pending lawsuits right now, in three different states," Watters said. In fact, the Trump side has filed over 30 lawsuits in the election and has lost all but one of them, affecting an insignificant number of ballots.

"Geraldo, you as an American should want everybody to be confident in the results of the election," said Watters.

"And if you don't pursue these fraud allegations, half the country is going to feel like it was crooked! You don't want that!" said Watters.

This last point from Watters was particularly pernicious. He cast himself as some who cares about public faith in the election, but he is actually tearing away at this faith by giving credence to bogus claims promoted by Trump and his allies. Trump has told an endless stream of demonstrable lies about the election while asking supporters to submit affidavits to back up these claims. And he has outright told his followers that he won the election and it's being stolen from him, not that there are some claims that need to be evaluated by the legal system. It's a disinformation campaign, and it's clear intent it to fuel distrust in the process, Biden's win, and his forthcoming administration. Watters is playing his role in that campaign just as expected.