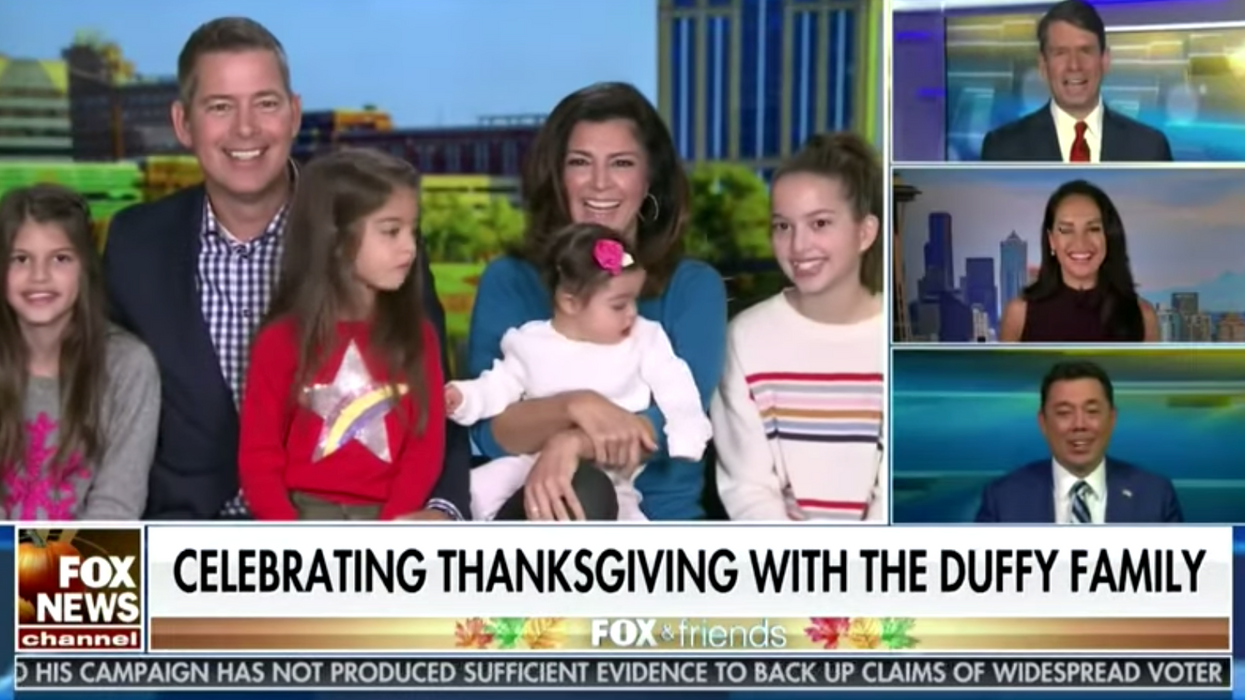 Viewers of Fox & Friends were treated to a dose of the truth on Thursday when the show admitted that President Donald Trump has "baselessly" and "falsely" claimed that the 2020 election was rigged.

The message to Fox News viewers appeared on the network's ticker graphic that is displayed at the bottom of the screen.

"President Trump phoned into a meeting organized by Republicans in Pennsylvania Wed., baseless claiming that the election was 'rigged' and falsely claiming that he won it 'by a lot,'" the Fox News ticker reported. "Most of Trump's legal efforts to challenge voting procedures in PA, MI and other states have been thrown out and his campaign has not produced sufficient evidence to back up claims of widespread voter fraud."

According to the Fox News report, "states where the Trump campaign has contested results, including GA, MI, PA and NV, have all either certified or moved closer to certifying their results in the past week, further confirming President-elect Joe Biden's victory."

Read the ticker in the Fox News video below.