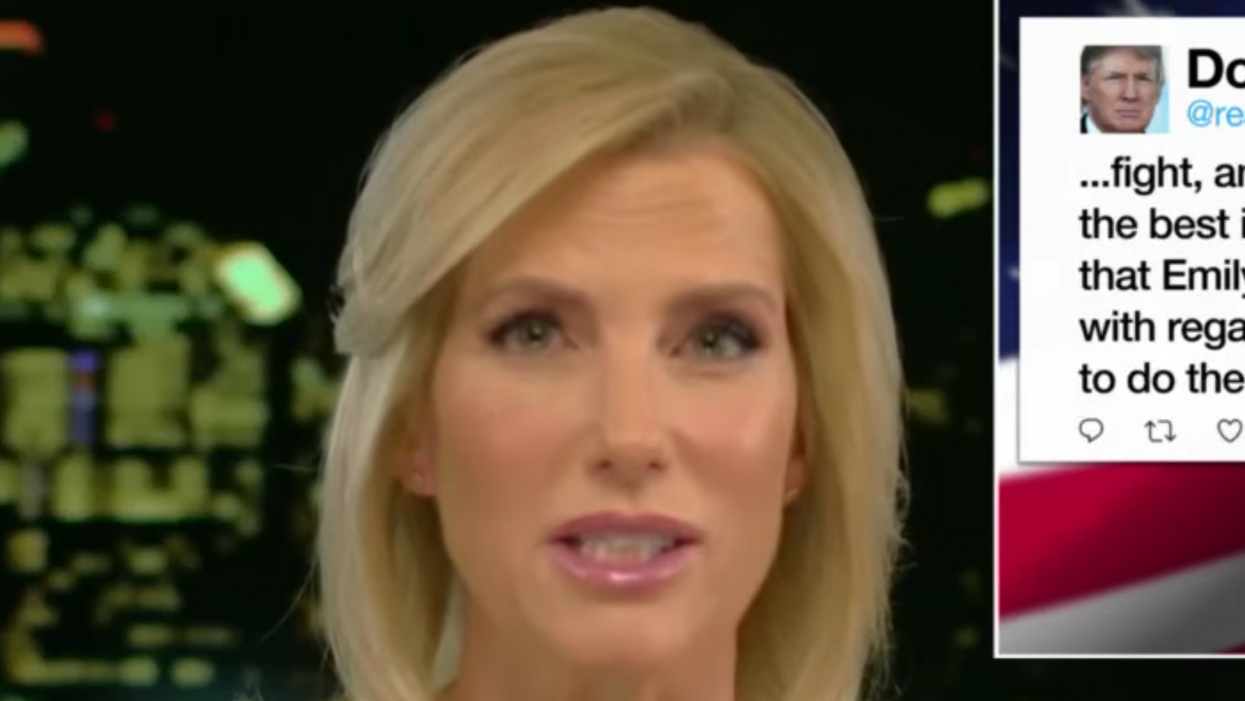 On Monday evening, after Trump tweeted to thank Murphy for her work, Ingraham recalled all that has transpired during the post-election period as she discussed the reality of what lies ahead. Although Trump has repeatedly declared he has won the election while continuing to give his supporters a false sense of hope, Ingraham made it clear that Trump overturning the election would be unlikely.

"As much as we wish things were different, this is where things stand tonight," Ingraham said.

She added, "Now, legal challenges continue in a number of states, serious questions about vote counting, poll watcher access are outstanding," Ingraham said. "But unless the legal situation changes in a dramatic and frankly and unlikely manner, Joe Biden will be inaugurated on January 20th."

"And it does not mean that I disagree at all with the President's right and obligation to pursue all legitimate legal challenges to this outcome," she said. "To say this constitutes living in reality."

Ingraham went on to tell her viewers the hard truth in an effort to not offer them "a false sense of reality."

She added, "And if I offered you a false reality, if I told you that there was an excellent phenomenal chance that the Supreme Court was going to step in and deliver a victory to President Trump, I'd be lying to you."

"Now you've known me for a long time...long enough to know that I will not lie to you or simply tell you what you want to hear. But what I will tell you tonight, is that even amidst an election loss, there is an enormous amount for us to be hopeful about, even optimistic, and how things are handled going forward is going to have a huge impact on the Republicans' ability to stop Biden's most egregious moves."

As states continue to certify election results and Trump's lawsuits continue to be dismissed from courts across the country, Biden and Vice President-elect Kamala Harris move closer toward Inauguration Day.