Even if Biden wins, millions of Americans voted to reelect a ‘dangerous sociopath’: conservative 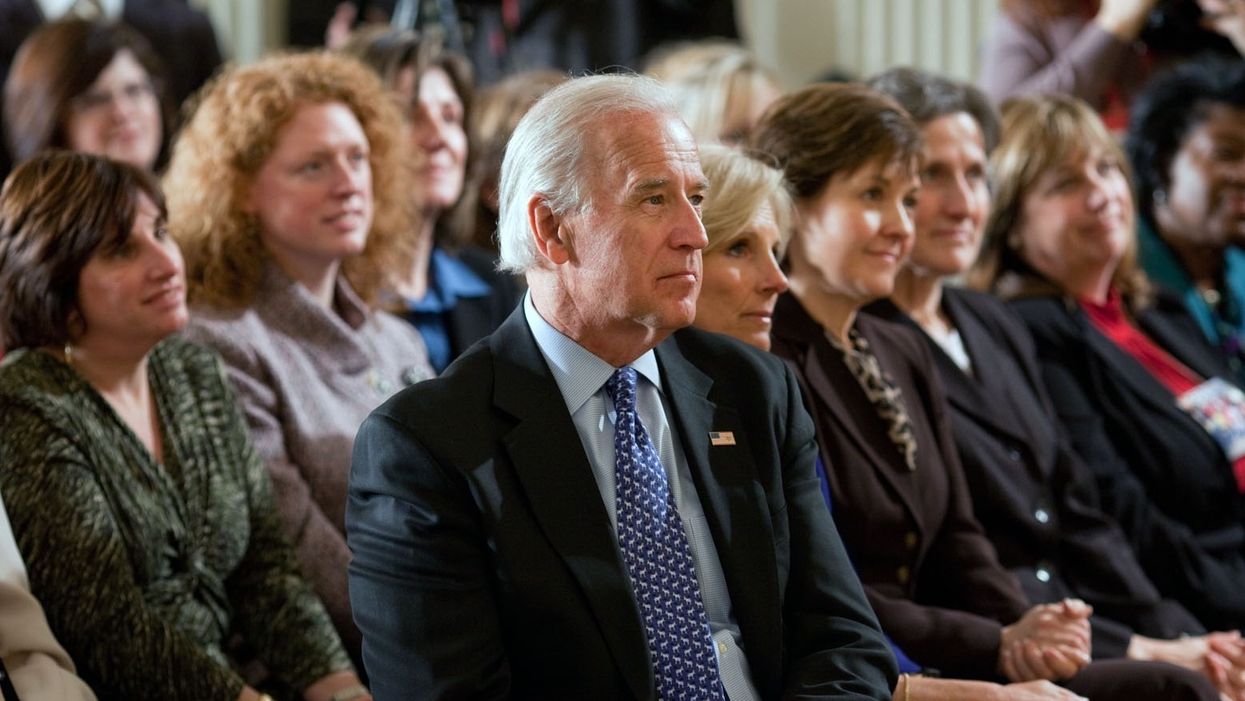 As of Thursday morning, November 5, a winner has not been called in the United States' 2020 presidential election — and the vote-counting continues in Pennsylvania, Georgia and other states. Former Vice President Joe Biden is ahead in the electoral vote count. President Donald Trump has a narrow 2% lead in Pennsylvania, but that lead could disappear if an abundance of uncounted votes in heavily Democratic Philadelphia go to Biden. Whatever the ultimate outcome, it has been a close nail-biter of an election. And Never Trump conservative Tom Nichols, in an article for The Atlantic, laments that even if Biden wins the disturbing part is that millions of Americans voted to reelect an authoritarian "sociopath."

"The moment every Donald Trump opponent has been waiting for is at hand: Joe Biden seems to be taking the lead," Nichols writes. "So, why am I not happy?…. No matter how this election concludes, America is now a different country."

In 2020, Nichols explains, millions of Americans have seen how much of an authoritarian Trump is — and they wanted to reelect him anyway.

"Nearly half of the voters have seen Trump in all of his splendor — his infantile tirades, his disastrous and lethal policies, his contempt for democracy in all its forms — and they decided that they wanted more of it," Nichols writes. "His voters can no longer hide behind excuses about the corruption of Hillary Clinton or their willingness to take a chance on an unproven political novice. They cannot feign ignorance about how Trump would rule. They know, and they have embraced him."

Nichols adds, "Sadly, the voters who said, in 2016, that they chose Trump because they thought he was 'just like them' turned out to be right. Now, by picking him again, those voters are showing that they are just like him: angry, spoiled, racially resentful, aggrieved, and willing to die rather than ever admit that they were wrong."

By "willing to die," Nichols is obviously referring to Trump's response to the coronavirus pandemic and his disdain for social distancing measures. Trump's crowded MAGA rallies have been giant Petri dishes, and countless supporters showed up without masks anyway.

In his article, Nichols points out that he is a conservative. But he argues that millions of Trump supporters are not motivated by traditional conservative policies — they are motivated by anger and white grievance.

Nichols stresses, "It's clear now that far too many of Trump's voters don't care about policy, decency, or saving our democracy. They care about power. Although Trump appears to have received a small uptick in votes from Black men and Latinos, the overwhelming share of his supporters are White. The politics of cultural resentment, the obsessions of White anxiety, are so intense that his voters are determined not only to preserve minority rule, but to leave a dangerous sociopath in the Oval Office. Even the candidacy of a man who was both a political centrist and a decent human being could not overcome this sullen commitment to authoritarianism."

Nichols concludes his article by lamenting that the 2020 election underscores the ugly political divisions in the United States.

"If Biden wins, we will have a second chance to keep our democracy intact," Nichols writes. "Some of us will have a moment of clarity. Most of us will just want to go home, throw up, change our clothes, and hope for the best. But many millions, eyes dimming and livers failing, are still reaching for the bottle."