Eric Trump told Minnesotans to get out and vote. Today — a week after the election 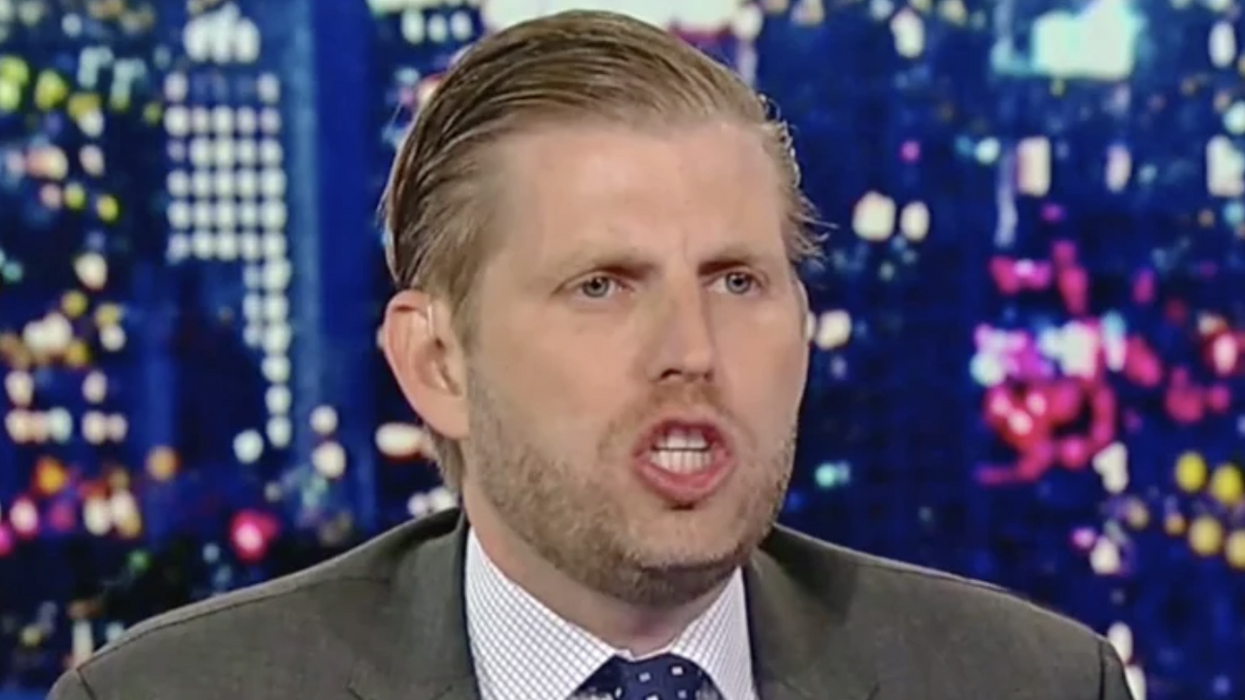 What do you do when you're a crime family and all your kids are Fredos? You fail. A lot.

Of course, we all know Eric has the cognitive ability of a below-average glue-huffing Sea-Monkey, but that doesn't mean it still isn't hilarious when he screws up.

This morning, Eric tweeted — and then quickly deleted — this:

Well, Minnesota DID get out and vote ... last week ... and they opted to defenestrate his father's ocher arsehole.

Naturally, Twitter was only too happy to point out Eric's gaudy gormlessness.

Donald Trump has often bragged (falsely, of course) about hiring only the best people. At the same time, he apparently sires the worst. In fact, he's like a gravity well of incompetence, as anyone who moves beyond the event horizon of his inner circle has to be super-dumbfuckish, or a relative, or both to survive for very long.

It's the Trump way. And it won't change. Luckily, they have to go back to fucking up their business now. And I certainly won't object to that.