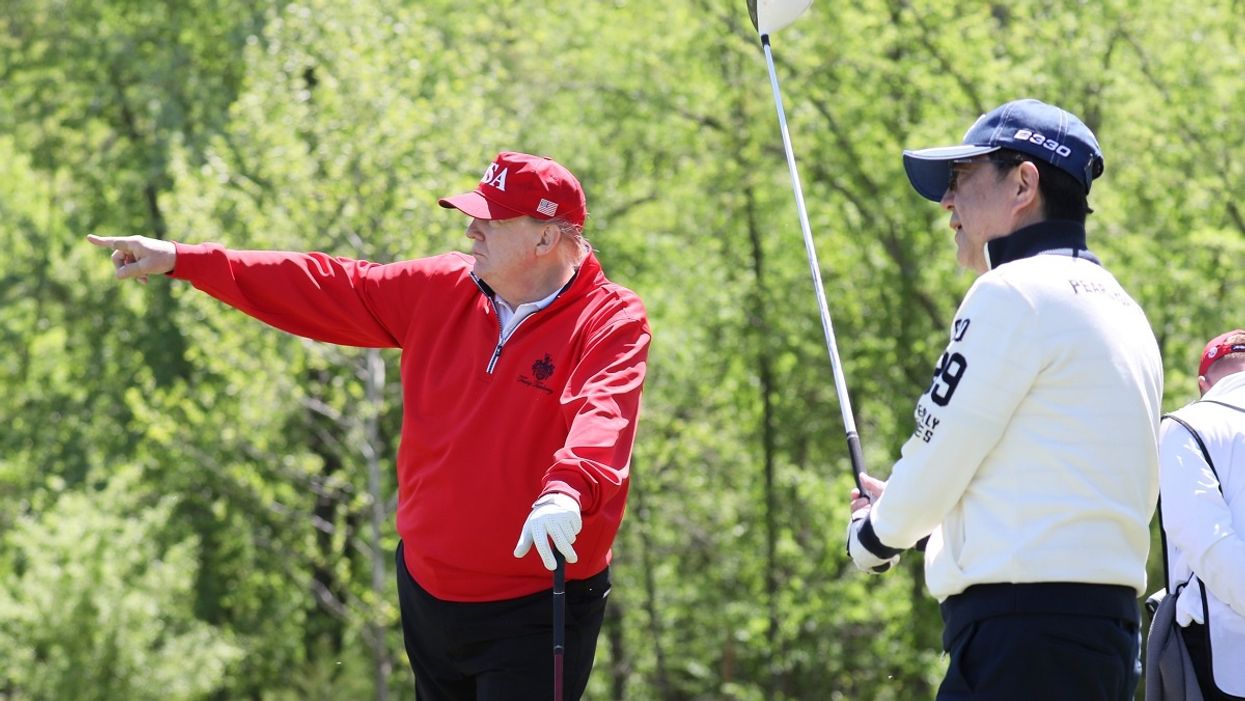 After briefly attending the virtual G20 summit from the White House's Situation Room on Saturday, President Doanld Trump skipped a meeting with other leaders of the world's 20 largest economies where the attendees discussed the coronavirus pandemic.

The "Pandemic Preparedness and Response" meeting included addresses by French President Emanuel Macron and German Chancellor Angela Merkel, but no American government officials were listed as speakers. Both Macron and Merkel have been leaders in the global call for a coordinated international response to the coronavirus pandemic, with the French leader calling on Saturday for "solidarity" between countries.

As the U.S. allies prepared to discuss the financing of vaccine collaborations at the two-day G20 summit, Trump retreated to his golf club in Sterling, Virginia.

In the U.S., Covid-19 cases passed 12 million cases on Saturday, less than a week after reaching 11 million cases. On Friday, the country set a new record for new cases recorded in a single day, with more than 198,500 cases confirmed. Deaths are now higher than average in all 50 states and are peaking in 14 states including Maine, Wisconsin, and North Dakota.

Governors, including Trump's Republican allies such as Iowa Gov. Kim Reynolds, are attempting to undo the damage done by the president'sand his political party's widespread dismissal of public health guidance like mask-wearing and social distancing. Earlier this week, Reynolds pleaded with Iowans to obey a new mask mandate, which she issued after months of calling such measures "feel-good" restrictions.

"If Iowans don't buy into this, we lose," Reynolds said this week. "The cost in human life will be high."

Despite reports of overwhelmed hospitals in states including Texas, Kansas, Tennessee, and Nevada, the president has taken no questions from reporters about the pandemic since most news outlets declared President-elect Joe Biden the winner of the 2020 election on November 7.

Instead, the president has been largely focused on his efforts to prove the election, which Biden won by more than six million votes, was rigged and that so-called "voter fraud" is behind Biden's victory. On Saturday, after leaving the G20 summit and before arriving at his golf club, Trump tweeted about unspecified "big voter fraud information coming out concerning Georgia," which certified the election results on Friday after a hand recount confirmed that Biden won the state.

"The president is not only missing from his post, but he's encouraging a mutiny," Larry Jacobs, director of the Center for the Study of Politics and Governance at the University of Minnesota, told The Guardian on Saturday. "There's no precedent in American history for this kind of deranged behavior."