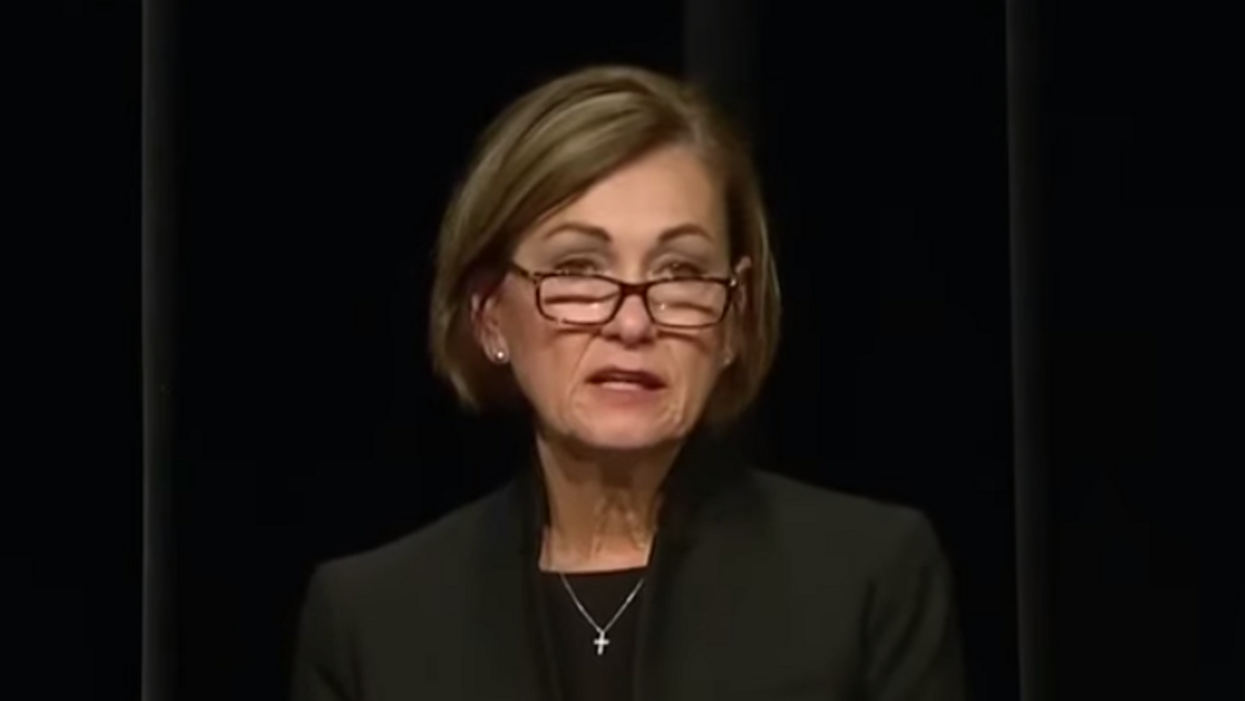 As COVID-19 surges across the country, some governors are experiencing a hard collision between reality and their Republican ideas about governance. Governor after governor who spent months rejecting mask mandates, often railing against them, is now admitting they're necessary. Partly, these governors are coming up against the distance between the ideas they claimed to embrace and the ideas Donald Trump was pushing hard this whole time. Republicans like North Dakota Gov. Doug Burgum, Utah Gov. Gary Herbert, and Iowa Gov. Kim Reynolds previously said they were backing personal responsibility and individual freedom around masks, but are now having to mandate masks because, at least in the age of Trump, the Republican base uses its individual freedom to violently reject personal responsibility.

North Dakota currently sports the highest COVID-19 mortality rate in the world, which apparently made Burgum think that maybe he wasn't doing everything exactly right. He's gone from emotionally urging people to wear masks without requiring it in May, to "It's not a job for government; this is a job for everybody," in October, to a mask mandate backed up by $1,000 in fines for violations. Apparently it is a job for government after all.

Reynolds, too, had earlier gone the route of saying that a mask mandate was unnecessary or even counterproductive because people would do the right thing on their own—even as Trump encouraged them not to do the right thing.

"No, I'm not going to mandate masks. I trust Iowans. I believe in Iowans," Reynolds said in a local radio interview in July. "There's no way to enforce it. Most of the states or entities that have done that, they've actually gone as far as to say we're not going to enforce it, so it's just kind of a feel-good." Well, sure, if by "feel-good" you mean "people feel good because they don't have COVID-19."

That whole "I trust Iowans" thing turned into exponential growth of coronavirus rates turned into a mask mandate, because "It's up to all of us so that the worst-case scenarios I just described don't become reality."

Who knows, maybe personal responsibility and individual freedom could, under ideal circumstances, have worked. Probably not, but we'll never know, in part because these Republicans were urging personal responsibility at the same time as the leader of their party was telling his followers to let it all hang out. Burgum and Herbert and Reynolds don't look like people who wanted to believe the best of their constituents, but like leaders who refused to lead out of fear. And now their states are overrun, their hospitals are overwhelmed, their constituents are dying—and the nationwide coronavirus surge is threatening states that have been trying to do the right thing all along.

The coronavirus does not care about your individual freedom.