#StopTheSteal is Trump supporters' viral offensive to discredit the election 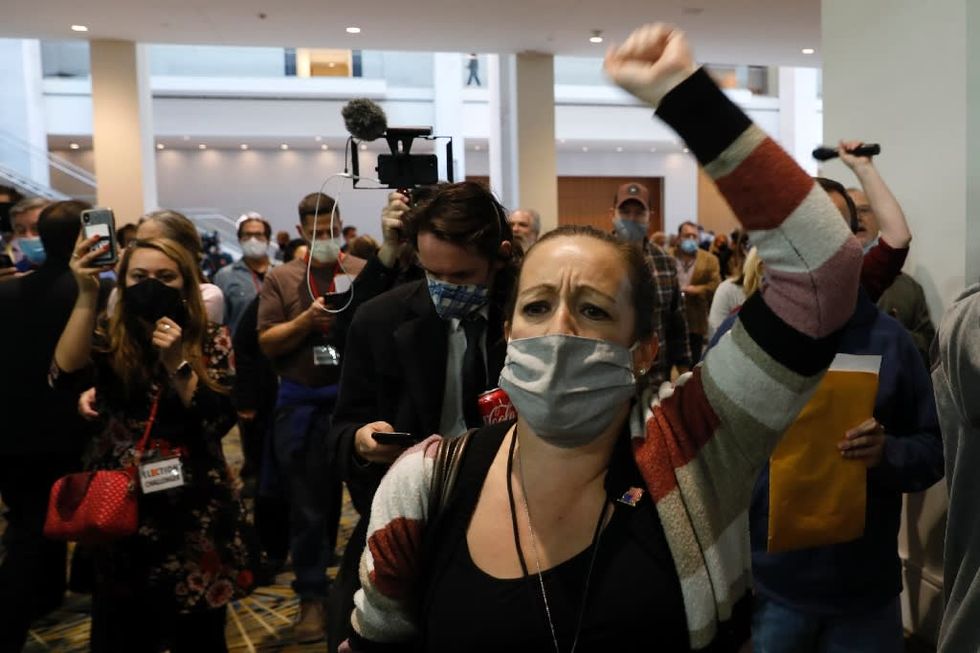 New York (AFP) - All it took was a Facebook page and a hashtag: As election tallies trickled in Donald Trump supporters were busy going viral, accelerating the unsubstantiated claim that Democrats were "stealing" the election under the rallying cry #StopTheSteal.It lived just 48 hours but the page quickly racked up 350,000 members, people subscribing to the conspiracy theory the Republican president too has been touting to his 88 million Twitter followers.Trump's social media "influencers" -- his son Donald Trump Jr, or the spokesperson of the Republican party Elizabeth Harrington -- also play...