Deutsche Bank looking to dump Trump after election and may seize his assets if he cannot repay debts: report 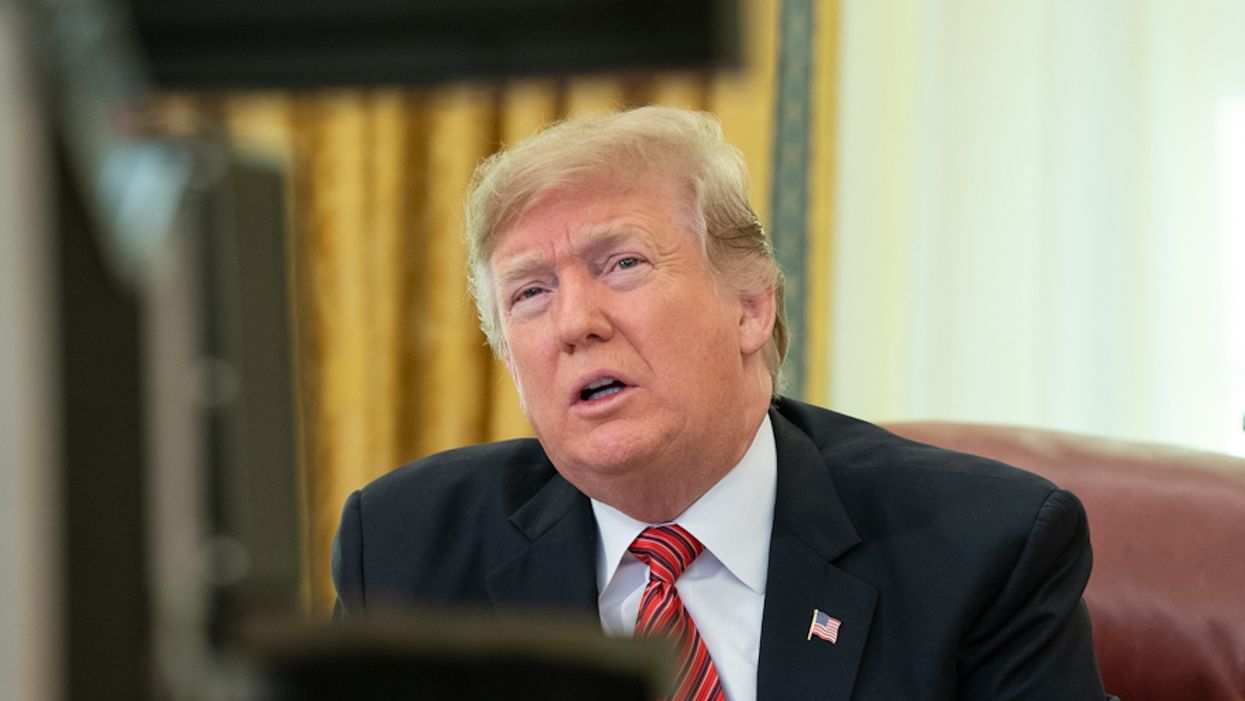 The German multinational investment lender Deutsche Bank may be looking to sever its business relationship with President Donald Trump and drop approximately $340 million of the president's debt after the election, according to a new report published by Reuters.

A Deutsche Bank management committee that focuses on upholding the lender's reputation and risk factors in North America has been discussing various ways to distance from the Trump Organization, Trump's parent company currently being run by his two sons, Donald Trump Jr. and Eric Trump.

It has been reported that Trump's debt with the bank consists of three loans that will be coming due over the next two years. While the loans are current on payments, there are still multiple concerns about the bank's relationship with Trump and the bank may be considering ways to drop the debt by seeking to "sell or demand repayment" of the loan, according to Business Insider.

According to the three bank officials, Trump's continuous investigative probes and "bad press" are being described as "serious collateral damage" that does not bode well for the real estate mogul's reputation or the bank's.

"It comes at a time when Chief Executive Christian Sewing is trying to turn Deutsche Bank around after its decades-long run at becoming a major Wall Street bank left it nursing huge losses," Reuters reported.

The bank's relationship with Trump spans back to the late 1990s and according to one official, Deutsche Bank has lent to president more than $2 billion dollars over the span of their entire business relationship. But as of late, the bank has been dragged into multiple investigations and Congressional matters due to heightened speculation about Trump's business deals and possible ties to Russia.

On multiple occasions, Sen. Elizabeth Warren (D-Mass.), who serves on the Senate's banking committee, has called for an investigation into Deutsche Bank over questions regarding the bank's money laundering protocols and controls. The Democratic lawmaker has also raised questions about the bank's relationship with Trump and the members of his family.

"You bet I'm going to continue to fight for accountability and strong enforcement of our banking laws, especially for giant institutions like Deutsche Bank," she previously said.

Even if Trump loses the election, Warren has vowed to continue her push for an investigation into Trump and his relationship with the bank.