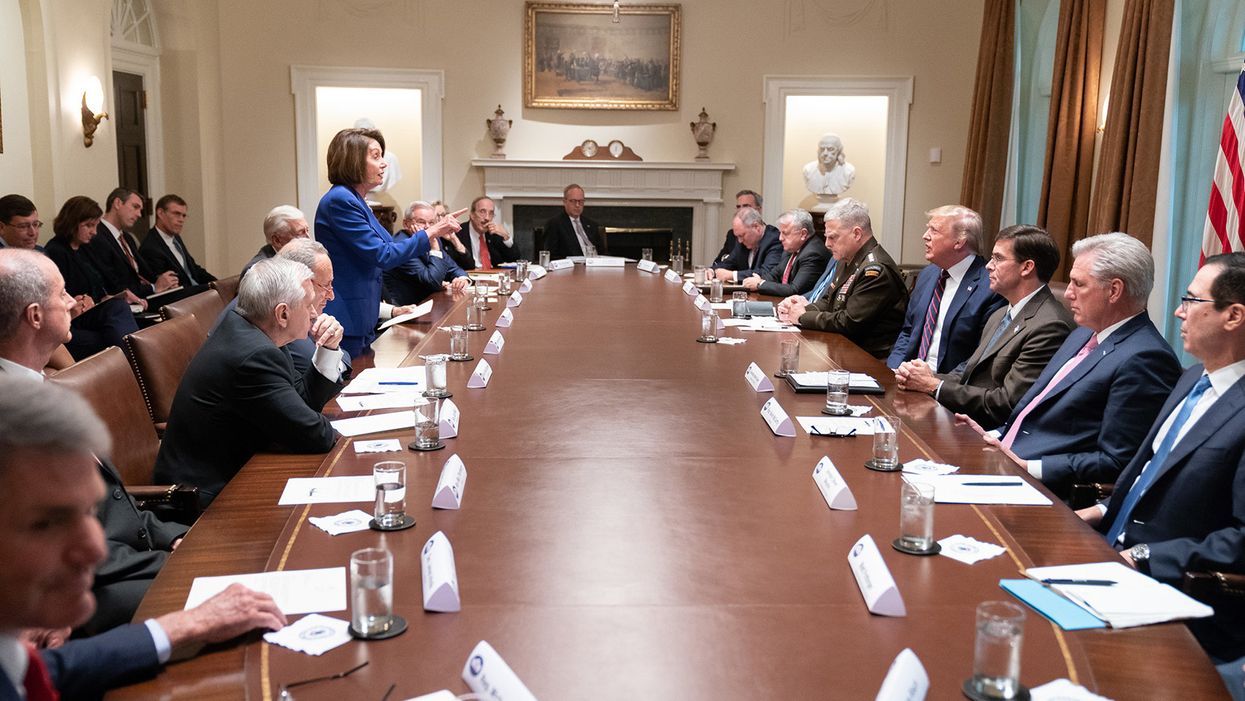 The Democratic National Committee was hoping the 2020 election would be so vehement a repudiation of Trumpism that Democrats would recapture the U.S. Senate and substantially increase their majority in the U.S. House of Representatives. But that blue tsunami didn't materialize. Although President-elect Biden enjoyed a decisive victory — winning 306 electoral votes and defeating President Donald Trump by more than 6 million in the popular vote — the Democratic House majority shrunk, and the future of the Senate is still up in the air (depending on what happens in two Senate runoffs in Georgia in January). The Atlantic's Ronald Brownstein, in an article published on November 27, argues that Democrats' majority in the House has become shaky and outlines some things he believes they need to do to prevent Republicans from retaking the House in 2022.

"Joe Biden marked an unexpected and unwanted milestone this month when he won a clear popular-vote majority in the presidential election but saw his party suffer substantial losses in the House of Representatives," Brownstein explains. "That unusual combination of results — the first time it's happened in more than 120 years — crystallizes the core challenge Democrats face in translating their consistent victories in the popular vote into congressional power."

Although the GOP slightly increased its Senate majority in 2018, Democrats enjoyed a blue tsunami in the House that year with a net gain of 40 seats. House Speaker Nancy Pelosi has been overseeing a very big tent in 2019 and 2020 — one ranging from centrists like Rep. Abigail Spanberger of Virginia to staunch progressives such as Rep. Alexandria Ocasio-Cortez of New York City, Rep. Pramila Jayapal of Washington State and Rep. Ilhan Omar of Minnesota.

Brownstein describes the Democratic coalition in the House as "deep but narrow" in "geographic terms."

"The (Democratic) Party has consolidated its hold on the nation's largest metropolitan centers, which allows it to amass substantial popular-vote victories," Brownstein notes. "But it has systematically declined in the smaller places beyond them — a dynamic that's intensified during Donald Trump's polarizing presidency."

The Atlantic senior editor observes, "While Democrats will still run the House (in 2021), Republicans' unanticipated gains there underscore how the growing concentration of the Democrats' political support into a few large places threatens their position in that chamber as well. With three House seats still to be decided — one each in California, Iowa and New York — Republicans have substantially narrowed the majority that the Democrats amassed in their 2018 sweep. So far, Democrats will control 222 House seats and Republicans 210; immediately before the election, the balance was 232 Democrats to 197 Republicans, with one libertarian and five vacancies."

Brownstein points out that although Democrats "have now won the popular vote in seven of the past eight presidential elections," their "support in exurban, small-town, and rural regions has collapsed." And he wraps up his piece by emphasizing that if Democrats want to keep the House in 2022, they will need to work extra hard in "newly blue suburban areas" and try to make inroads in rural areas as well — which will be challenging.

"For Democrats, the surest way to defend their House majority may be to rebuild their capacity to compete in at least a few more small-town and rural districts," Brownstein argues. "That proved impossible with Trump polarizing the electorate so sharply along cultural lines. The future of the House Democratic majority may depend on whether Biden succeeds in his uphill quest to lower the temperature of partisan conflict and narrow the nation's gaping political divides."