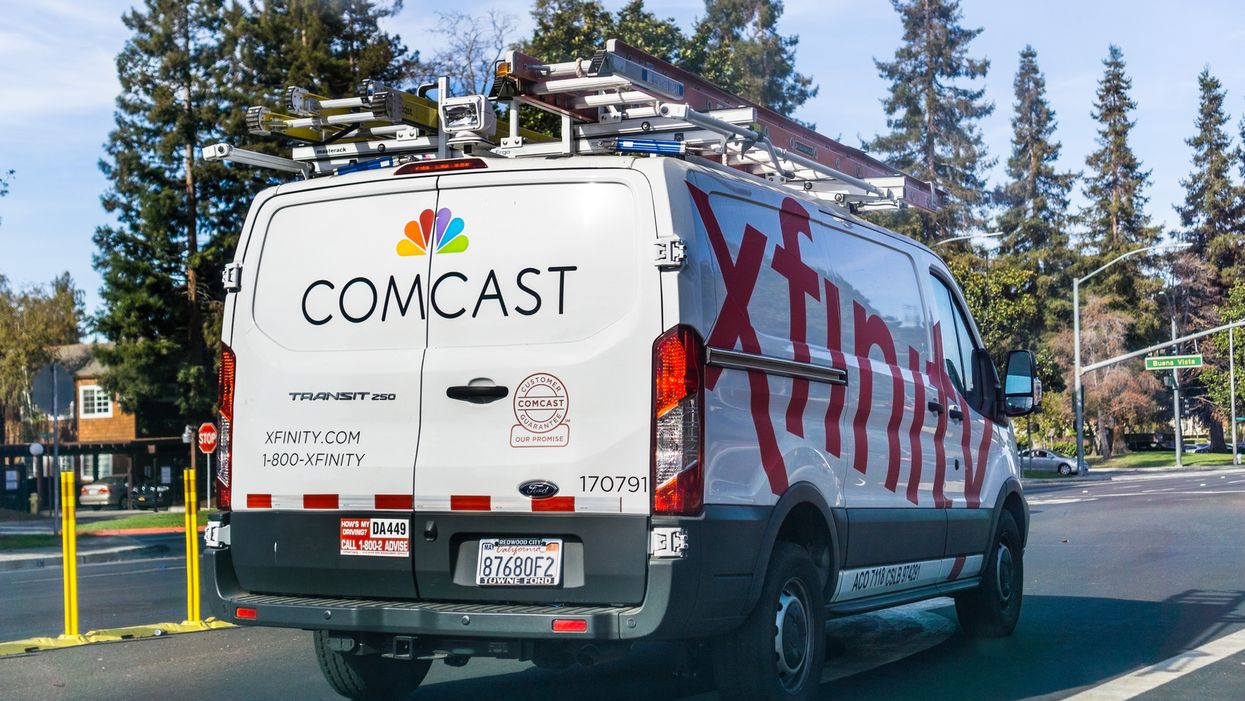 The only thing more American holiday season than conservatives pretending that liberals want to destroy them, is telecommunication companies telling consumers that right around the holiday season they are going to raise the prices of their services for bullshit reasons and there's nothing you can do about it. And as we head into Thanksgiving and then a grand consumerist run toward the birth of baby Jesus and the festival of lights Comcast has announced that it will be hiking TV and internet prices, as well as hidden fees! U S A!

The reason the hidden fees hike is an important note is that these fees are not included in promotional packages. This means that if you just signed up for a service, or are still technically inside of that promotional period, while you won't have your promotional costs change, you will have your "Broadcast TV" fee and your Regional Sports Network fee boosted. U S A! U S A! Wait until you hear Comcast's excuse for these hikes in price!

Arstechnica reports that Comcast released a statement saying that, "Rising programming costs—most notably for broadcast TV and sports—continue to be the biggest factors driving price increases for all content distributors and their customers, not just Comcast. We're continuing to work hard to manage these costs for our customers while investing in our network to provide the best, most reliable broadband service in the country and the flexibility to choose our industry-leading video platform with X1 or the highest quality streaming product with Flex, the only free streaming TV device with voice remote that's included with broadband service."

Wild. Also strange as numerous people point out that Comcast owns NBC Universal—one of those "content distributors" that are clearly "driving price increases." One of the oldest arguments in the world against the consolidation of media content distributors and telecommunication companies was that this very bogus thing would happen, and just get worse. The absurdity of it all is something that TechDirt's Karl Bode wrote about in what is arguably the greatest news headline on the subject in the history of headlines, "Comcast Tells Customers They May Lose Access To Comcast Channels If Comcast Can't Agree With Comcast."

Either way, these fights have been getting increasingly worse over the last decade, with consumers routinely losing access to TV content they pay for -- and almost never getting a refund. Regulators in the Trump era effectively giving up on consumer protection hasn't helped. And while the added competition from streaming has helped matters somewhat, you can expect entirely new issues as the battle over gatekeeper dominance simply changes shape.

As for the second excuse Comcast gives, investment in their network, let's remind everyone that since the Republican tax giveaway, telecommunications companies across the board (as well as most big businesses) have slowed down their infrastructural spending, not increased it. When you consider the spending that these companies do on infrastructure is built into their profit projections years in advance, it means that these companies are pulling back on infrastructure the more money they pocket because there is no reason to actually provide the better promised services in their respective monopolistically controlled areas. The reason there is no reason is that there is no law or accountability to the American consumer.

Telecommunications giants like Comcast make many billions of dollars in profit with "hidden fees." These are the fees that companies are somehow allowed to forget to mention when they are offering up big new deals to new customers. The level of consumer complaints against Comcast are almost cartoonish. But, even before the Trump administration used former Verizon lawyer and shill Ajit Pai to do away with net neutrality protections, consumers were always at the very short end of the stick with telecommunications monopolies like Comcast, Charter, Verizon, and AT&T.