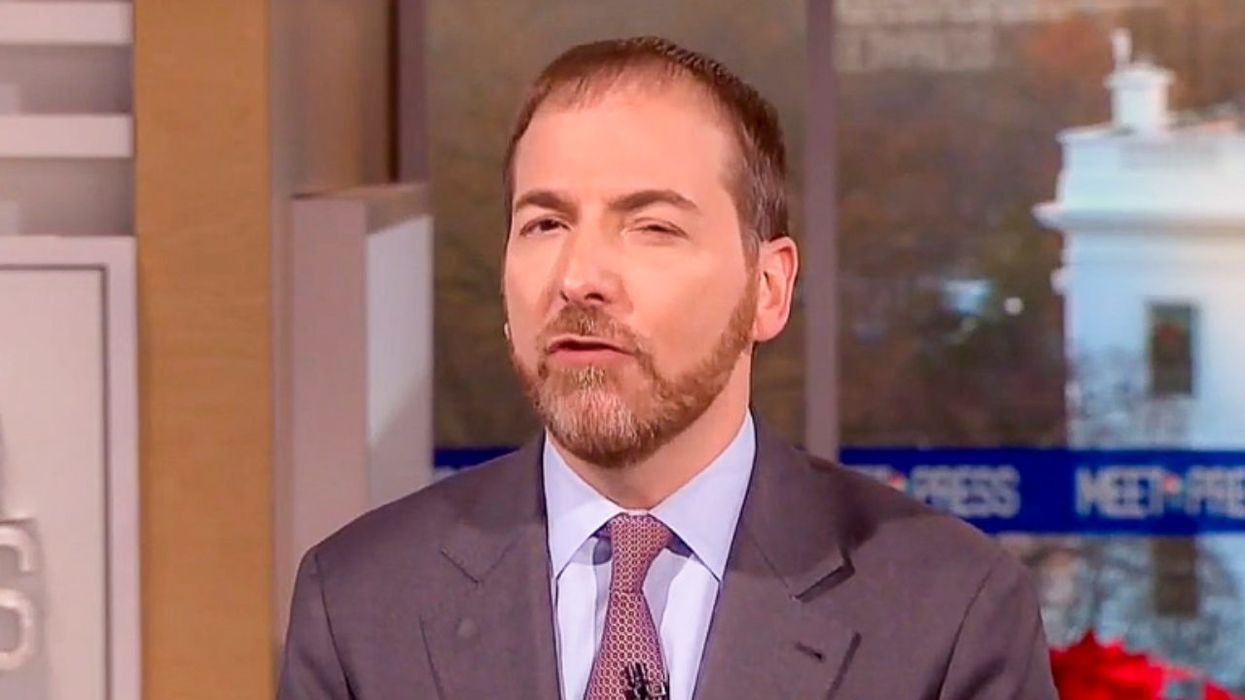 Chuck Todd is once again under fire, as calls mount to fire the host of NBC News' once-venerated "Meet the Press."

Todd on Sunday hosted Republican U.S. Congressman Kevin Cramer of North Dakota, an early supporter of Donald Trump, and allowed him to lie on-air with nearly no push-back.

Among the lies Rep. Cramer spewed in just 21 seconds: The Obama administration spied on Donald Trump, the Mueller Russia investigation "started with no evidence and ended proving that there was no evidence," and the impeachment of the President was "crazy."

These are blatant lies from Sen. Kevin Cramer and Chuck Todd should've pushed back on them https://t.co/ZAyLipVn2i
— Aaron Rupar (@Aaron Rupar)1606057497.0

Cramer also went on to falsely claim Trump's baseless and frivolous lawsuits – including the most recent one that a judge tossed out "with prejudice" – are "appropriate." Out of three dozen lawsuits Trump has lost 34 and won just two.

And while Cramer did say that the GSA should release the transition funds to President-elect Joe Biden he refused to acknowledge Biden won the election. He also spewed other lies, with no pushback from Todd, including: Joe Biden has not yet won the election, Trump "is just exercising his legal options," and Biden has been "over-dramatic."

Chuck Todd has at least 3 obvious flaws as the Meet the Press moderator: He is a biased in favor of the white pat… https://t.co/ItS9eLpR67
— ☇RiotWomenn☇ (@☇RiotWomenn☇)1606061870.0

Chuck Todd is a National Embarrassment He should not be the anchor of a formerly highly respected Sunday Show let a… https://t.co/02VihASW9B
— Mona (@Mona)1606060616.0

@MattNegrin @Mobute @chucktodd @MeetThePress @NBCNews it is time for Chuck to go. This is reprehensible
— Robert Rikard (@Robert Rikard)1606062982.0

@MattNegrin @chucktodd @MeetThePress When we were flipping between channels during the election, I thought… https://t.co/nVpwGHxBFy
— Tara 🐯 Brown Ⓥ (@Tara 🐯 Brown Ⓥ)1606062345.0

Chuck Todd is both the name of a television host and also a great suggestion of what MSNBC should do with him.
— Steve Hofstetter (@Steve Hofstetter)1606064182.0

Chuck Todd is both the name of a television host and also a great suggestion of what MSNBC should do with him.
— Steve Hofstetter (@Steve Hofstetter)1606064182.0