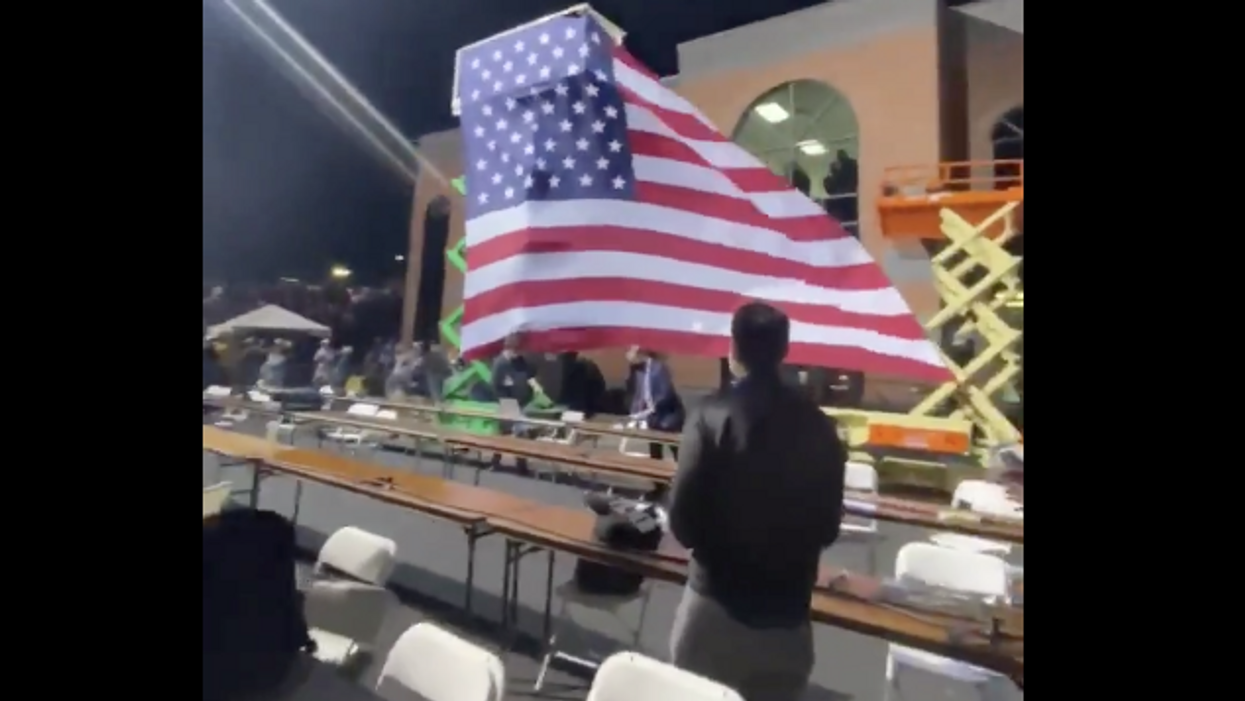 As the vote counting in the United States' 2020 presidential race continued in Pennsylvania, Georgia and other key battleground states this week, the news was looking better and better for former Vice President Joe Biden. And according to the Washington Post, the U.S. Secret Service planned to ramp up its protection of Biden as a victory appeared likely.

The Washington Post's Carol D. Leonnig reports, "The Secret Service is sending reinforcements to Wilmington, Delaware starting Friday (November 6) to help protect former Vice President Joe Biden as his campaign prepares for the possibility he may soon claim victory in his bid for the White House, according to two people familiar with the plans. The Secret Service summoned a squad of agents to add to the protective bubble around Biden after his campaign told the agency that the Democratic nominee would continue utilizing a Wilmington convention center at least another day and could make a major speech as early as Friday."

Both Secret Service spokeswoman Catherine Milhoan and a Biden campaign aide declined to be interviewed for Leonnig's article. The Post reporter notes that the Secret Service "typically ramps up protection for a president-elect immediately after that person has been declared the winner by assigning a new raft of agents to the incoming president."

"Historically, that increase in protection has happened late into Election Night after one candidate has conceded and the other has given a victory speech," Leonnig explains. "But this year's race has been marked by a drawn-out vote count and a flurry of unsubstantiated attacks by President Trump on the integrity of the election."

As of Friday morning, November 6 at 10:30 a.m., Biden was ahead in the vote count in Pennsylvania — which has 20 electoral votes and would easily give him the 270 he needs to be elected president. Biden had also moved ahead in Georgia's vote count and was maintaining his leads in Arizona and Nevada.

"If Biden is considered the clear winner and Trump does not concede," Leonnig notes, "the Secret Service could wait under agency protocol until the Electoral College meets in mid-December to certify the vote results before officially treating Biden as the president-elect. But Secret Service would probably feel duty-bound to ramp up protection before then, a former agent said."