WATCH: Trump supporter tries to provoke young woman into a fight -- then flips out after she points out his baldness 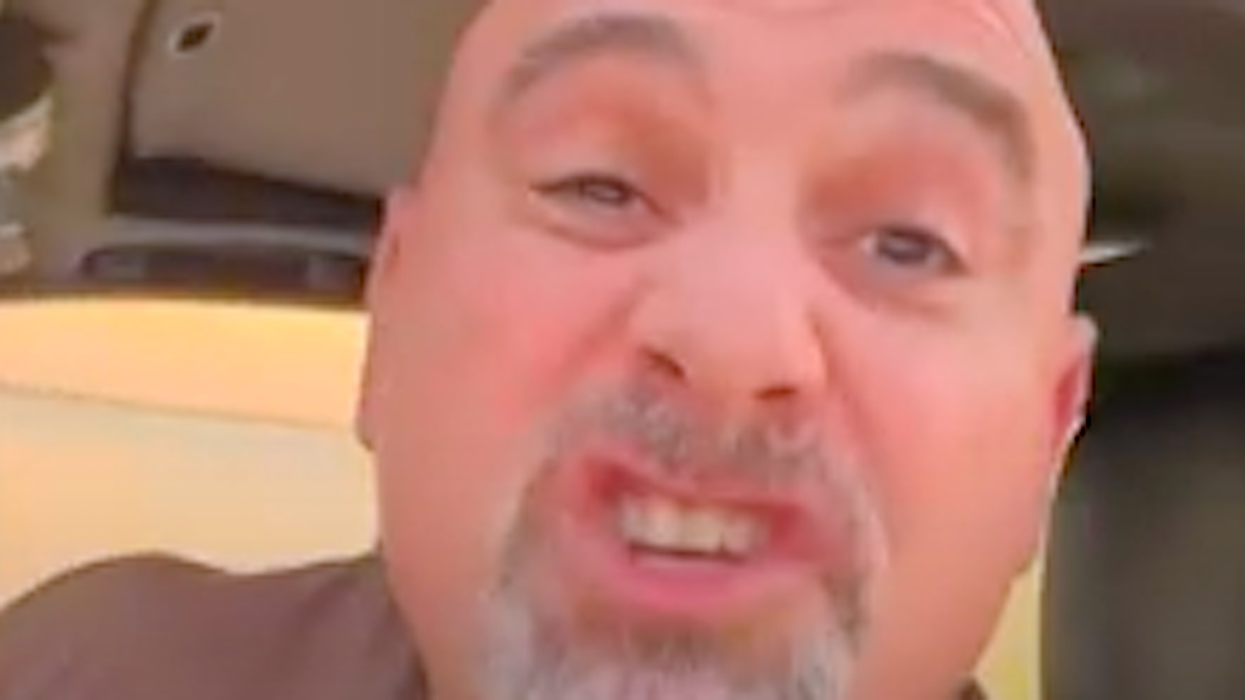 A Trump supporter in Dunedin, Florida, threatened to punch a woman who flipped him off in a confrontation recorded on video.

The video begins with the man walking away from a pickup truck festooned with flags supporting President Donald Trump, and approaching a younger woman who is recording on her phone, reported TMZ.

The man then tries to provoke the young woman, telling her repeatedly to touch him.

"Touch me, f*cking touch me," he says, filling the camera's frame. "I dare you. I'll remove your f*cking head."

The man uses homophobic slurs against the woman and her companions, who taunt him as he walks away, and then he turns around and continues trying to provoke the woman with the phone.

When she walks around to the rear of his pickup to record the license plate number, he jumps into the vehicle and reverses quickly, but she steps out of the way before she is struck.

"You know what you need?" the man says from his truck, after attempting to spit on her. "You need to be removed from the gene pool, because you're too f*cking stupid to be alive."

He tries once more to provoke the girl into touching him, jumping out of the truck and growling when she declines.

An older woman with an accent then approaches and identifies herself as the man's mother and begins to argue with the younger woman, who flings her own insults back.

"Go back to your country, b*tch," the younger woman says.