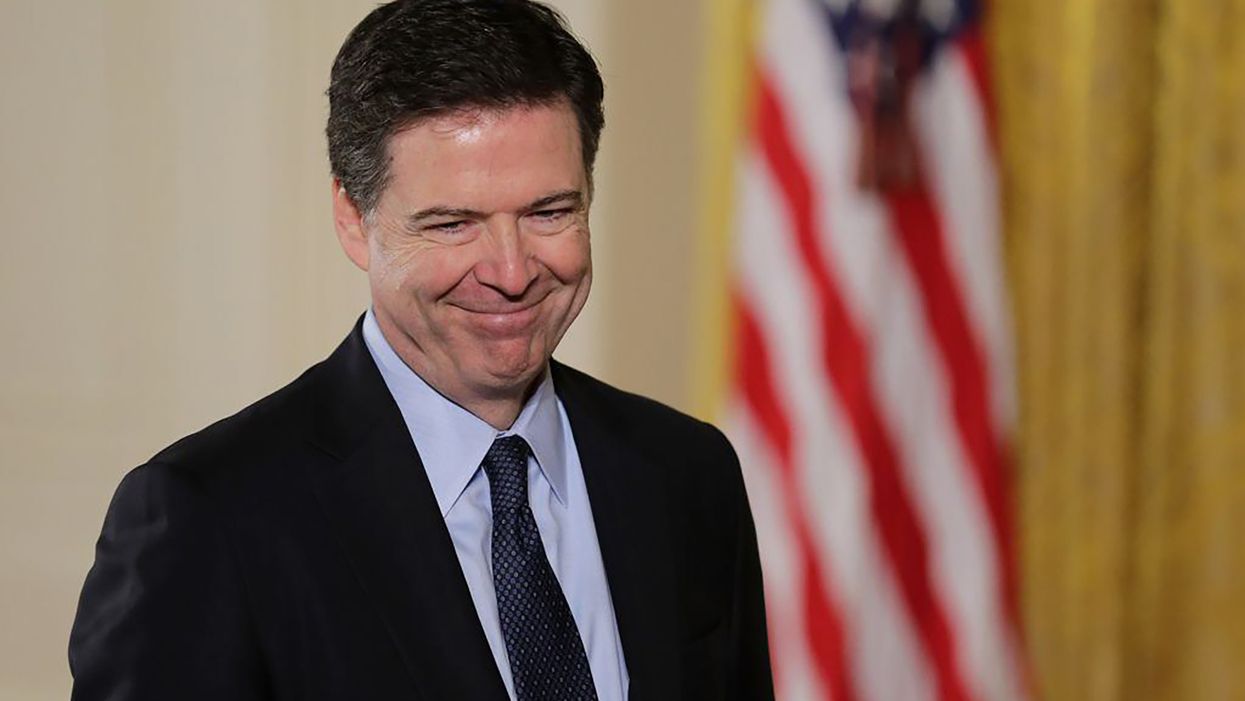 Four years ago, during the 2016 presidential election, Republican nominee Donald J. Trump got the "October surprise" his campaign was hoping for: James Comey, FBI director at the time, announced that he was reopening the investigation of Democratic nominee Hillary Clinton's e-mails. Journalist/author and New York Times reporter Michael S. Schmidt looks back on that October 2016 bombshell in his book, "Donald Trump v. the United States: Inside the Struggle to Stop a President" — and according to Schmidt, one person who urged Comey not to publicly announce his investigation was his wife, Patrice Comey.

Schmidt, in an article published on NBC News' website on October 28 and adapted from his book, explains, "FBI Director Jim Comey's decision to reopen the Clinton e-mail investigation 11 days before the 2016 election will likely go down in history as one of America's most dramatic October surprises. In the four years since that decision, it has become cemented in the minds of Clinton supporters and many political analysts as the turning point for her doomed campaign."

The then-FBI director, Schmidt explains, "turned to" his wife "as he searched for answers" in 2016 — and Patrice Comey advised against announcing the Clinton investigation.

"Patrice was an ardent Clinton supporter and had long dreamt of seeing a woman elected president," Schmidt notes. "She believed Trump was an existential threat and must never sit in the Oval Office. An argument between couples is normal. But in this argument, the Comeys — armed with knowledge that only a handful of Americans were privy to — had to weigh what felt like an incalculable decision. And of course, the stakes felt impossibly high. And as it turns out, they were."

Schmidt's piece describes, in detail, the conversations the Comeys had in October 2016 in their home in McLean, Virginia. On October 27, 2016, Schmidt explains, "There were less than two weeks to go before the presidential election, and now, the Clinton e-mail investigation that Comey had taken the rare step of personally and publicly closing in July was about to roar back to life. 'It's a shit show,' he told Patrice. 'They told me that there's thousands of e-mails.' It would fall to the director to make the final decision about what to do."

James Comey made his Clinton e-mails announcement, and that "October surprise" — just as his wife predicted — seriously damaged Clinton's campaign. On Election Day 2016, Schmidt didn't vote in the presidential election; he believed that by not voting for either Clinton or Trump, he was showing his neutrality or objectivity as a law enforcement agent.

"Patrice, on the other hand, was excited to vote," Schmidt writes. "She had waited decades to vote for a woman presidential candidate, and her eyes brimmed with tears as she selected Clinton."

Schmidt goes on to describe Election Night 2016, writing, "After the Associated Press called Florida for Trump at 10:50 p.m., Jim went to bed, still thinking Clinton would win. At 2:30 a.m., when the AP called the race for Donald Trump, Patrice cried on the phone with her daughters, not giving voice to what she feared: that their father might be blamed for Trump's election. Patrice finally went upstairs to their dark bedroom and woke up her husband to tell him the news. Jim sat right up. 'Oh, God,' he said."