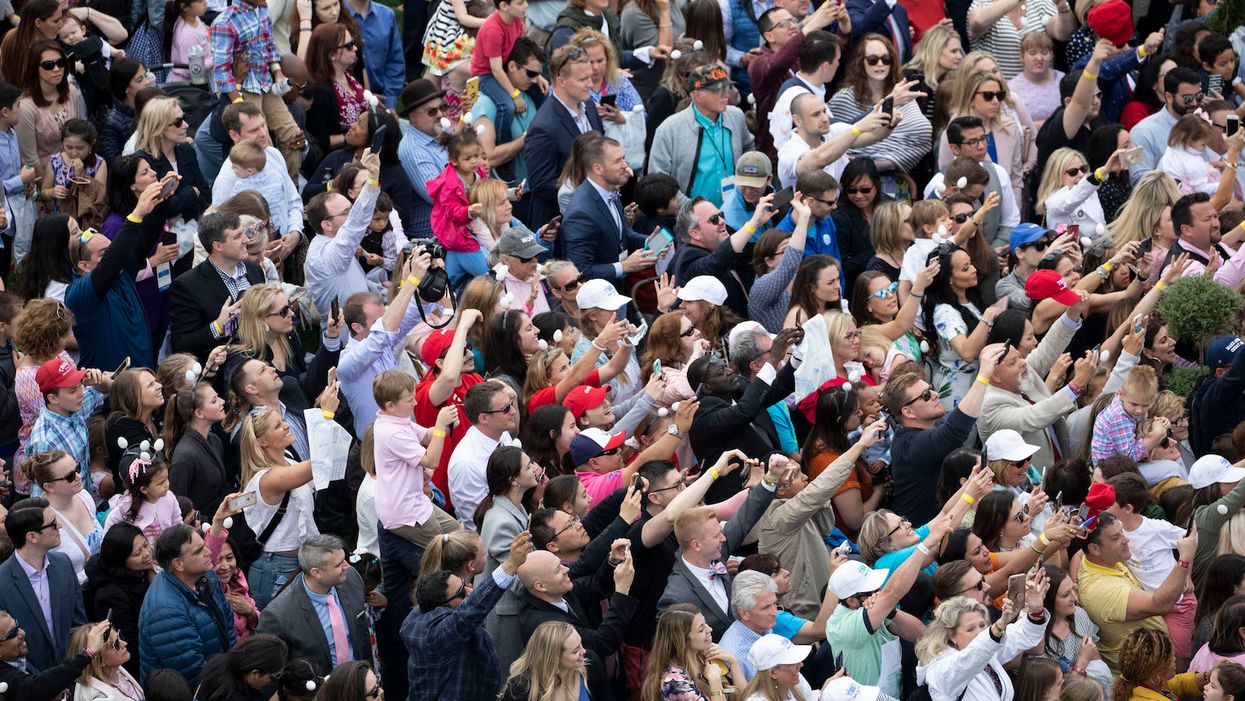 The Republican pollster Frank Luntz warned on Twitter and elsewhere the other day that if preelection polls in this year's presidential race are embarrassingly wrong again, “then the polling industry is done."

It was quite the forecast.

While it is possible the polls will misfire, it's exceedingly unlikely that such failure would cause the opinion research industry to implode or wither away. One reason is that election polls represent a sliver of a well-established, multibillion-dollar industry that conducts innumerable surveys on policy issues, consumer product preferences and other nonelection topics.

If opinion research were so vulnerable to election polling failure, the field likely would have disintegrated long ago, after the successive embarrassments of 1948 and 1952. In 1948, pollsters confidently – but wrongly – predicted Thomas E. Dewey would easily unseat President Harry Truman. In 1952, pollsters turned cautious and anticipated a close race between Dwight Eisenhower and Adlai Stevenson. Eisenhower won in a landslide that no pollster foresaw.

“Predictive failure," I note in my latest book, “Lost in a Gallup: Polling Failure in U.S. Presidential Elections," clearly “has not killed off election polling."

So what, then, accounts for its tenacity and resilience? Why are election polls still with us, despite periodic flubs, fiascoes and miscalls? Why, indeed, are many Americans so intrigued by election polling, especially during presidential campaigns?

The reasons are several, and not surprisingly tied to deep currents in American life. They embrace – but go well beyond – a simplistic explanation that people want to know what's going to happen.

Patrick Caddell, the private pollster for President Jimmy Carter, spoke to that tendency years ago, saying, “Everyone follows polls because everything in American life is geared to the question of who's going to win – whether it's sports or politics or whatever. There's a natural curiosity."

A hunger for certainty runs deep, especially in journalism, where reporters frequently encounter ambiguity and evasion. Since the mid-1970s, large news organizations such as The New York Times and CBS News have conducted or commissioned their own election polls. And reports of crude preelection polls have been found in American newspapers published as long ago as 1824.

These days, polls guide, drive and help fix news media narratives about presidential elections. They are critical to shaping conventional wisdom about the competitiveness of those races.

But polls have an uneven record in modern presidential elections – which, paradoxically, has contributed to their resilience.

Americans are mostly oblivious to that record. They may be vaguely familiar with the “Dewey defeats Truman" debacle of 1948. And they may recall that election polls in 2016 veered off target in key Midwestern states, disrupting expectations that Hillary Clinton would win the presidency.

But other cases, such as the unforeseen landslide of 1952 or the close election that wasn't in 1980, are not often recalled. So polling is at least somewhat shielded from reproach by unfamiliarity with its uneven performance record over time.

Of course, election polls are not always in error. They can redeem themselves, which is another value in American life. 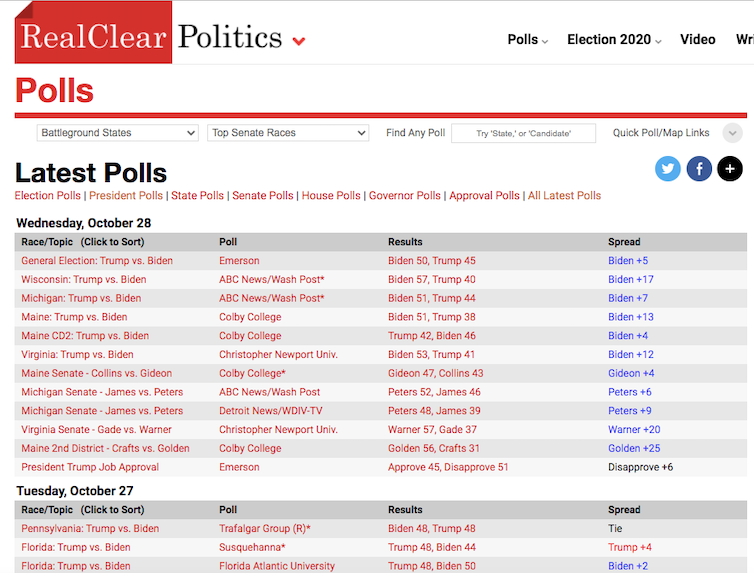 You want polls? RealClearPolitics has polls.

Election polling, and its emphasis on who's ahead and who's sinking, long has been likened to a horse race – a metaphor not always agreeable to pollsters. Archibald Crossley, a pioneer of modern opinion research, revealed as much before the debacle of 1948, in a letter to his friend and rival pollster, George Gallup.

“I have a distinct impression," Crossley wrote, “that polls are still thought of as horse-race predictions, and it seems to me that we might be able to do something jointly to prevent such a reputation."

A better analogy, perhaps, is that polling resembles a high-wire act. A presidential election plays out over many months, typically to growing attention and building anticipation. Whether pollsters will slip up and fail in their estimates inevitably becomes a bit of mild election drama itself.

When forecasts go awry, as they did in 2016, astonishment inevitably follows. For example, Nate Silver, the data journalist who founded the FiveThirtyEight.com polling-analysis and predictions site, said Donald Trump's victory was, broadly speaking, “the most shocking political development of my lifetime."

In 1940, Gallup crowed about the accuracy of its polling in an ad in the newspaper industry publication Editor & Publisher.

Many pollsters insist that election polls are snapshots, not prophesies. But they don't much mind crowing when their final surveys come close to estimating the outcome.

An example of pollster braggadocio came a month after the 2016 presidential election, when Rasmussen Reports declared that it had said all along “it was a much closer race than most other pollsters predicted. We weren't surprised Election Night … look who came in second out of 11 top pollsters who surveyed the four-way race."

George Gallup did much the same in the early years of modern survey research, taking out self-congratultory advertisements in the Editor & Publisher trade journal to tout polling successes in presidential races in 1940 and 1944. “The Gallup Poll Sets a New Record for Election Accuracy!" one of those ads proclaimed.

The proliferation of surveys over the years – Nate Silver's site provides ratings of dozens of pollsters – also allows a sort of team-sport approach to election polls: Savvy consumers can identify and follow preferred pollsters and mostly ignore the rest. Not that this is necessarily advisable, but it is an option allowed by the abundance of polls, many of which can be routinely tracked in the runup to elections at RealClearPolitics.com.

So, for example, supporters of Donald Trump may take heart from Rasmussen surveys, which have been far more favorable to the president during the 2020 campaign than, say, polls conducted for CNN.