Watch: Pete Buttigieg nails another Fox News interview — right when it matters most 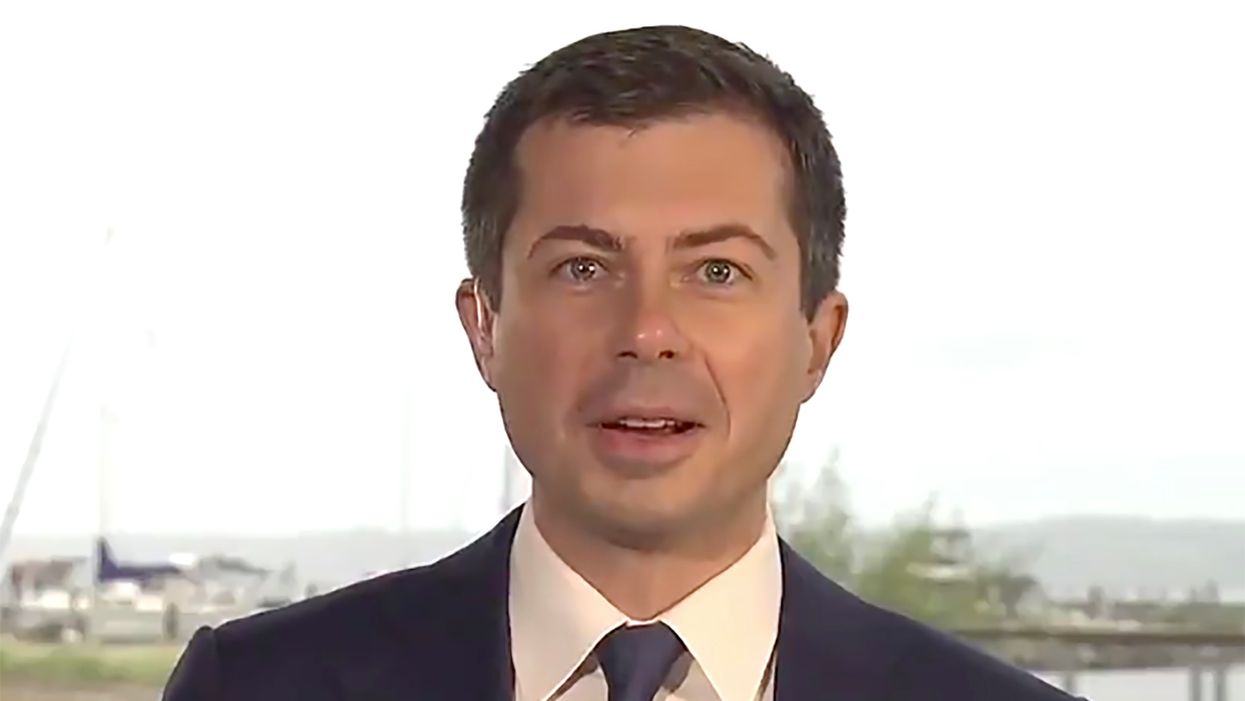 Editor's note: This story, syndicated from Daily Kos, incorrectly stated that Pete Buttigieg was the "first openly gay candidate for a major party." In fact, Fred Karger ran as an openly gay man for the GOP presidential nomination in 2012 and appeared on the ballot in six states.

Former Democratic presidential hopeful and former mayor of South Bend, Indiana, Pete Buttigieg has made a pretty regular and exciting appearance on Fox News Sunday lately. As a surrogate for the Biden-Harris ticket, Buttigieg is doing some important work in reaching Fox News viewers. Though as a presidential candidate he had substantially different views from both Harris and Biden (as is normal and expected among candidates), this Sunday he talked to Fox News host Chris Wallace about unity—and how the wide spectrum of progressives and moderates backing Biden just confirms how important this election is.

"Look how unified we are now," Buttigieg told Wallace. "You've got Democrats from across the spectrum from the left to the center joining with independents and Republicans because we can all see what's at stake here. I can't think of an election in modern history where the choice has been this stark and I know what side I'm on." Buttigieg also talked about one of the most personal reasons he fears Judge Amy Coney Barrett joining the U.S. Supreme Court. Let's look at the clips below.

First, here is that clip about unity.

"Of course there's an enormous amount of frustration that this Senate can't even bring itself, with Mitch McConnell, to vote through a COVID relief package," Buttigieg stressed. "People are suffering, people are hurting, there's no clear end in sight. There's been a bill we brought to them months ago coming out of the House, they won't touch it, they won't do anything but suddenly they have time to rush through a nomination that the American people don't want."

After months of doing nothing for COVID relief, Mitch McConnell and Senate Republicans are finding the time to rush… https://t.co/2QwO64a7QS
— Pete Buttigieg (@Pete Buttigieg)1603037435.0

"My marriage might depend on what is about to happen in the Senate with regard to this justice. So many issues are on the line," Buttigieg added, in reference to the Obergefell v. Hodges decision which legalized gay marriage. Of course, this is far from the first time Buttigieg, the first openly gay candidate for a major party, has talked about his marriage to his husband, Chasten Buttigieg. For example, he once called out Vice President Mike Pence and said his marriage "moved [him] close to God." On the campaign trail, Buttigieg faced homophobic hecklers as well as sweet children who turned to him for advice on coming out.

Some people like to argue that the personal isn't political, but that clearly won't be the case until human rights, equality, and people's dignity aren't on the line. What can we do about that today? Vote.