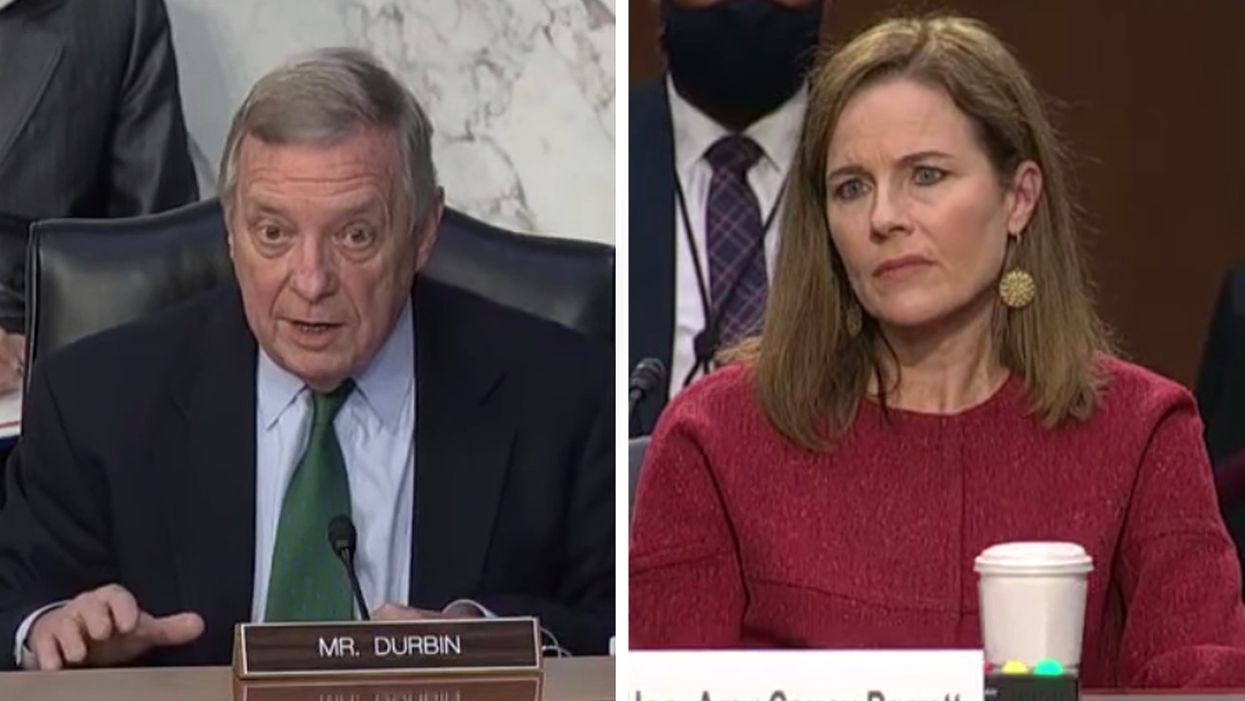 During his questioning of Amy Coney Barrett at her confirmation hearing this Tuesday, Senator Dick Durbin (D-IL) homed in on Democratic fears that Barrett would allow her ideological leanings to affect her judgement should she become a Supreme Court Justice.

"That's where it comes from," Durbin continued. "That's where it originated. And you've said very clearly today … you are not going to be influenced by President Trump's importuning or the importuning of this committee or anyone else. … But this notion that this whole idea of your being used for political purposes is a Democratic creation — read the tweets and you have plenty to work with."

"Three states get 35 percent of the money? How could that possibly be true? Well, it turns out that because those states decided to extend Medicaid coverage to the people who lived in the states, and [Graham's] did not. And as a consequence, fewer people in South Carolina have the protection of health insurance, and those that do are paying for their services, and those that don't are not, which imperils hospitals and others in the process."