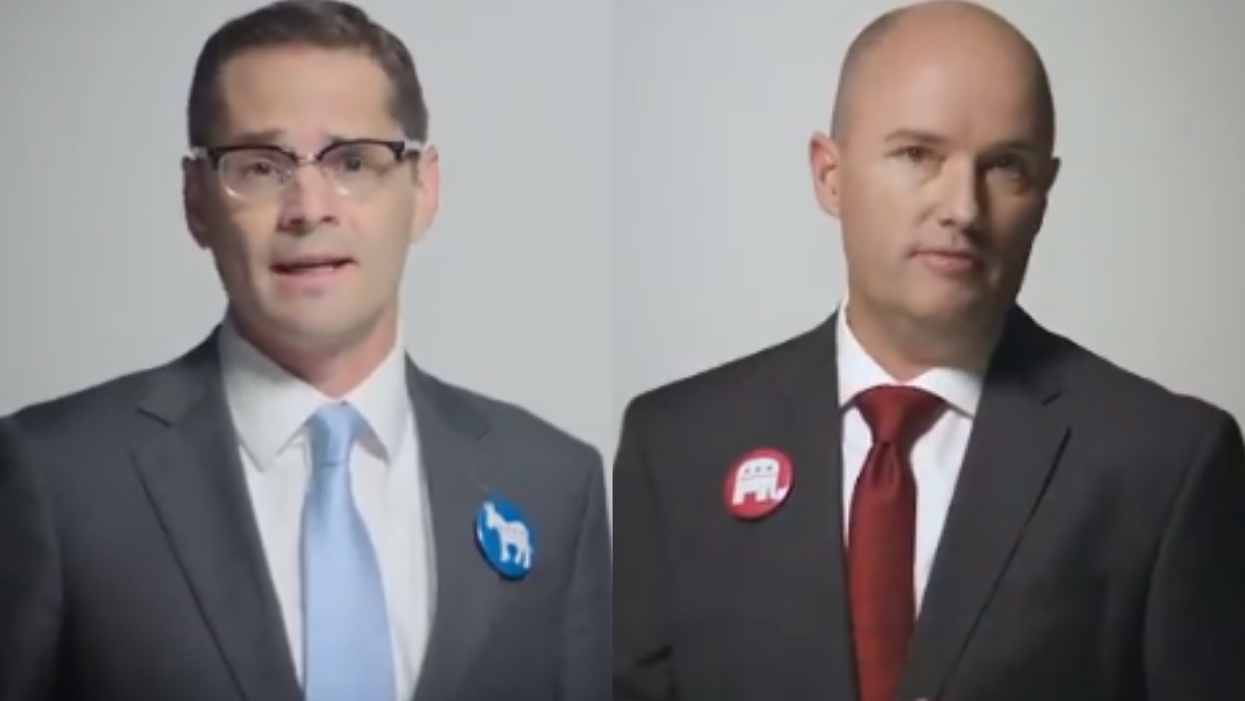 With Democrats and Republicans at odds across the United States, Cox and Peterson are reminding the American public about the importance of disagreeing in a diplomatic manner. Despite their differences in political views, they are calling for unity among voters.

On Tuesday morning, Cox took to Twitter with an announcement and a quick clip that featured him and Peterson. Both candidates acknowledged the dire state of America's national political dialogue as they weighed in on the importance of mature interactions during the campaign season.

"I'm not sure this has ever been done before...but as our national political dialogue continues to decline, my opponent @PetersonUtah and I decided to try something different. We can disagree without hating each other. Let's make Utah an example to the nation. #StandUnited #utpol"

I’m not sure this has ever been done before...but as our national political dialogue continues to decline, my oppon… https://t.co/UZ2MilTiaZ
— Spencer Cox (@Spencer Cox)1603198790.0

Peterson went on to urge the citizens of Utah to lead by example, re-commit to decency and continue to uphold America's democracy despite everything going on on the national stage.

"While our national political dialogue continues to decline, Chris and I agree that it's time we expect more of our leaders and more of each other," Cox said. "Utah has an opportunity to lead the charge against rank tribalism and commit to treating each other with dignity and respect."

"There are some things we can agree on. We can debate on issues without degrading each other's character. We can disagree without hating each other," they said, adding, "And win or lose, in Utah, we work together. So let's show the country that there's a better way.

Touching on the importance of a peaceful transfer of power, Peter also appealed to the American public asking for "a national commitment to decency."

"The time-honored values of a peaceful transition of power and working with those with whom we differ are an integral part of what it means to be an American," Peterson said. "It is time to reforge a national commitment to decency and our democratic republic."

Then, Peterson added, "Let's reforge our national commitment to decency and democracy."