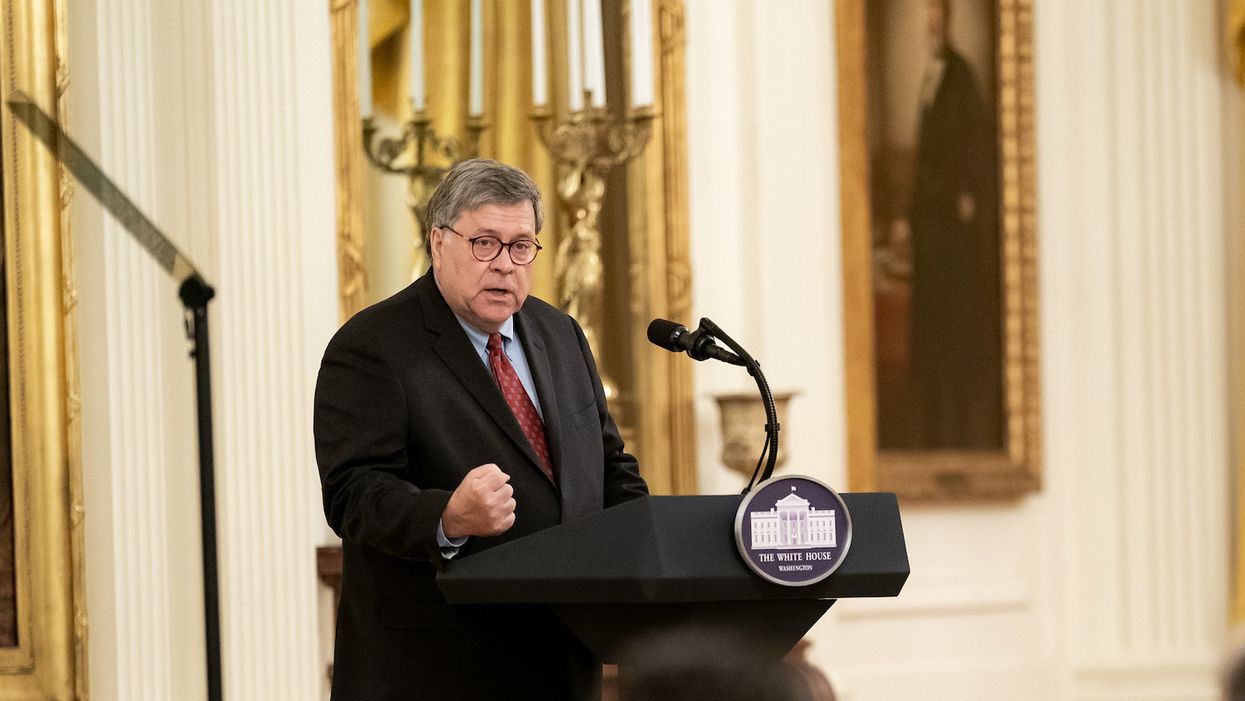 A U.S. District Court Judge is voicing his concerns about U.S. Attorney General Bill Barr's leadership at the Department of Justice — and warning that his "slavish obedience" to President Donald Trump is undermining the rule of law.

In an op-ed published for the San Diego Union-Tribune on Thursday, the Hon. Philip Halpern confirmed his departure from the U.S. Department of Justice. After 36 years serving under 19 different attorneys general and six different U.S. presidents, both Democrat and Republican, Halpern admitted that Barr has pushed him to his limit.

Halpern said while he hopes Barr's much-maligned "summary" of former special counsel Robert Mueller's report was simply an "honest mistake or a solitary misstep," he noted what he has witnessed over the past year suggests otherwise.

Describing Barr as a "well-trained bureaucrat" with no prosecutorial experience, Halpern alluded to the possibility that the attorney general's actions are a deliberate attempt to cover up Trump's misconduct. He recalled multiple, highly publicized cases where Barr disregarded career prosecutors to aid the president's cronies.

"Over the last year, Barr's resentment toward rule-of-law prosecutors became increasingly difficult to ignore, as did his slavish obedience to Donald Trump's will in his selective meddling with the criminal justice system in the Paul Manafort, Michael Flynn and Roger Stone cases," Halpern wrote. "In each of these cases, Barr overruled career prosecutors in order to assist the president's associates and/or friends, who potentially harbor incriminating information. This career bureaucrat seems determined to turn our democracy into an autocracy."

From Barr's support of Trump's voter fraud conspiracies and decision to direct federal officers to teargas protesters in Lafayette Park, to the president's long list of court battles and investigations, Halpern lambasted Barr for his ongoing support of Trump.

He also went on to explain why he opted to stay in the Justice Department as long as he has. According to Halpern, he was concerned about the integrity of the department.

"I remained in government service this past year at least partly because I was concerned that the department would interfere with the Hunter prosecution in my absence. Unfortunately, many of my colleagues without such a rationale appear to have started abandoning Barr's ship. Equally troubling, highly qualified lawyers appear to be unwilling to apply to be federal prosecutors while Barr remains at the helm," Halpern said.

"He added, "Yet, as I leave government service, I take great comfort in the fact that the career people who remain in the Department of Justice are firmly committed to the rule of law, and are some of the most dedicated, ethical and industrious individuals we have in government. At times like these, I take heart in knowing that they are all committed to preserving and rebuilding the Department of Justice that I was privileged to serve."