Trump used his campaign war chest like an ATM. Now it's dead broke — and GOP donors are furious 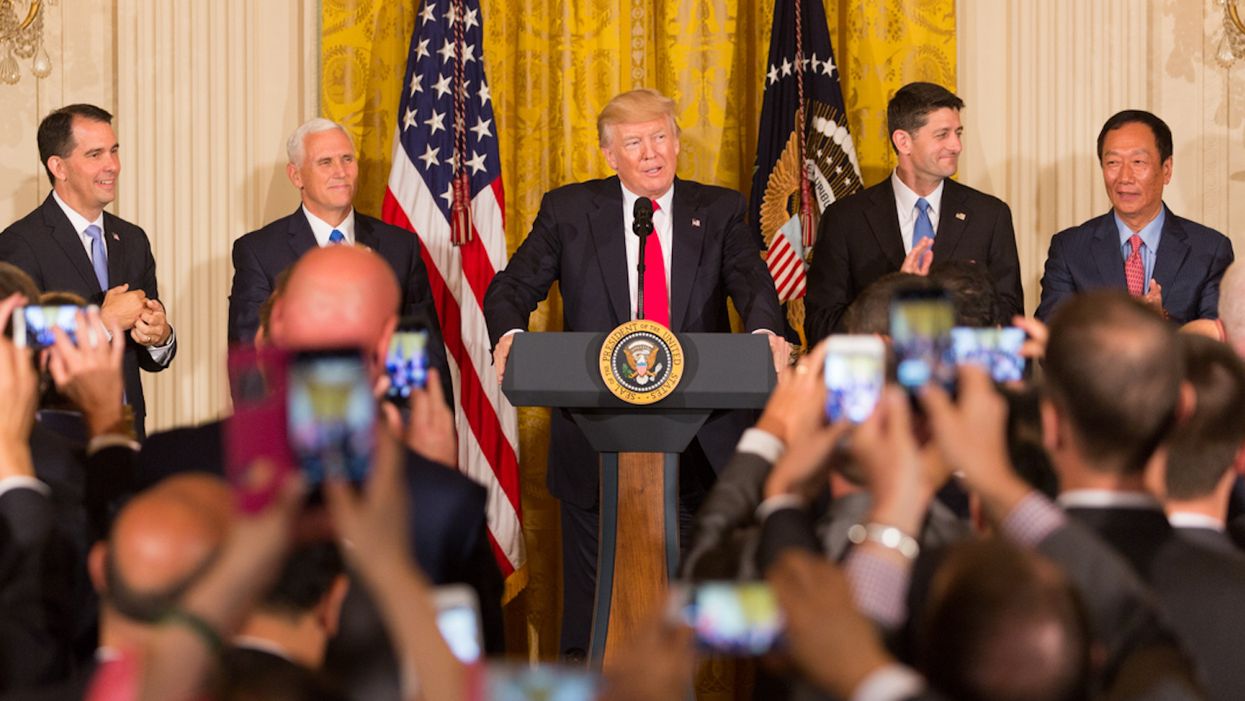 Suckers. That's clearly how major GOP donors feel after realizing that Trump's campaign is basically dead broke, he's dragging down the entire party, and he's even put Democrats in position to potentially take back the Senate.

"The Senate majority is the most important objective right now," said Dan Eberhart, who has given over $190,000 to Trump's reelection effort, according to the AP. "It's the bulwark against so much bad policy that the Democrats want to do if they sweep the elections."

Eberhart and others feel burned after the state of Trump's campaign war chest has come into clearer view in the final months of the race. Some Republicans donors even founded a separate pro-Trump super PAC, Preserve America, that was explicitly not run by Trump's people because he's clearly not sending his finest. Republican megadonor Sheldon Adelson recently poured $75 million into that PAC instead of just handing it over to the Trump campaign.

"You could literally have 10 monkeys with flamethrowers go after the money, and they wouldn't have burned through it as stupidly," veteran GOP strategist Mike Murphy told the AP of the Trump campaign's spending habits.

On the one hand, the Biden campaign is spending more than twice as much in the closing days of race—$142 million to the Trump campaign's coordinated buy with the Republican National Committee (RNC) of $55 million. On the other, Trump and his campaign aides burned through $1 billion like they were on a drunken Beverly Hills lifestyles-of-the-rich-and-famous bender.

There's the already reported $10 million Super Bowl ad bought by the campaign so Trump could feel powerful before Democrats had even settled on a nominee. There's also more than $310 million in spending that's concealed by a web of limited liability companies, notes the AP. And somehow, former Trump campaign manager Brad Parscale managed to purchase a Ferrari, a Range Rover, a $400,000 yacht, and several million-dollar-plus condos after siphoning some $40 million from the Trump campaign alone.

But really, that's just the tip of the iceberg. Here're some other choice purchases made by the Trump camp and RNC, according to the AP:

— Nearly $100,000 to prop up the release of Donald Trump Jr.'s book, "Triggered," pushing it to the top of The New York Times' bestsellers list.

— Over $7.4 million spent at Trump-branded properties since 2017

— $38.7 million in legal and "compliance" fees, including the legal costs of his impeachment proceedings

— At least $14.1 million spent on the Republican National Convention, which was relocated several times and ended up being a mostly virtual event

— $1.6 million on TV ads so Trump could see himself in the Washington, D.C., media market, where Biden is polling at about 87%

Perhaps the best strategic decision was back in May, when Parscale unleashed $176 million in spending to drag down Biden in public polling. That worked out well.

'I was enabling them': This GOP operative realized he couldn't stop the dark forces in his party — and left