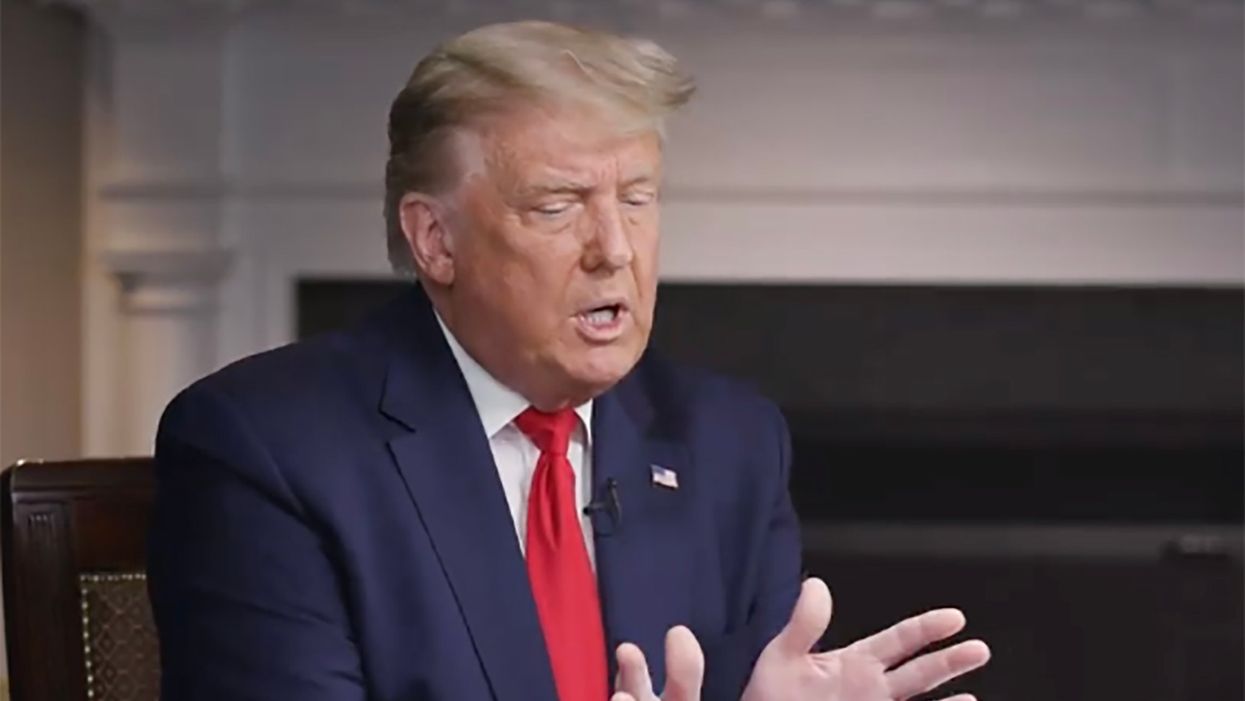 President Donald Trump has now released footage from his upcoming "60 Minutes" interview — and it starts with the president warning her that he doesn't want to deal with any tough questions.

Before the interview begins, Stahl can be heard asking, "Are you ready for some tough questions?"

"Just be fair," the president responded.

"But last time [I interviewed you], I remember you saying to me, 'Bring it on,'" Stahl replied.

"You're going to get fairness," she said. "But you're okay with some tough questions?"

"No," the president replied. "You don't ask Biden tough questions!"