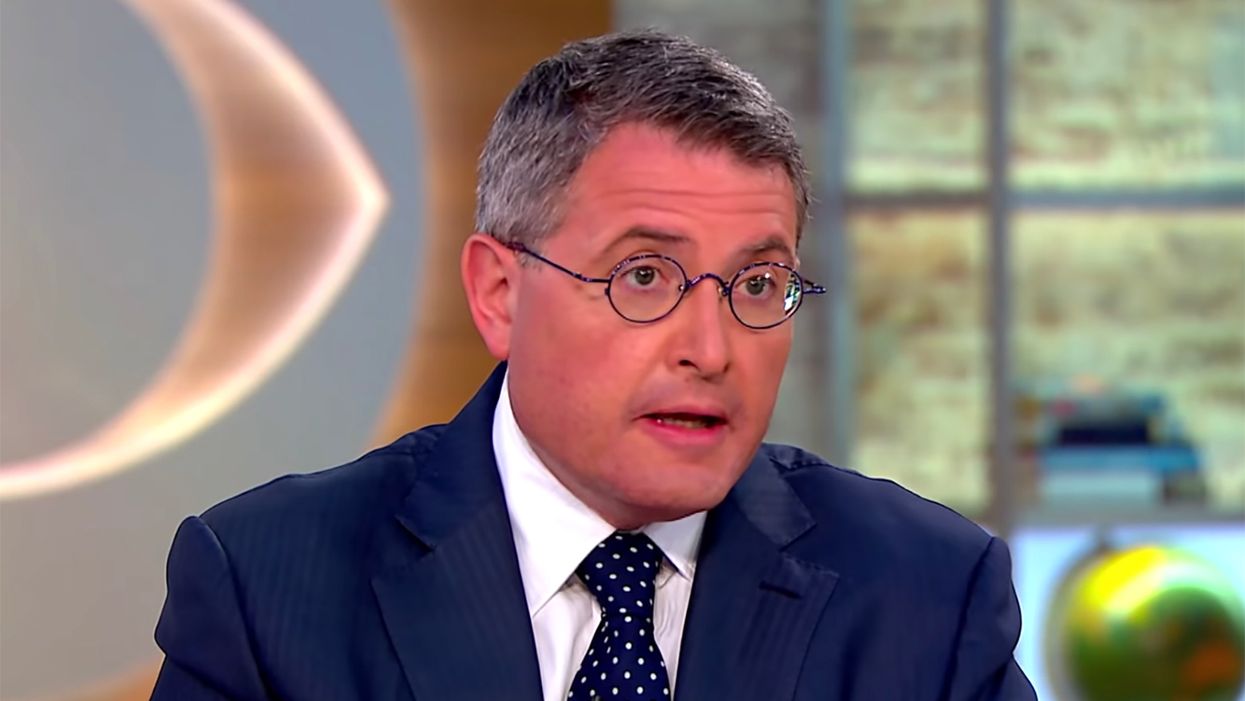 President Donald Trump's unofficial Supreme Court advisor who was actively involved in all three of his justice nominations has been revealed as the sole trustee of a perplexing group that generated more than $80 million in dark money in 2018.

A unfiled tax return for Rule of Law Trust (RLT) shows the name of Federalist Society co-chairman Leonard Leo, according to CREW. The mysterious tax return also includes a number of questionable details that raise alarms about the origin of the money.

In its first year of operation, there were no employees or volunteers working the firm's main address which appears to be a virtual office located in Virginia. The only people associated with RLT have statuses similar to Leo being Federalist Society officials who now work as "consultants" or have a long history of ties to companies circulating dark money.

The company's mission statement also notes that it strives "to advance conservative principles and causes through communications, research, strategy and assistance to other organizations."

In addition to the mysterious cash circulating and the business' hallow history, it also appears to have funneled nearly $2.7 million in company expenditures through another business known as the BH Group.

"The filing vastly expands the amount of money known to be flowing into the growing constellation of dark money groups tied to Federalist Society co-chairman Leonard Leo."

Leo is also listed as the partial owner of that firm. While there has been speculation of Leo's affiliation with the company, his true status within the company had not been confirmed until recently. The BH Group garnered attention back in 2016 after it donated a cool $1 million to Trump's first presidential election campaign. The firm also has a history of funneling funds for the purpose of campaign contributions.

Here is a quick timeline of how dark money has influenced politics over the last four years: