Trump ‘might be dragging down’ Mitch McConnell’s Senate majority with him: Election forecaster 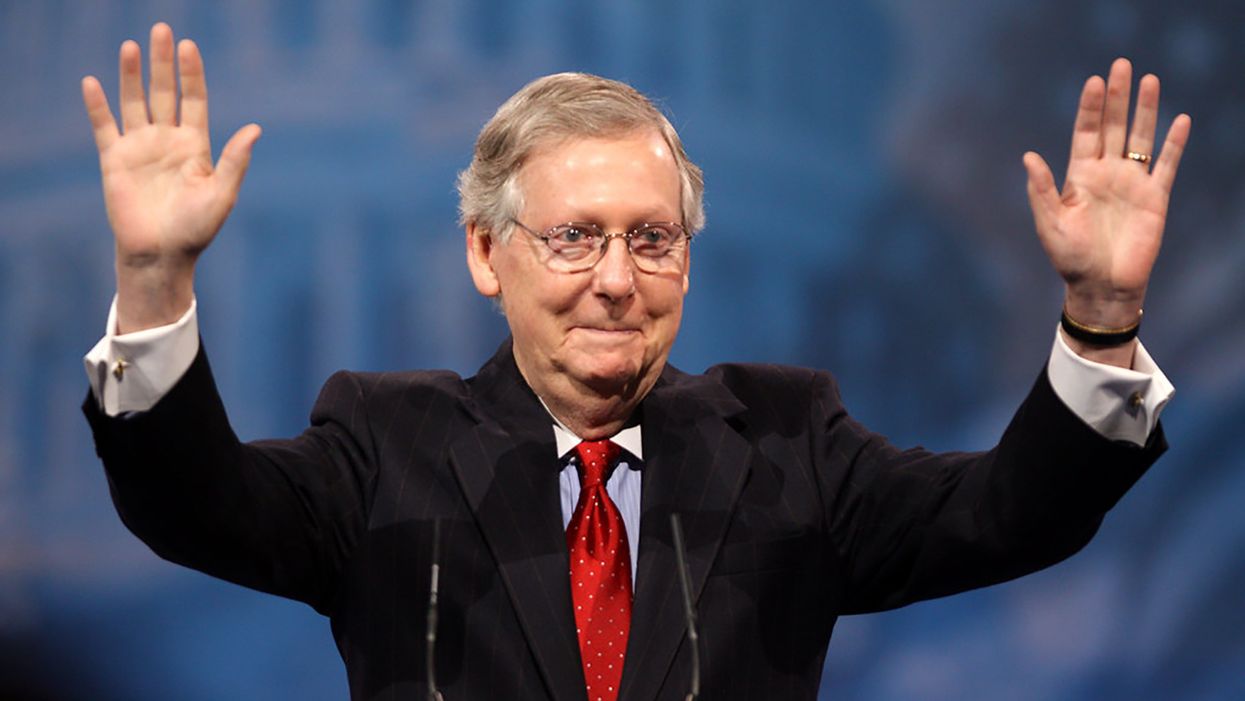 The last two weeks have been disastrous for President Donald Trump, as he's faced damning reports detailing his shady personal finances, a widely panned debate performance, and a COVID-19 infection that has burned through the president and several of his close allies.

The president is now trailing Democratic rival Joe Biden by an average of roughly nine points, according to polling averages from both FiveThirtyEight and Real Clear Politics.

And it may not just be the president who's taking political damage.

G. Elliott Morris, an elections forecaster and data journalist for The Economist, notes that his model's polling estimates now give Democrats a 71 percent chance of winning control of the Senate, which is their best result so far of the entire 2020 election cycle."Trump might be dragging down Republicans' chances of holding the Senate with him," Morris comments.

While it's true that Democrat Hillary Clinton also had a polling lead over Trump at this point in the 2016 campaign, her polling lead wasn't as strong or durable as Biden's has been throughout 2020.