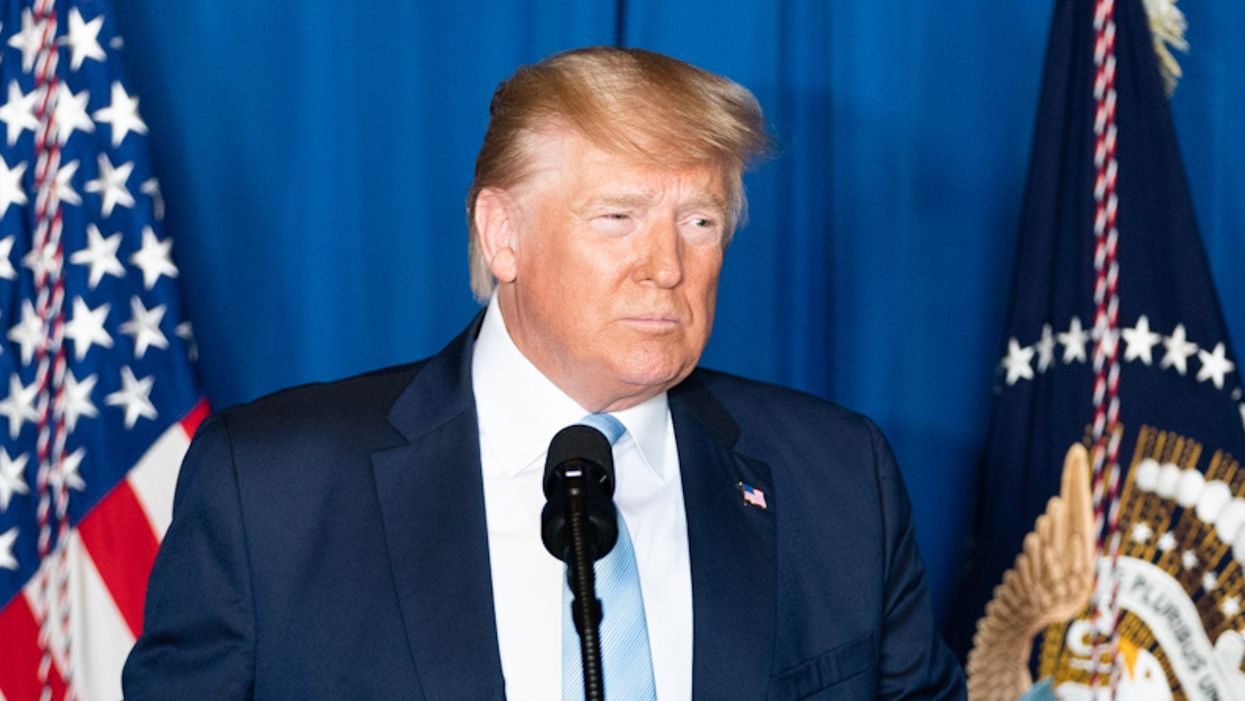 I don't actually believe that's what he's doing, but it would easy to get that impression.

On Tuesday afternoon, Trump effectively torpedoed the ongoing congressional negotiations for a second round of stimulus funds, which were likely his best hope of turning around his re-election chances:

...request, and looking to the future of our Country. I have instructed my representatives to stop negotiating unti… https://t.co/0wQXlPiQNE
— Donald J. Trump (@Donald J. Trump)1602010127.0

Here's the background: House Democrats passed a massive $3 trillion package in May that would supplement the economic assistance of the CARES Act, which aimed at fighting the COVID-19 pandemic and the resulting recession. The Democrats' package included an additional round of direct payments to individuals and families, unemployment insurance funds, and aide to state and local governments struggling with reduced tax revenues. Republicans in control of the Senate, however, refused to pass the bill and decided to sit on their hands, only beginning to negotiate with the Democrats at the end of July when the CARES Act funds were drying up.

Those talks went nowhere as much of the GOP balked at more spending, and the funding lapsed. Trump tried to use executive power to extend a fraction of the benefits, but the effect was marginal at best. The economy needs more stimulus to avoid continued financial strain, a fact that lead GOP negotiator, Treasury Secretary Steve Mnuchin, has seemed aware of. Even Trump himself favored a second round of stimulus checks to individuals, likely believing it would boost his approval heading into the election.

But now Trump is — or at least wants to appear be — pulling the plug. Jeff Stein, a Washington Post reporter who has followed the negotiations closely, explained what this means:

Trump perhaps thinks he can win by running on a pledge to pass the stimulus after the election.

He's almost certainly wrong, and his framing is disastrous for his own side. First, he's criticizing House Speaker Nancy Pelosi for insisting on a supposedly overly generous package, which is at odds with Trump's ostensible populist messaging and disregard for the deficit in other cases. Second, a recent poll found that 74 percent of voters said that the Senate should focus on economic relief instead of approving a new justice for the Supreme Court. Explicitly saying you're going to do the exact opposite is like a slap in the fact to voters, especially those who are struggling most. Even putting aside the context of the stimulus negotiations, rushing through the Supreme Court nomination was not overwhelmingly popular with voters to begin with. And it opens up the Republicans to attacks over health care and abortion where they're particularly vulnerable.

As it stands, the Trump's electoral chances are not looking great. New polling this week suggests Trump's debate performance hurt him with voters. His COVID diagnosis, as well as his subsequent decision to continue playing down the seriousness of the pandemic, probably hurt him even more. And the most recent data on the economic recovery was discouraging, especially as experts fear a third wave of outbreaks is coming as temperatures decline.

None of this is to say Trump couldn't still win. In fact, I've argued repeatedly that despite steep odds, there remained paths to victory for the president. But his best shot has always relied on significant signs of improvement in voters' personal economic welfare, where stimulus checks from the government could have the most direct impact. And on Tuesday, Trump seemed to be flushing those hopes down the toilet.